CDC warns against traveling to Mexico, other international destinations

"People don't mind the testing as long as they can get out of the country," Anita Mitchell says. 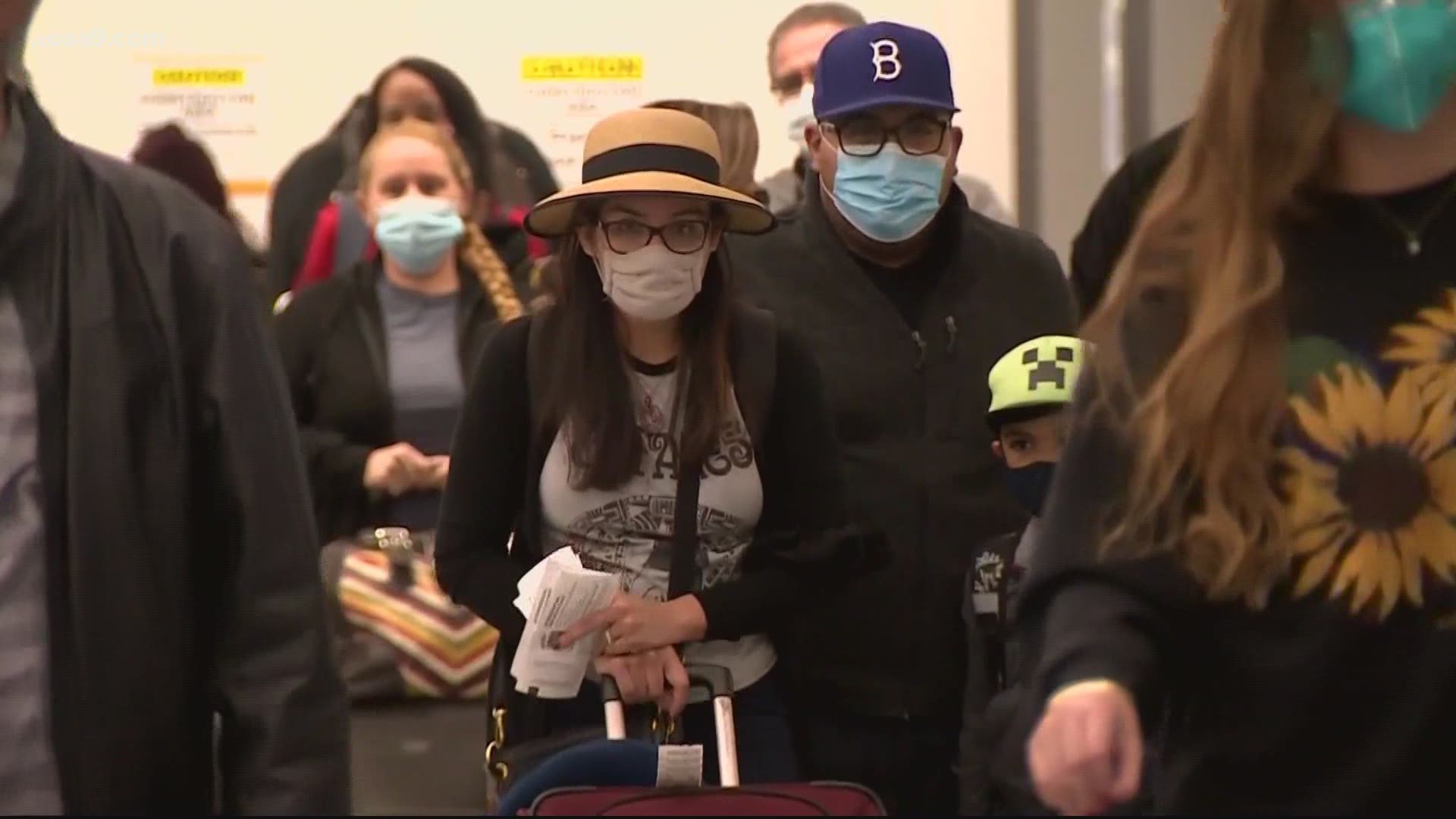 Some travelers are not taking heed to the warnings. The Tuesday before Thanksgiving, more than a million people passed through TSA. And the Sunday following the holiday was the busiest day on record since the pandemic began.

Noire Escapes is a travel agency that plans group trips for travelers. The owner, Anita Mitchell, said she expected to see a big decline in people wanting to head out of the country, but it just hasn’t really happened.

Noire Escapes started as a travel blog and expanded to a full-service travel agency. Mitchell thinks the relaxed restrictions to enter countries like Mexico are the reason for the spike in travelers heading south of the border.

“Mexico's not requiring a negative COVID-19 test to enter the country. A lot of people are flocking to Mexico in the Caribbean in general,” Mitchell said.

It’s one of the growing concerns from health officials while we wait on a coronavirus vaccine.

"The reality is that December, January, and February are going to be rough times. I actually believe they are going to be the most difficult times in the public health history of this nation, largely because of the stress that it's going to put on our healthcare system," Dr. Robert Redfield, CDC Director said.

But despite the constant warnings, Mitchell said people are still booking trips.

“They want to travel regardless. They’re saying, ‘OK, wear a mask, maintain distance at six-feet,’ they’re willing to do that as long as they can go somewhere.”

The CDC has listed Mexico at a level four risk category, which is the highest risk level for COVID-19. Mexico’s President is also pleading with people living in the country to cancel their upcoming holiday plans.

Not all countries are like Mexico. Let’s use Jamaica as an example. On their website, anyone over the age of 12 must prove a negative test from the last 10 days from a clinical laboratory to enter the country.

“Some of the other countries that do require some type of testing, people don't mind the testing as long as they can get out of the country,” Mitchell added.

The CDC is encouraging Americans to NOT travel to Mexico right now. Anita Mitchell, Noire Escapes creator says, "People don't mind the testing as long as they can get out of the country." #GetUpDC pic.twitter.com/xcA1ZQCvld

As travel fatigue sets in for many people, travelers are encouraged to look at all the restrictions before heading out of town. With the Christmas holiday approaching, the CDC and World Health Organization suggests limiting travel and only spending time with those who live in your household.

Meanwhile, Mitchell said she’s seen more travelers planning trips for late 2021 and 2022 in hopes the coronavirus pandemic is under control.

RELATED: Coronavirus cases continue climbing in US during holiday season

RELATED: 58% of Americans say they'd take a COVID vaccine. But is that enough to reach herd immunity?