With warm and sunny weather in the DMV on Saturday, groups of people headed out to Virginia parks that reopened with limitations. 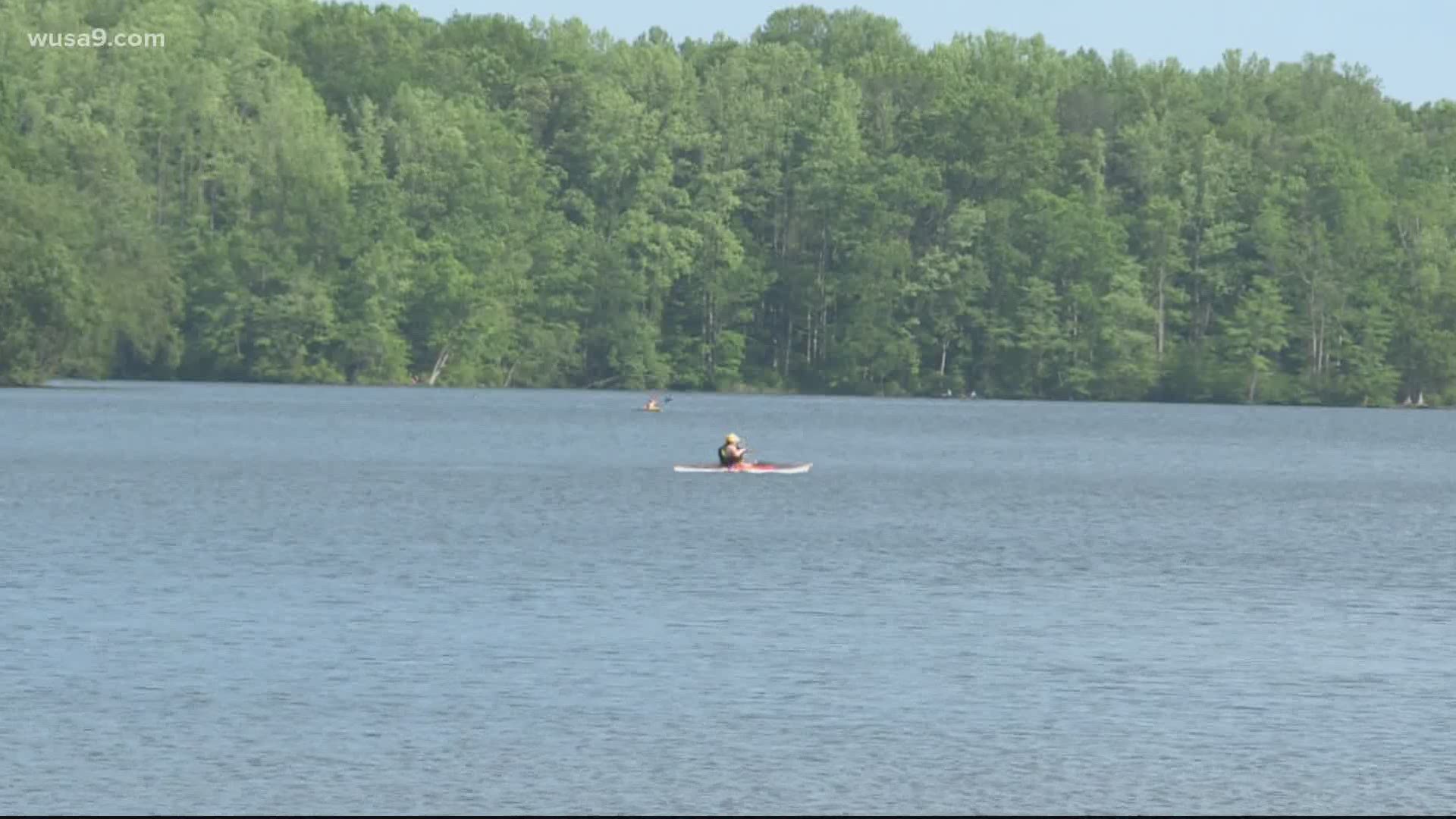 VIRGINIA, USA — Nice weather over Memorial Day weekend in the DMV could continue to bring crowds of people to parks, something WUSA9 saw first hand at multiple locations on Saturday in Virginia.

At Virginia Highlands Park, a pleasant evening brought out families and walkers.

While the parking lot had few open spaces at the time, plenty of open ground could be found across sections of the park. And as children played around the park, others walked along trails or sat in the shade.

The partial reopening meant amenities like playgrounds, picnic shelters and athletic courts were still closed off to the public.

However, WUSA9 witnessed small groups on the basketball courts and soccer fields.

In total, 148 Arlington County parks reopened for limited use on Saturday.

According to county leaders, some of the park amenities could return by early June.

Memorial Day weekend also marked the first weekend Fairfax County park parking lots were open to the public after the beginning of the pandemic.

At Burke Lake Park on late Saturday afternoon, parking lots were generally crowded but groups kept their distances from one another.

No large gatherings were spotted and several walkers were seen wearing masks.

Burke Lake was one of 427 Fairfax County parks open on Saturday.

However, restrooms and other amenities remained closed off to the public.

The warm weather on Saturday also brought out bikers in other areas, including along the C & O Canal.

While people on the trail were close when passing one another, WUSA9 did not witness any large gatherings.

RELATED: Sections of Montgomery County Parkways open for pedestrian use through Memorial Day

RELATED: Heading to the beach for Memorial Day weekend? Here's what to expect.