Are stay-at-home orders working? The government can't track your cell phone data to find out – but private companies can

At this time, DMV leaders haven't proposed tracking individual cell phone data. But when a viewer asked us to find out if it's even legal, we asked the experts. 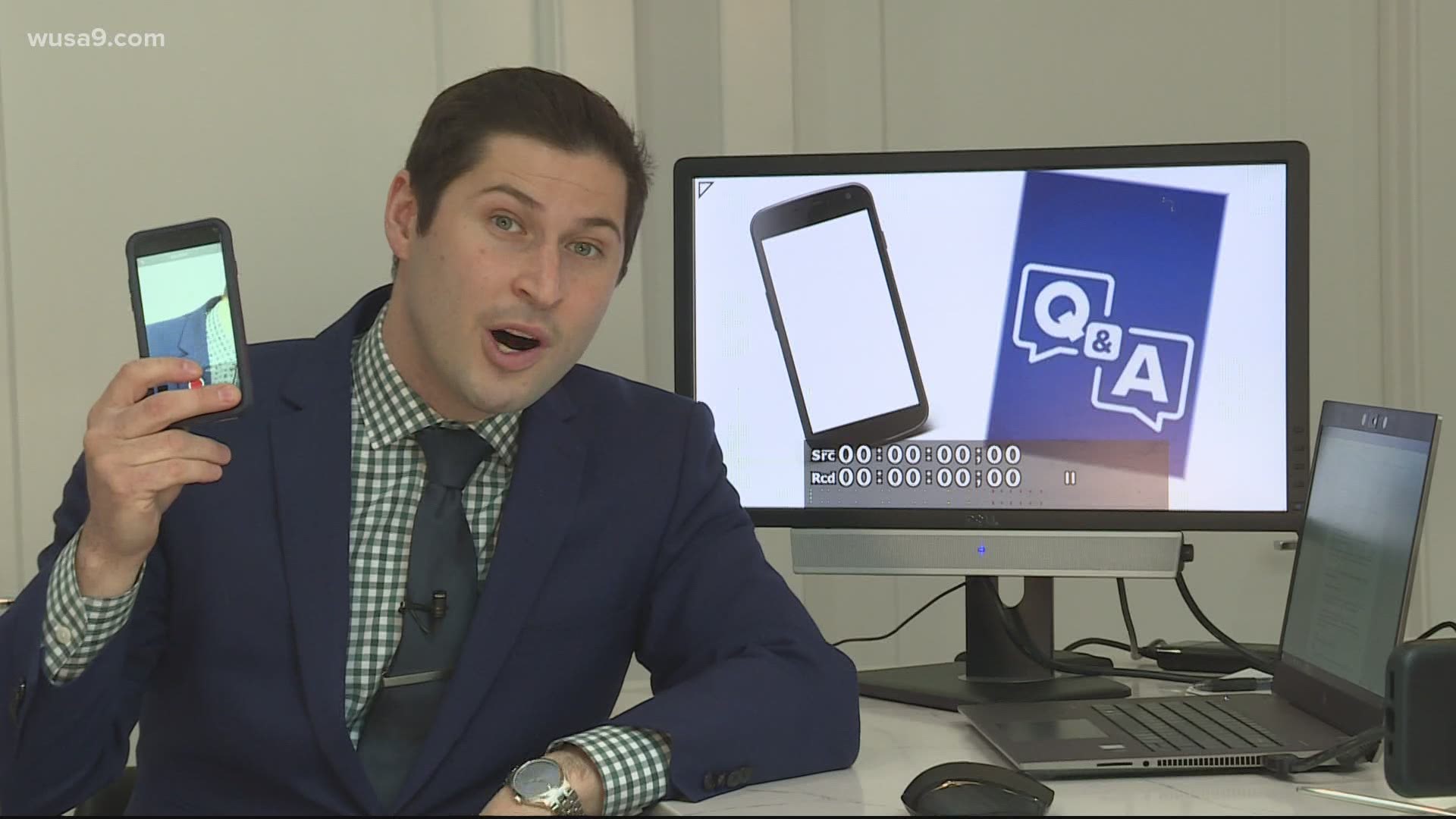 WASHINGTON — A month ago leaders across the DMV took action to combat the spread of COVID-19, by ordering residents to stay home – disrupting every day life and business as usual.

“This is a deadly public health crisis—we are no longer asking or suggesting that Marylanders stay home, we are directing them to do so,” Maryland Governor Larry Hogan said on March 30.

Over the past month, researchers have tried analyzing whether these executive orders have been working. Are more people sheltering in place? Are fewer people congregating in public, and if so, how can we quantify and visualize this?

A viewer contacted WUSA9 after hearing claims that governors in other states were going to start "using cell phone data to track compliance and movement."

Neither Hogan, Virginia Governor Ralph Northam nor D.C. Mayor Muriel Bowser have expressed interest in doing something like this.

Still, WUSA9 explored whether it would even be legal.

Experts at the Brennan Law Center for Justice and ACLU DC said that when it comes to tracking your specific phone – that would raise all sorts of privacy concerns.

"Could they roll it out without people's knowledge, I think, would raise fundamental Fourth Amendment questions as to whether or not it constitutes both a search of people's data... and... does it constitute as trespass?” Monica Hopkins, ACLU DC's executive director, said.

Hopkins said this would be a question for the courts.

Rachel Levinson-Waldman at the Brennan Center for Justice said its nearly impossible to keep tracking 100% anonymous.

“So if the government was going to put something on my phone. A.) they couldn’t really do that, and, B.) they just would be getting individualized information, there’s sort of no way not to," Levinson-Waldman said.

In fact, Levinson-Waldman explained that if the government wanted to get data from cell phone carriers about a person specifically, they’d need a warrant.

But if that’s the case – how are researchers creating maps online getting their data?

“There are lots of kinds of companies and lots of players that hold that data right, it's not just my cell phone provider. It's apps that I have on my phone that are collecting location information, it's data brokers that information is being provided are sold to. And once it's going there, those companies have a lot more freedom to give or sell that information," Levinson-Waldman said.

Our experts say there would be major privacy concerns if leaders tried to track your individual cell without a warrant in this pandemic.

Analysts using info from third-party apps can only get general data that doesn’t lead back to you.