'I am moved and delighted to have received such an overwhelming reaction that has gone beyond our highest expectations,' Bocelli said. 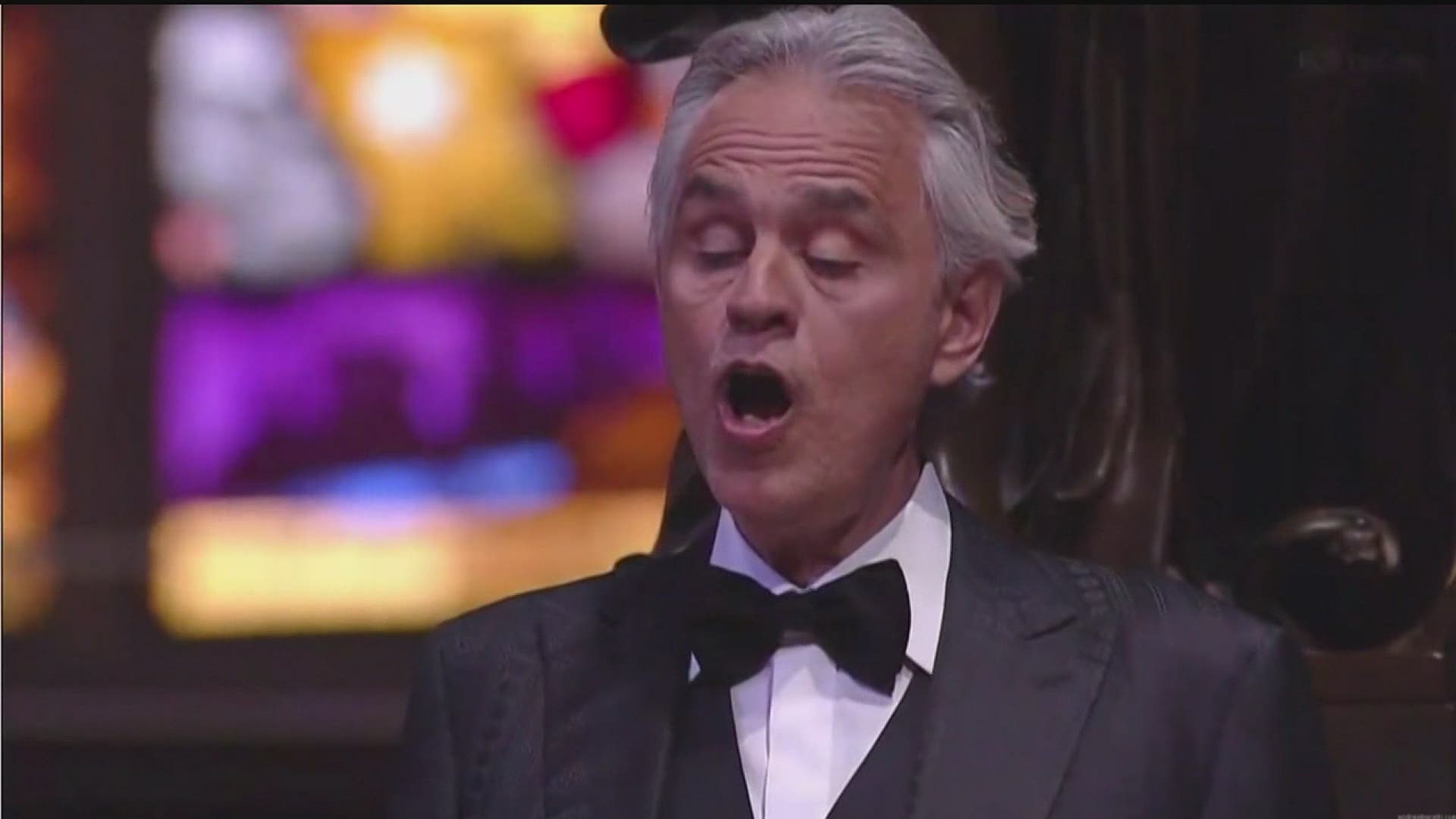 The live stream on YouTube reached over 2.8 million concurrent viewers and was the biggest audience for a classical live stream in YouTube history.

In total, Bocelli's 25-minute “Music For Hope — Live From Duomo di Milano” received more than 28 million views within 24 hours and has over 35 million views as of Wednesday afternoon.

“I am moved and delighted to have received such an overwhelming reaction that has gone beyond our highest expectations," Bocelli said in a statement provided to Variety. "It was an immeasurable honor and privilege to lend my voice to the prayers of millions of people, gathered in a single embrace — a small, great miracle of which the whole world was the protagonist and which confirms my optimism about the future of our planet."

Bocelli's performance has also been trending No. 1 on YouTube in several countries including U.S., U.K., Italy, Canada, Spain and throughout Latin America, according to Variety.

“YouTube is honored to have played a role in making sure the world could to come together, as one music family, to see, hear and listen to Andrea Bocelli’s performance on such a historic day in time,” Lyor Cohen, YouTube’s global head of music, said in a statement provided to Variety.

At the invitation of both the City of Milan and the Duomo cathedral, Bocelli sang several pieces to an empty cathedral with organ accompaniment. Bocelli ended his performance with a rendition of "Amazing Grace."