The ACLU, several nonprofits and inmate family members have filed a court petition to ask for cleaning supplies and to consider releasing non-violent prisoners. 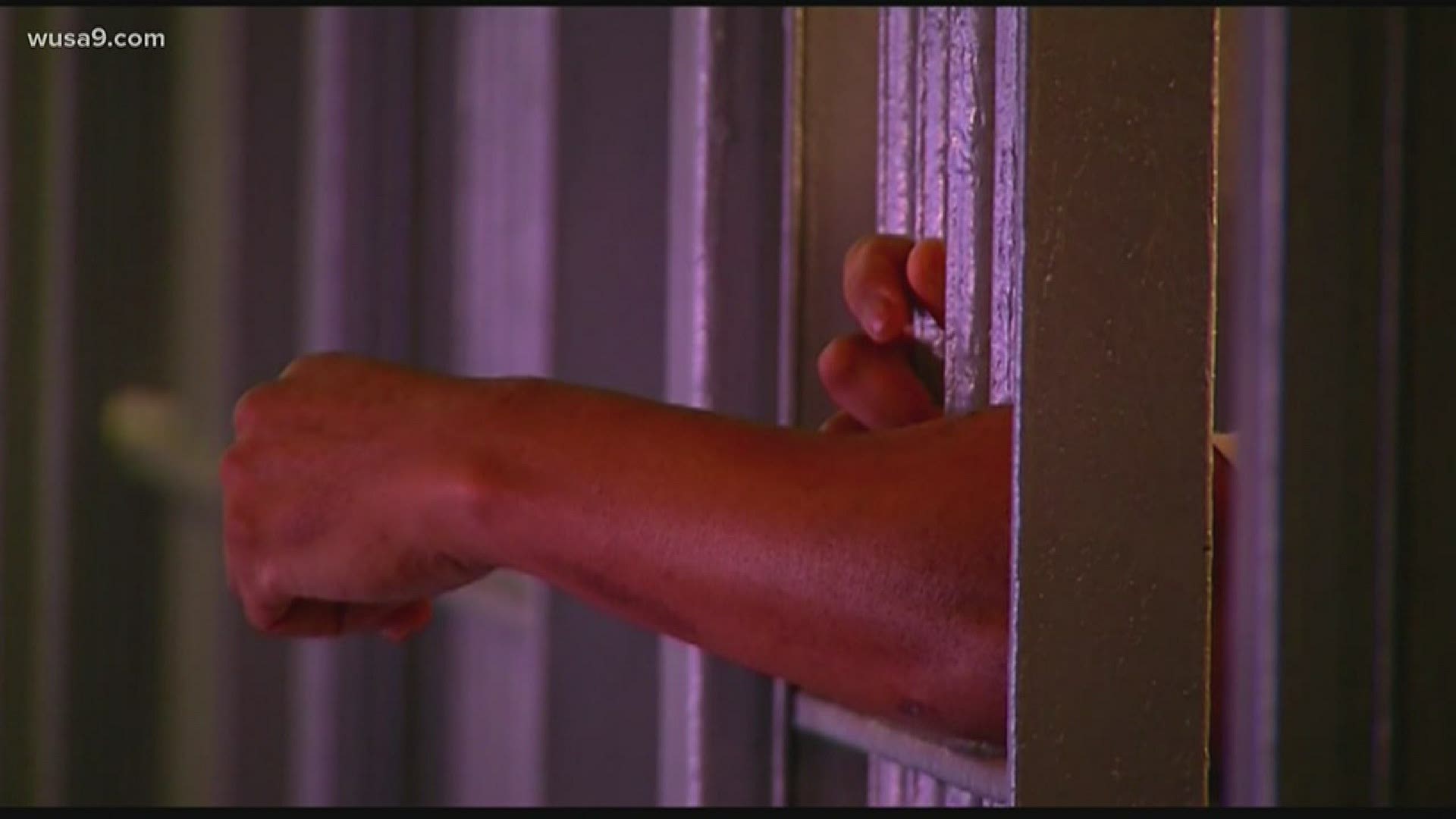 ANNAPOLIS, Md. — Behind the wires, and behind the walls of Maryland prisons, the families of those inside say they're growing more fearful by the day.

"Everybody in there is scared, they’re all scared," Martina Hazleton, wife of a state inmate in Cumberland, said. "They feel like they’re sitting ducks."

Families of several Maryland prisoners teamed up with the ACLU and a coalition of nonprofit groups to file a court petition. They hope to compel Gov. Larry Hogan to begin releasing some non-violent inmates and ensure more cleaning supplies get into inmate’s hands.

Hazleton says her husband’s pre-existing medical conditions make him a target for COVID-19.

"My husband called me this morning and said, 'I don’t have my medication,'" Hazleton said. "So COVID has taken a front seat to everything. He suffers from hypertension. He’s a vulnerable part of this population."

Unlike D.C. and Virginia, Maryland does not publicly post the numbers of COVID-19 infections and quarantines at its correctional facilities. WUSA9 checked and the last public post addressing COVID-19 on the Department of Public Safety's website or twitter account was March 12, when prisons were closed to visitors.

"Prisons, or any sort of custodial situation, is like a petri dish," Patrick Moran, president of the American Federation of State, County and Municipal Employees Union representing prison employees, said. "The number one thing we need to see right now is testing. We need to see testing across the agency, in every single prison, every single employee, every single inmate."

While not directly addressing the ACLU-led lawsuit, Gov. Hogan's office listed recent measures state prisons are taking against COVID-19. They are listed below in the department's own words:

"People were not sentenced to death," Julie Magers, family member of a current inmate, said. "They were not sentenced to pain and suffering, but that’s exactly what’s happening here. So on behalf of our incarcerated population, our families, we are expecting the governor and state to take serious and immediate action."

RELATED: Coronavirus cases at DOC triple in one week