Due to the seriousness of the bacteria, parents are urged to get medical evaluations for their children. 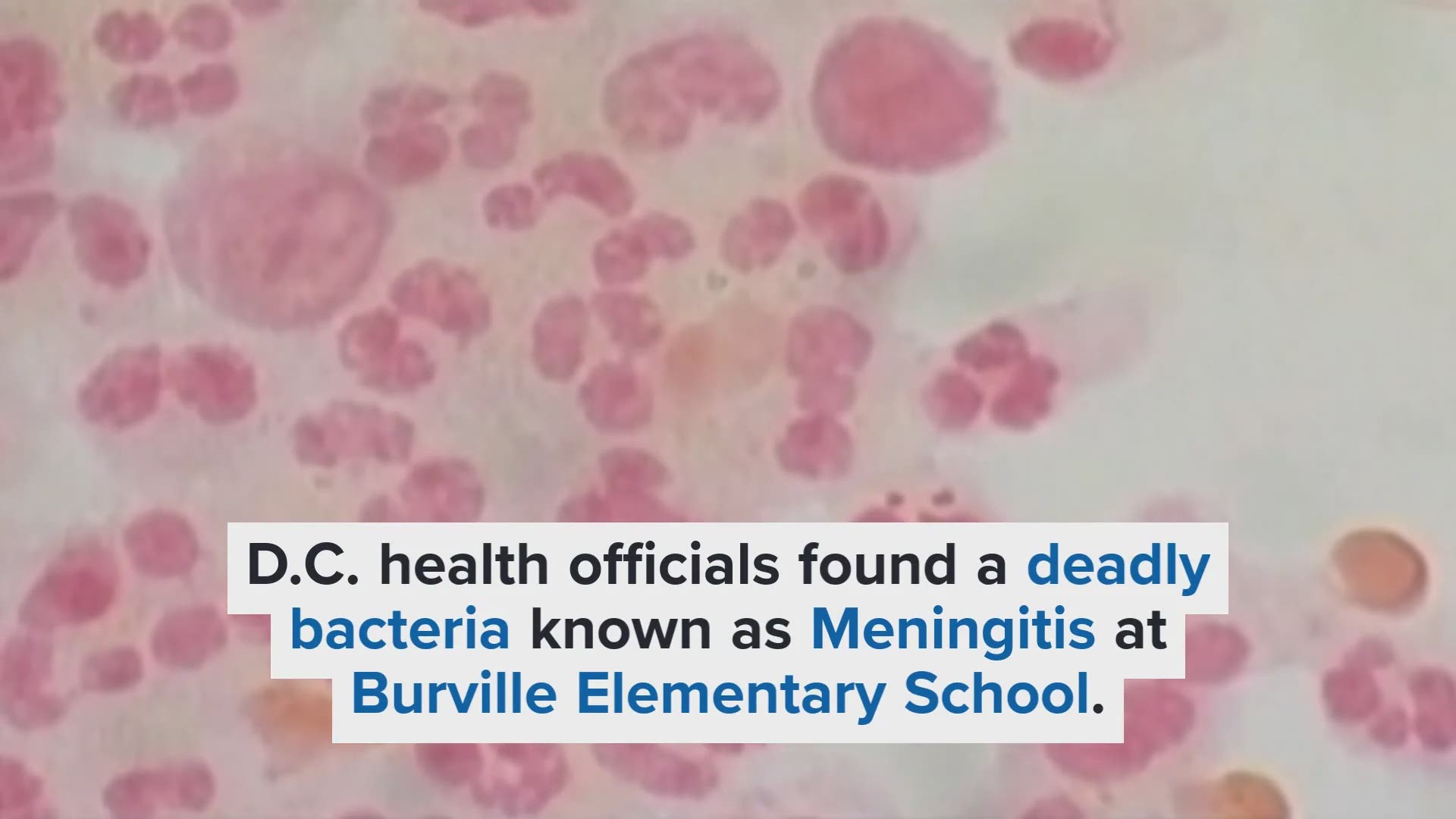 WASHINGTON — Deadly bacteria has been reported in a D.C. school and now health officials are urging parents to seek medical attention for their children.

D.C. health officials sent a letter to parents Friday warning them of the discovery of Meningococcal, also known as the Meningitis at Burville Elementary School.

The letter urges parents to take their child to their healthcare provider for further evaluation following the possible exposure to the bacteria at the school.

According to the District's Health Department, Meningitis is a contagious bacterial infection that can lead to brain and spinal inflammation or in some cases death.

D.C. Health officials said Meningitis can easily spread through close contact with an infected person for a long period of time. They said it can also be spread through saliva or mucus from a cough or a sneeze.

The letter said if a child has experienced any of the following symptoms they must seek medical attention immediately.

The letter also included pages of information on the Meningitis Bacteria, including the sanitation procedures to remove the infectious outbreak.

So far, there have been no reported illness within the school.

VIEW THE LETTER BELOW:

RELATED: 31 cases of viral meningitis at University of Maryland