An ethics attorney is encouraging furloughed employees to get clear guidance from their respective departments before creating GoFundMe pages to help during the government shutdown. 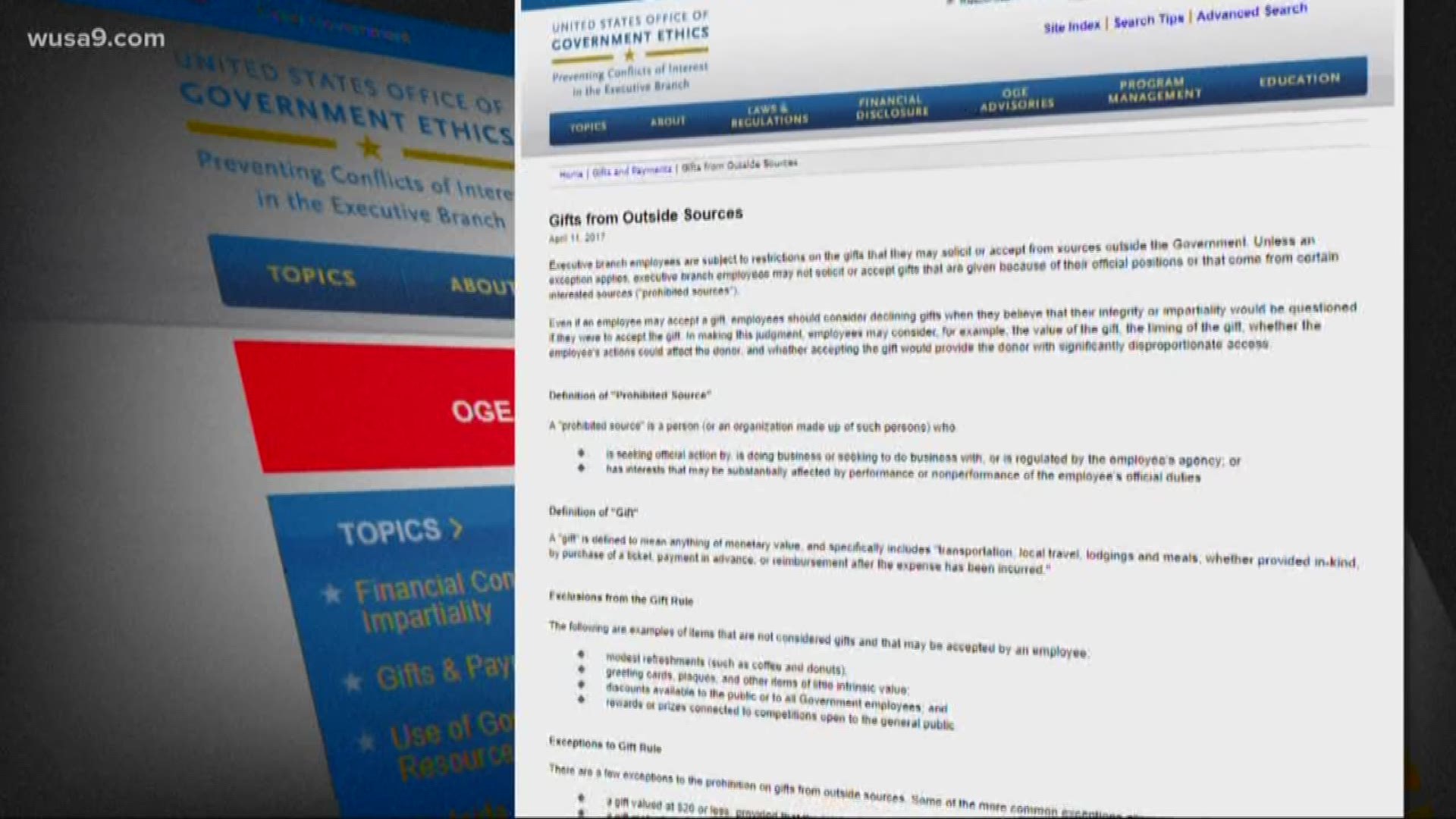 WASHINGTON — A lot of furloughed federal employees turned to GoFundMe to help pay the bills during the Nation's longest Government Shutdown. However, D.C.-area attorney said in doing so, they may have accidentally violated federal ethics rules.

“I’ve got a big red flag. And it’s not just on the federal employees. It’s on the responsibilities of the agencies,” said Virginia Canter.

RELATED: Federal workers and contractors turn to GoFundMe to cover their bills

Canter is the Chief Ethics Council with a non-partisan group called CREW, or Citizens for Responsibility and Ethics in Washington. That red flag she’s waiving is about the thousands of GoFundMe accounts created to financially help thousands of Federal employees during this shutdown.

“Federal employees are subject to the standards of conduct – basic ethics rules and there’s specific provisions in the ethics rules that bar them from accepting gifts from outside entities – if they’re prohibited sources, which means that they do business with the agency. Or if they’re offered because of their official positions. And employees are also discouraged from soliciting gifts,” said Canter.

She said a spouse creating a GoFundMe page, may not be a workaround.

The specific gift rules she’s referring to apply to all Executive branch employees. This includes furloughed Department of Treasury or Justice Department members.

RELATED: Federal workers and contractors turn to GoFundMe for help

Canter says OGE, or the Office of Government Ethics, hasn’t specifically addressed these accounts and how to handle them during or after the shutdown – and that’s a big problem.

“It’s another thing when they’ve missed not one paycheck, but two paychecks and there’s no foreseeable end to this. So there’s no excuse for why the White House cannot show leadership on this specific issue to get the Counsel’s Office to work with the Office of Government Ethics and the Office of Management and Budget to resolve this,” she said.

Canter can’t give legal advice on these donations, but she is encouraging furloughed employees to reach out to their respective departments and push to clarify whether these gifts are okay – just to make sure furloughed employees do not get in-trouble trying to get help.