Nearly 300 teachers and supporters rallied on Freedom Plaza Thursday to protest the funding cuts in the FY 2020 budget. 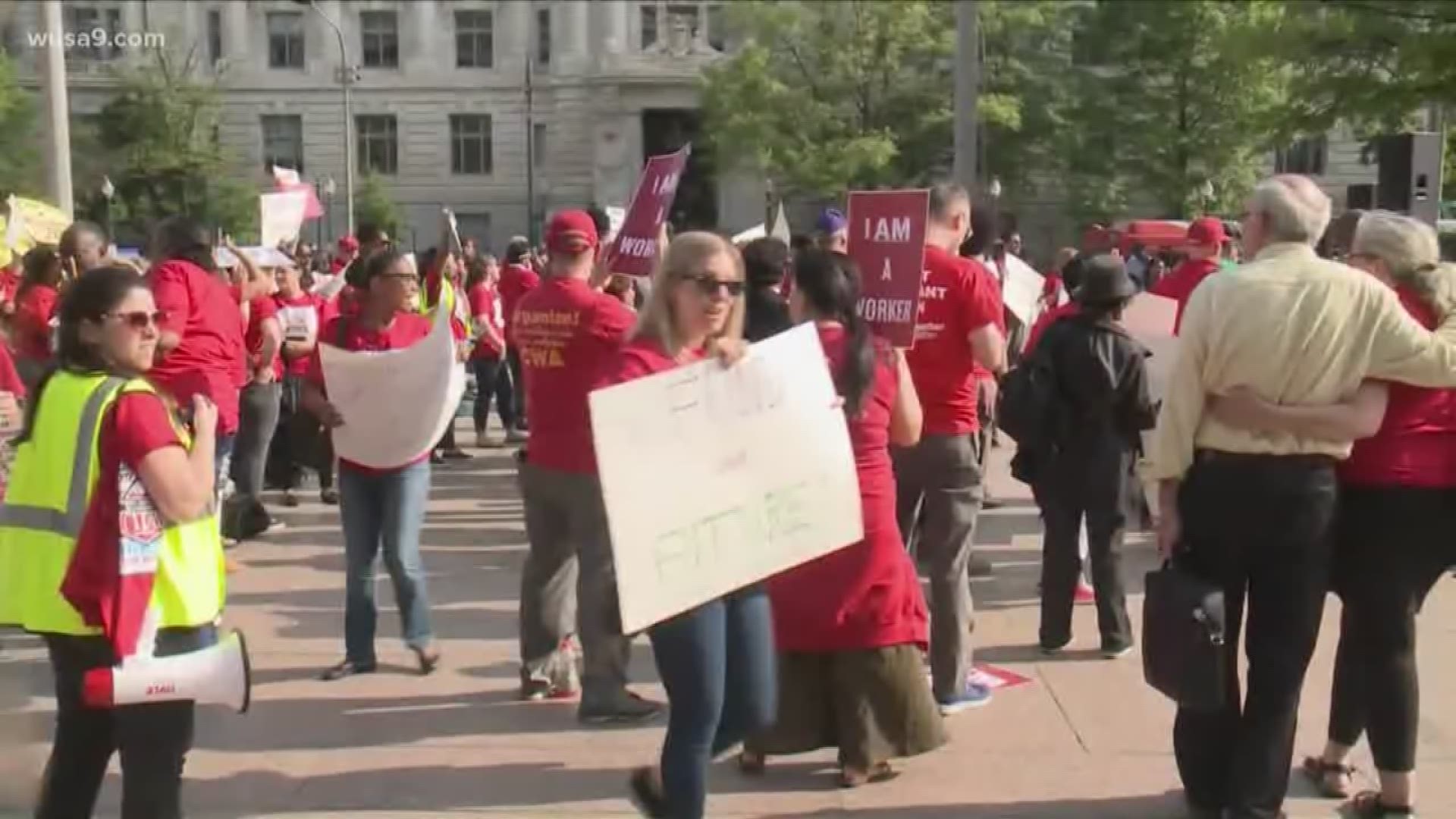 DCPS teachers and supporters rallied outside of the Wilson Building Thursday afternoon in protest of the funding cuts in the FY 2020 budget.

Elizabeth Davis, the President of the Washington Teachers' Union, said she's seen the D.C. public school system stagnate in her 35 years of teaching -- and she's determined to change that.

Davis believes the budget is a step in the wrong direction.

“I regard it as a budget for sharecroppers education," Davis said. "I believe that this year’s budget was just a slap in the face for parents and schools."

She and other teachers say their students, especially those living in Wards 7 and 8, face enough hurdles as it is.

“That the students have a healthy breakfast in the morning ... They’re dealing with a safe passage home in the afternoons and before school, making sure they can get from point A to point B safely," Sean Perkins, an Algebra II teacher at Ballou High School, said.

Ballou High School is looking at a $1.3 million funding cut, which is part of the $10 million Ward 8 schools overall are projected to lose.

Perkins is mostly worried about is class size.

“Now we’re talking about increasing that by 25 to 30 students per class … the students … when I told them about the classroom size getting larger, they were like 'oh we really don’t want that, we like our classes the way they are, the small sizes, that way we can get the attention that we needed,'" he said.

The Washington Teachers' Union has a plan to fix that.

The President said they submitted a proposal to the council's education chairs that requests an additional $35 million in funding and an increase in resources for students who are feeling the many effects of poverty, to name a couple changes.

“We want the political operatives, the elected officials, the mayor and the council, to put their money where their mouth is," Davis said. "They talk about education being a priority but the funding does not align with the promises."

They've put together a petition to present to the council.