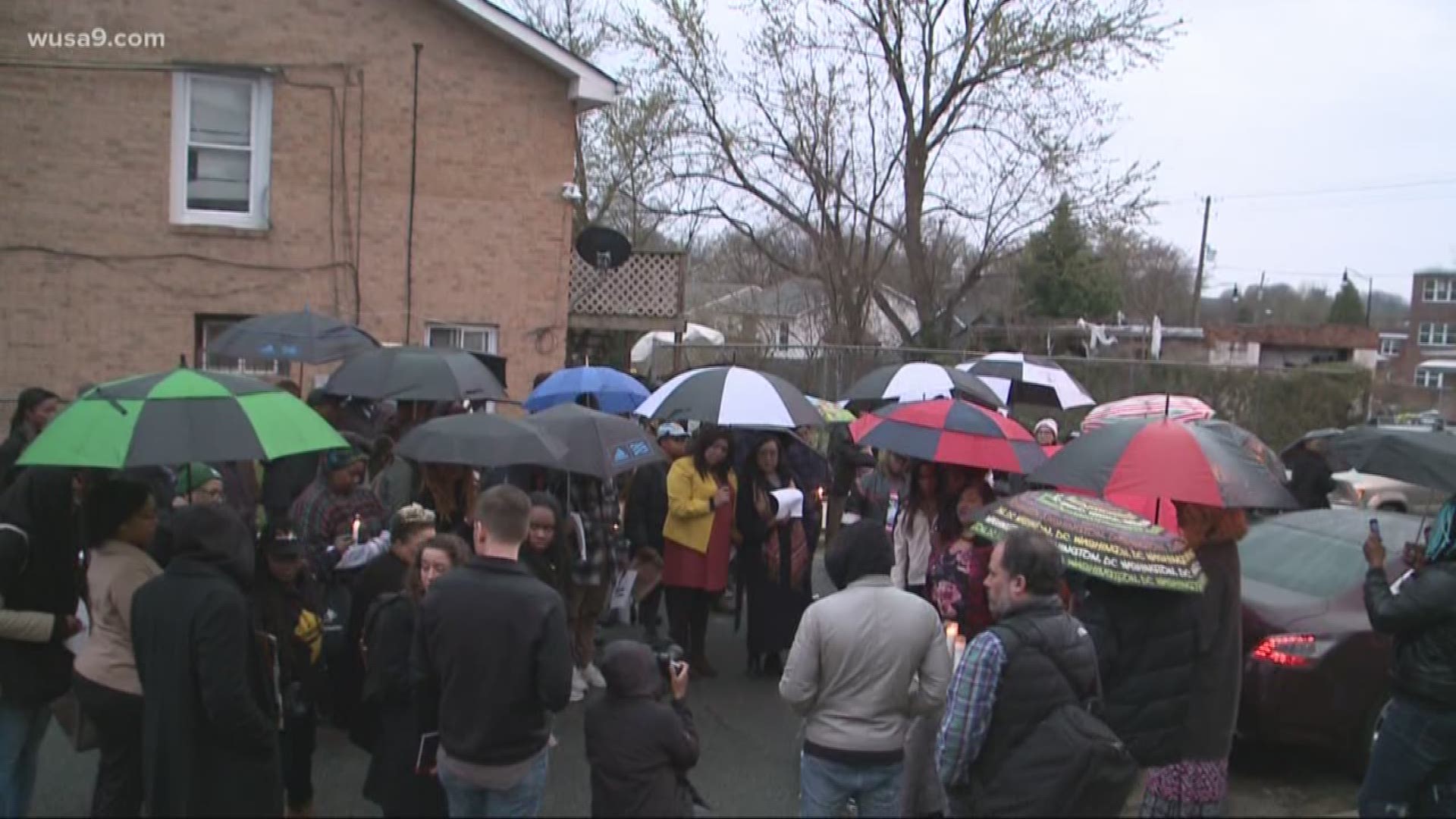 WASHINGTON — On Tuesday, friends gathered to remember the life of a young transgender woman who was recently shot and killed in Prince George's County.

Ashanti Carmon, 27, of Alexandria, died on the 5700 block of Jost Street in Fairmount Heights Saturday morning.

Tia Corry attended a candlelight vigil in Carmon's honor on the same street block where she was shot.

RELATED: 'I will love you forever' | Man remembers fiancee after she was shot, killed

Corry said she knew Carmon for 10 years and that her friend always had a smile.

"[She had] so much motivation, passion, and just very driven to actually be somebody," Corry said.

Carmon was the second transgender woman to die in that part of Prince George's County, near the D.C. line, in three years.

"To brutally shoot down and kill someone and leave them on this road, in this street, that way, it is horrific," said Earline Budd, a non-medical case management specialist at HIPS in Northeast DC.

She said she is disappointed to see another transgender person lose their life on the region's streets.

"Our city's not new to trans issues," Corado said. "We've had these conversations before."

A $25,000 cash reward is being offered for the tip that leads to the arrest of Carmon's killer.