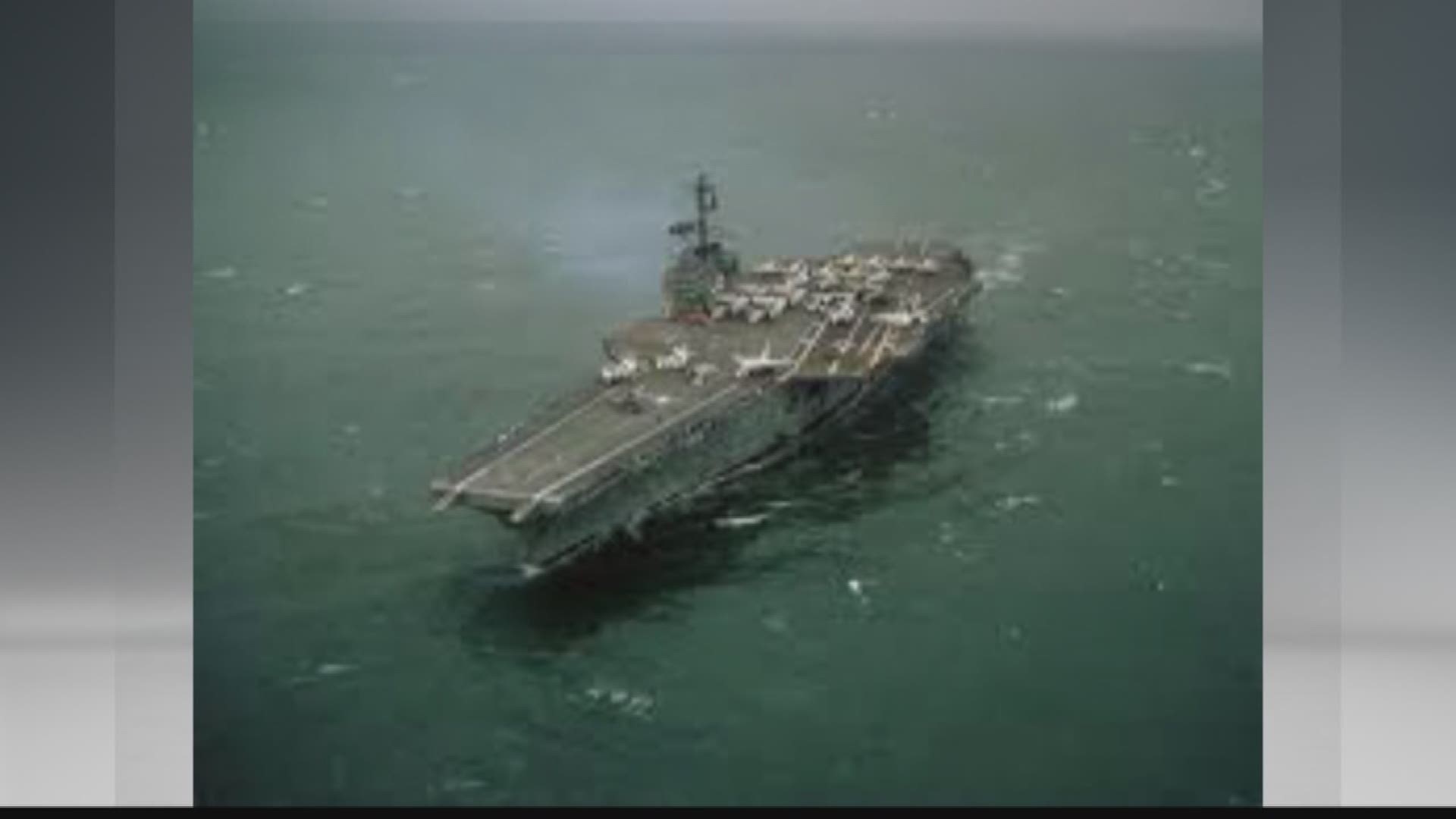 VIRGINIA BEACH, Va. (WVEC) -- Remembering a day they wish they could forget.

The USS Forrestal Fire resulted in the worst loss of a life on a U.S. Navy ship since World War II.

Costello and other Forrestal alumni gathered recently at Veterans of foreign Wars Post 392, in advance of the 50th anniversary ceremony on July 29, at the Arlington National Cemetery amphitheater.

Among the many things the former shipmates discuss is, the heroism that was displayed that day by the crew.

One of them, Boatswain's Mate Gerald Farrier, has the Norfolk Firefighting school named after him. It's the place where sailors of today learn how to fight ship-board fires thanks, in large part, to the way the Forrestal team fought the fire that day.

"They could've lost the ship," said former Forrestal Marine John Corley ."But they didn't, because of the firefighting team."

Oddly, five decades later, the 134 killed and 161 injured have not been awarded Purple Heart Medals, because the criteria says the wounds must've been received as a direct result of a hostile enemy action.

The Forrestal fire, although taking place in a combat zone, during combat operations off Vietnam, was an accident.

"There's something wrong with that," said former Forrestal Marine Herb De Groft. "And that's where regulations need to back off an use some common sense. Hopefully we'll be able to overcome that and get those families or those wounded still alive a Purple Heart finally."

The USS Forrestal Association has launched a petition to get the regulations changed, to get their shipmates the medals they believe they earned.