A WUSA9 investigation reveals that antimalarial medication caused extreme and lasting psychiatric and physical side effects among some former Peace Corps volunteers. 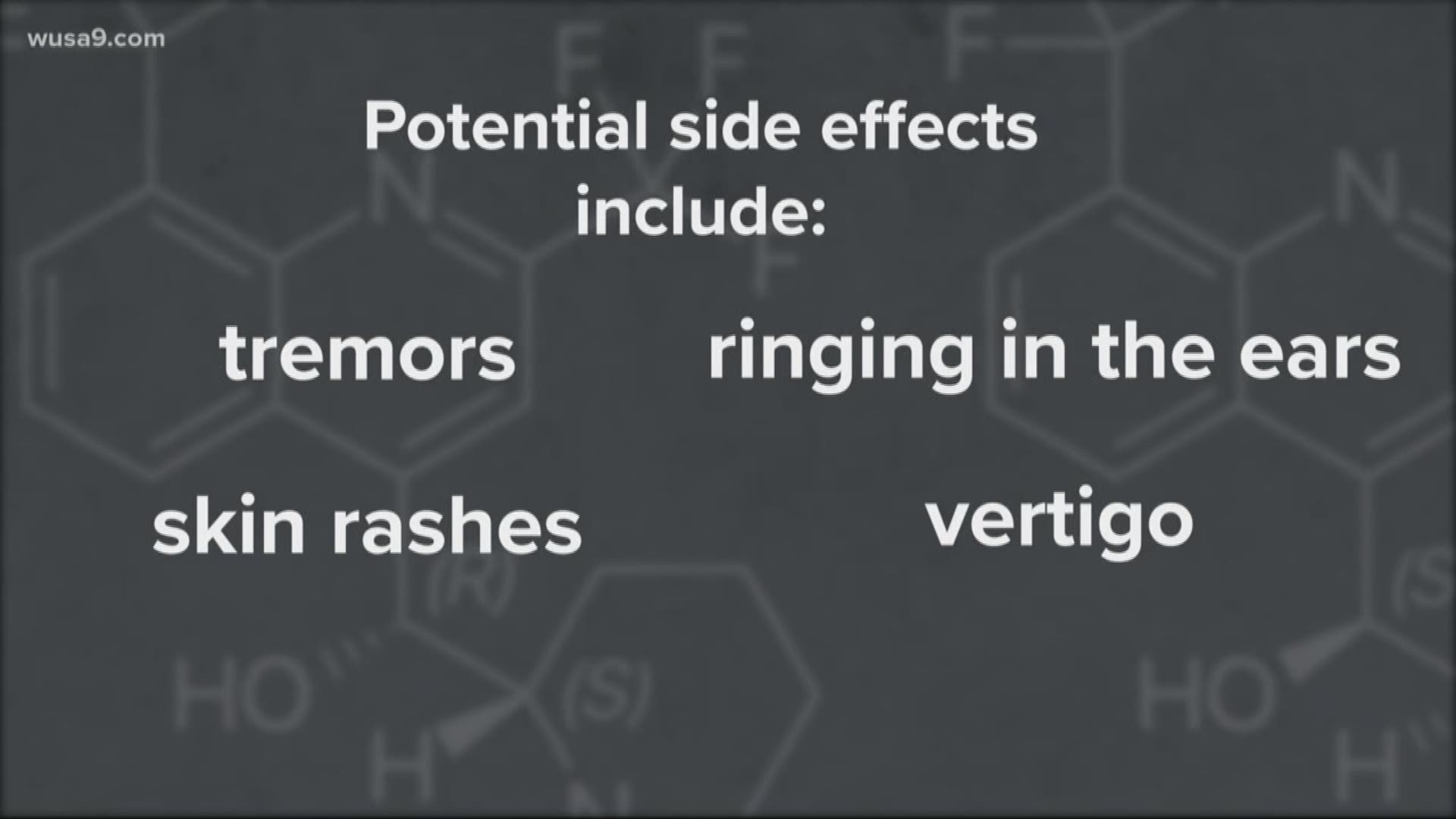 WASHINGTON -- A year-long WUSA9 investigation has revealed that the antimalarial drug called mefloquine caused lasting physical and psychiatric side effects among Americans who served the United States.

Not everyone ordered to take the weekly pill was deployed in the military. Thousands served in the Peace Corps. These humanitarian volunteers thought their service would be life-changing, but in a positive way.

Since 1989, the Peace Corps has given its volunteers mefloquine, a pill intended to prevent malaria. That's a mosquito-borne disease that can kill.

Dozens of former Peace Corps volunteers who served in malaria-prone parts of the world shared their stories and their medical records.

They insist they suffered dire consequences from a pill that is still prescribed today. They were told to take it every week. If they didn’t, they say they’d be sent home.

Potential side effects connected to mefloquine include tremors, ringing in the ears, skin rashes, vertigo, and vision problems. Others mimic PTSD: suicidal thoughts, paranoia, hallucinations. Volunteers told us they were never informed.

"Not only did they not warn us, I mean NO warning, like they gave you the pills, you took them, that was it," said Felicia Kenney, a former Peace Corps volunteer who served in Benin from 2003 to 2004. She raised concerns with Peace Corps doctors, who, she said, dismissed them.

"Peace Corps will throw you out if you don’t take their mefloquine," said Dan Thompson, a former Peace Corps volunteer who served in Mali, West Africa from 1996 to 1998. "And the thing of it is, mefloquine doesn’t work. I got malaria."

"I became very, very, very depressed," remembered Katey Wright, a former Peace Corps volunteer who in 2011, was medically-evacuated from her post in The Gambia to Senegal, for more advanced medical care.

"After about ten weeks, I became very ill. There was a specialist in Senegal who believed it was a drug-induced hepatitis that was directly linked to taking mefloquine," said Wright.

That direct connection is reflected in her medical records. Wright said it took four years to get her liver back to normal and she still suffers from severe psychological side effects.

"Just a couple of weeks ago, my husband was driving, and I was in such a deep depression, that I was ready to jump out of that moving car and end it all," she said.

"The anxiety became very debilitating," said Christi Haynie, who was also medically evacuated from Malawi to Washington, DC in 1996. Her medical records revealed “possible adverse reaction to mefloquine,” a diagnosis confirmed by her doctors years later.

The product label on mefloquine, brand name Lariam, warned that the drug should be stopped immediately if symptoms like anxiety, depression, confusion, or insomnia occur. In the dozens of cases we’ve reviewed, it wasn’t.

"I cannot tolerate sound, light, noise, movement, patterns," Haynie said of the lasting effects, more than two decades later. "Memory loss. Inability to focus. Inability to recall words. Then just falling over and bumping into walls, having the room spin on you."

We brought this array of allegations to the Peace Corps, and its Director of Epidemiology, Dr. Kyle Peterson.

"We do know that people who take mefloquine, 60% of them have no symptoms," he said.

That number surprised us. It meant that a staggering 40% of mefloquine users did suffer side effects.

"Right," said Dr. Petersen, "and that’s why this is a black box warning."

RELATED: The Peace Corps and anti-malaria drugs: What you need to know

That 2013 warning from the FDA was the strictest possible alert that a prescription drug may carry a serious hazard. In fact, it prompted a major change at the Pentagon: Mefloquine is now issued to our military only as a drug of last resort.

So why is the Peace Corps still prescribing it to so many?

Dr. Petersen responded, "I think we’re comparing apples to oranges right here. The military does have missions in tropical countries right now, but the majority of their activities are in Middle East and Afghanistan. And we did not see a large number of cases of malaria in either one of those conflicts."

He continued, "Judging by what was available on the market at that time, Peace Corps did the best job that they could."

Since the 2013 black box warning, the Peace Corps now lets its volunteers choose their own antimalarial medication. 400 are taking mefloquine pills once a week instead of the -daily- alternatives: doxycycline and malarone, which have potential side effects of their own.

'The Peace Corps is better than this'

Still, former volunteers worry that their peers may be struggling due to mefloquine. And completely unaware that the drug could be linked to their medical issues.

Felicia Kenney, the volunteer who served in Benin, said, "The Peace Corps is better than this. They’re a bunch of good people who mean well and they’re screwing over their volunteers."

Former volunteer Haynie is unnerved that the drug is still prescribed.

Mefloquine is still licensed by the FDA and available in the United States with a prescription. There’s only one manufacturer producing the drug. A spokeswoman for Teva Pharmaceuticals said the company had no comment. The manufacturer of the brand name Lariam stopped making it in 2008.

MORE ON THIS INVESTIGATION: