Rebecca Frasure has been hospitalized in Tokyo since testing positive for the virus while on board the Diamond Princess cruise ship. 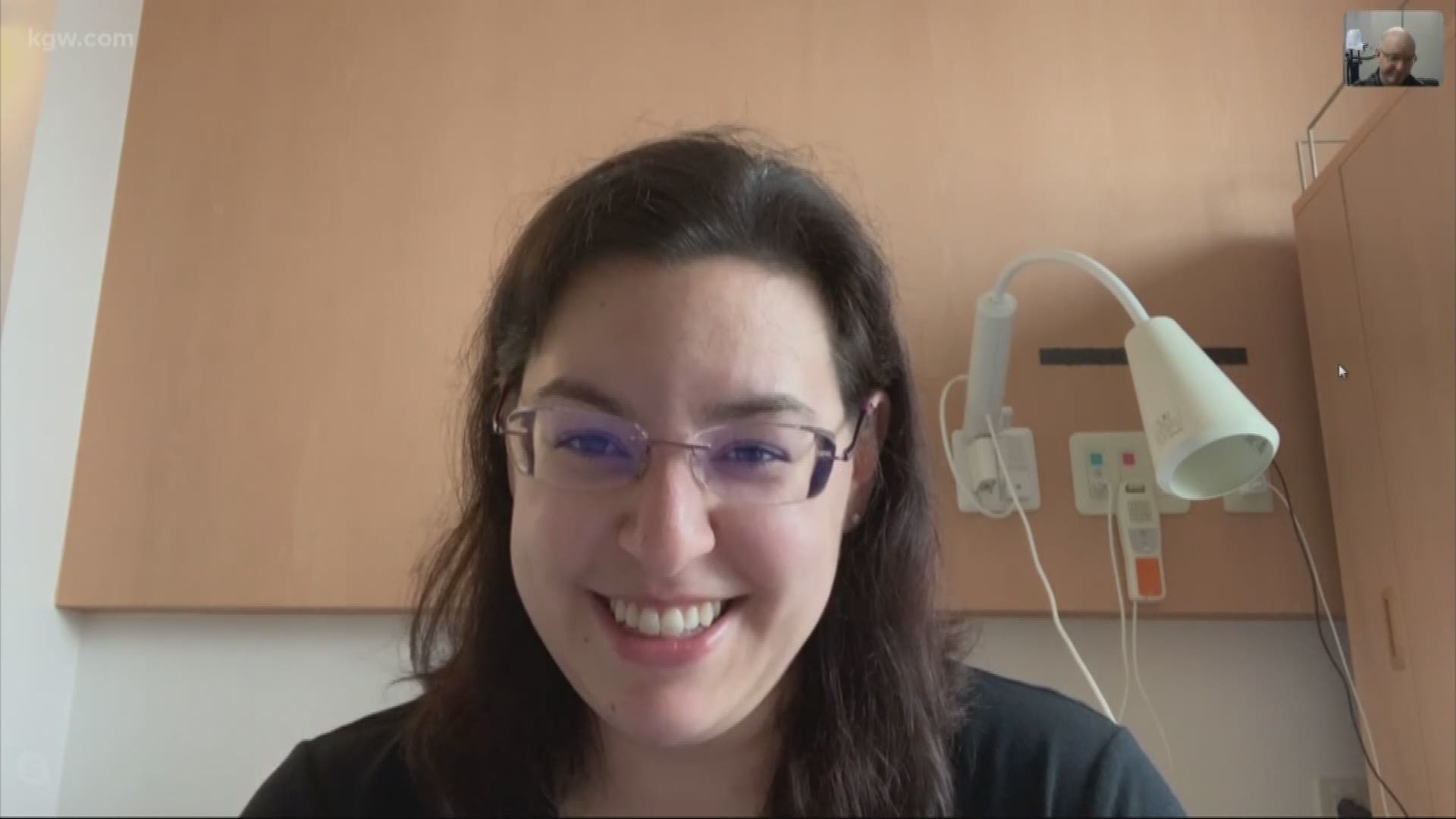 PORTLAND, Ore. — A Forest Grove woman with coronavirus could be out of the hospital in a matter of days.

Rebecca Frasure has been confined to a Tokyo hospital room since she tested positive for the virus while on board the Diamond Princess cruise ship.

"As soon as the person knocked on my door that day I was like, 'Oh no'," she said.

Frasure has reason to be optimistic. She tells KGW she has been feeling pretty good. Doctors re-tested her as recently as Wednesday.

"It's a swab. They swab in the back of your throat," she said. "It's a little uncomfortable but it just takes a second and they sent it off to the lab."

If the test, and a second test Thursday, come back negative, Frasure will be discharged. She will then be in line to reunite with her husband. He has been quarantined on the cruise ship. Until then, Frasure is finding ways to pass the time.

"I've been communicating with friends via text," she said. "Then just watching a lot of streaming Netflix and Prime."

It would be easy for Frasure to feel sorry for herself since she is isolated in a hospital room thousands of miles from home, but that is not her style.

"I'm not the type of person who flails my arms, screams and hollers, pitches a fit, what am I doing here, what's happening," she said. "I'm even-keeled."

That trait may play a major role in Frasure beating the deadly virus that has sickened her and more than 45,000 other people across the globe.

On the cruise where her husband remains with about 3,500 others, there were 418 confirmed cases of coronavirus as of Feb. 13.

"I think it's important to remind people I'm not going to bring this back with me," she said. "There's no reason to fear or panic that I'll bring it home."

Frasure hopes to be home in the next couple of weeks. She is most excited about cuddling her cats and eating a hamburger and taco.