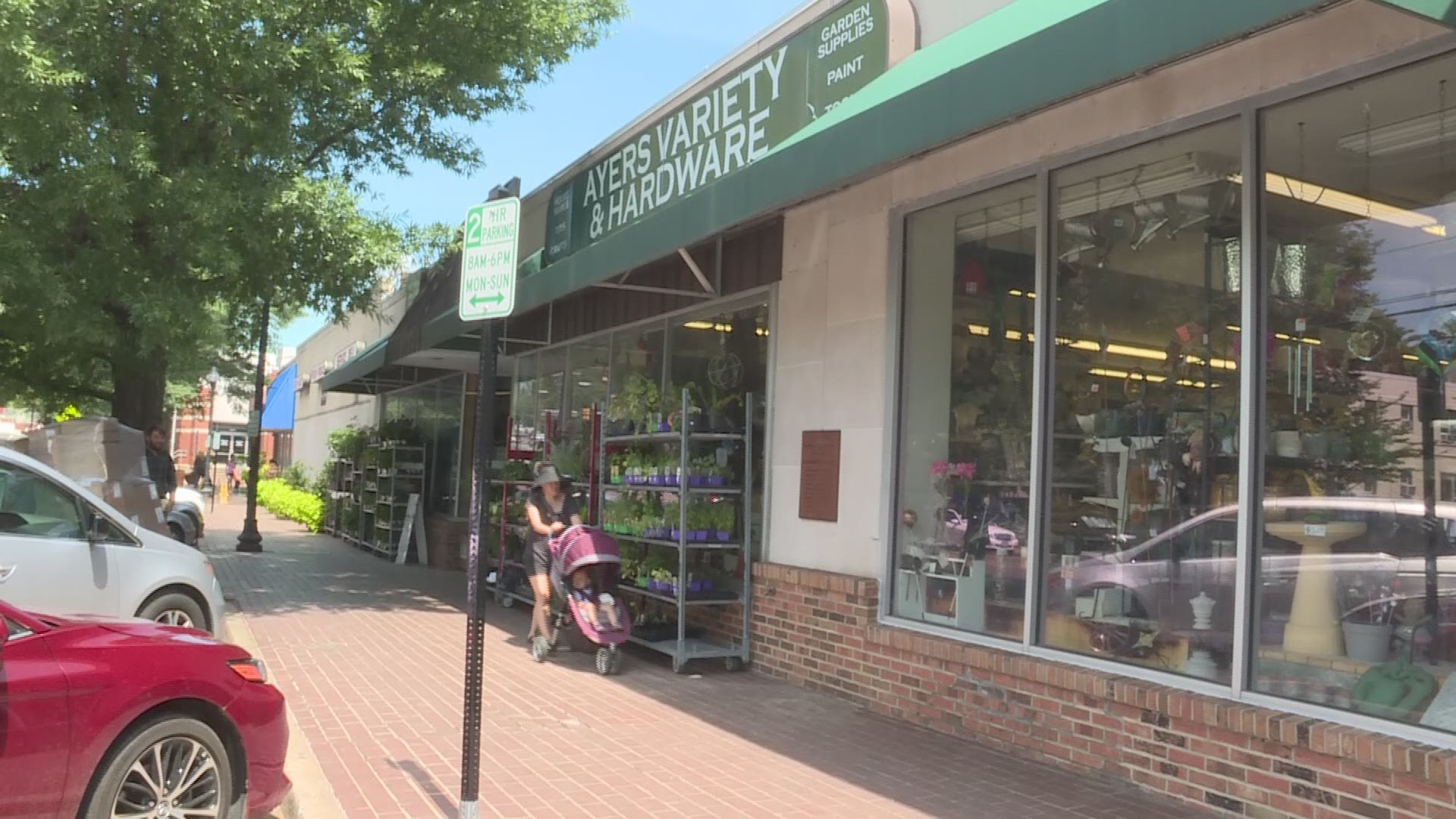 ARLINGTON, Va. — Torrential rains have devastated some family-run Arlington businesses. They're working hard to get back on their feet.

"It was like a grand rapid right through the beer garden," manager Devin Hicks said. "Straight across Washington Boulevard."

"Numbing, absolutely numbing," he said. "I've never seen anything like that."

Westover Market lost 10s of thousands of dollars in equipment, supplies, food and even musical instruments stored by local bands who play there. It has no power except from a generator for lights. The market remains closed as workers mop and clean, working hard to reopen as soon as possible.

Next door at Ayers Variety and Hardware store, it's open for business, but things are bad. Water flooded the entire basement, and all of the merchandise they stored there is ruined.

"We had probably $100,000 worth of merchandise in our basement," Kristy Peterkin, the manager, said. "We can't claim any of it. Because insurance won't cover it. It's considered an act of God."

Peterkin's parents, Ronald and Wilma Kaplan, bought the store in 1977.

"We were already having a number of down years," Peterkin said. "We think Amazon is affecting it. A lot of the older folks who are our solid customers are moving out or passing on. And we're really starting to struggle anyway. With this, we don't know what it's going to do to us. This could be devastating."

It's not the first time the Westover shopping center has been flooded, but it's the worst, according to Ronald Kaplan.

"It's a problem that the county has refused to address," Kaplan said. "This is a big bowl here. All the streets come down to us. And they don't have adequate storm water removal system here."

WUSA9 reached out to Arlington's Communication's Manager to ask about storm water runoff but haven't heard back.

The electricity is off to the whole shopping center and, they've had to bring in huge $25,000 generators to keep the lights on.

A GoFundMe account set up to help the Westover Merchants recover has already raised more than $34,000.

Both Ayers and Westover Market employees are thankful they have loyal customers and a lot of supports. They're hopeful they can weather this storm.