BRYAN, Texas -- Hard hitters and no quitters. In the male dominated sport of boxing, competitors are taught to move quick, swing hard and never throw in the towel. 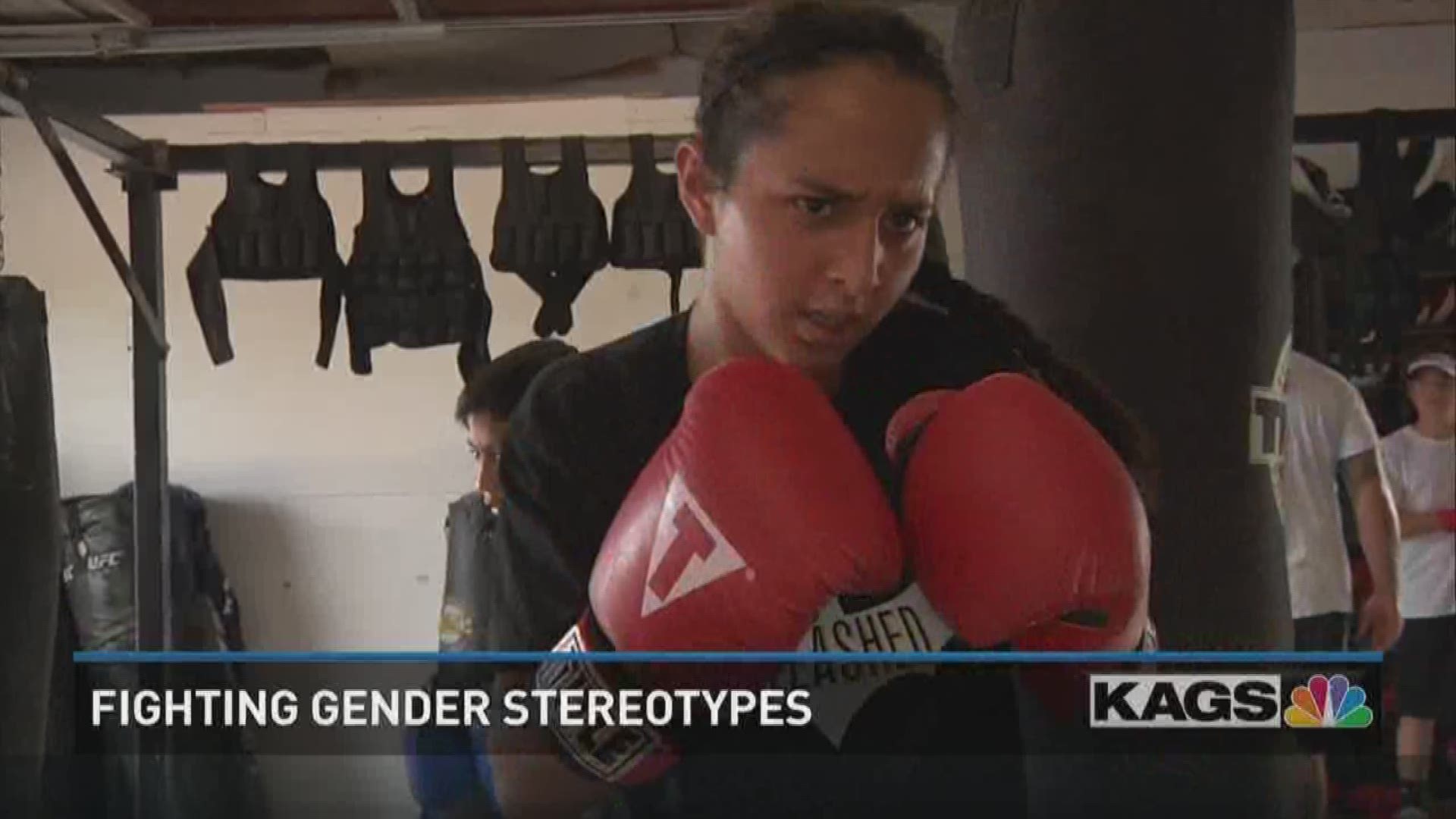 BRYAN, Texas -- Hard hitters and no quitters. In the male dominated sport of boxing, competitors are taught to move quick, swing hard and never throw in the towel.

“There are certain people that are born for this sport,” said Unleashed Boxing Owner Carl Perry.

Among the many rising stars at Unleashed Boxing club in Bryan, is 13-year-old Sara Lopez.

“Not many girls are out there, so my whole point is to show them, I might be young, small and little, but when I’m in the ring you see me change,” said Lopez.

It was a desire that sparked after seeing her little brother lose a fight in the ring, but once she was introduced she instantly fell in love.

Just like anything worth fighting for, it hasn't always been an easy journey for Sara.

“When I fought my first fighter, I realized this is actually really hard. I wanted to pass out after the first round,” said Lopez.

Weighing in at 95 pounds, Sara is one of the smallest boxers in the gym but despite her small stature, Sara says having a coach such as hers has given her the confidence to go toe to toe with any competitor.

Historically, women in boxing have been restricted to ring girls, but as one of the few female at the gym and in the sport, Sara is knocking those stereotypes out by getting in the ring and taking part in the action.

“All of the young kids follow her around the gym like she's the greatest thing ever and honestly she is. She breaks the mold of what a lot of people see boxers as being,” said Perry.

Sara says she loves being able to mentor to the younger kids in the gym, especially the young girls because she didn't have that when she started.

“ It doesn’t matter if you're a girl, if you really want to do something than do it, because there’s nothing stoping you there are no excuses,” said Lopez.