Wait times at the MVA's headquarters in Glen Burnie continued to top four hours Monday for some people trying to renew their driver's licenses. 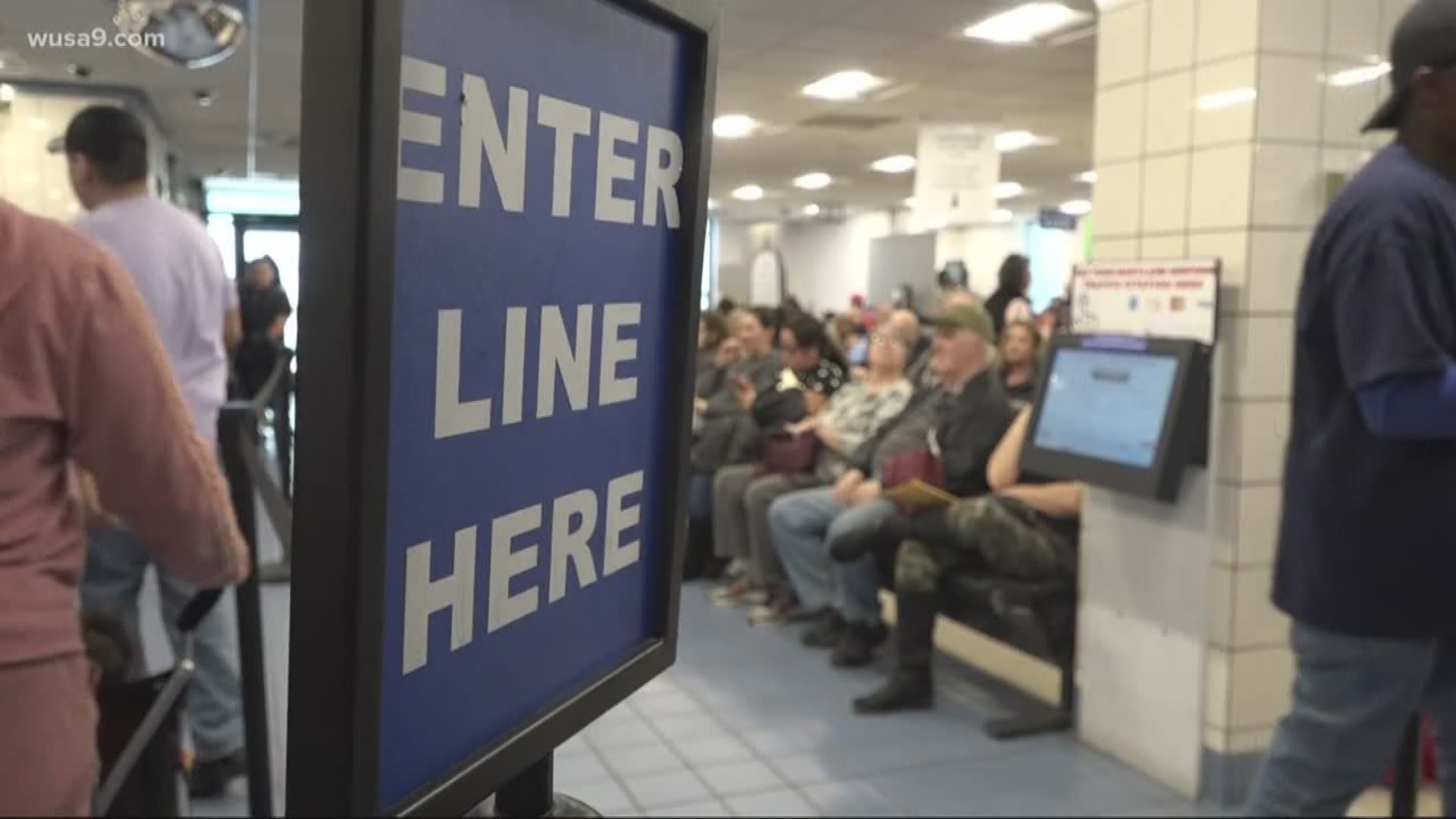 GLEN BURNIE, Md. — Maryland is adding at least 100 temporary workers and extended hours two days per week at the Motor Vehicle Administration's service centers in an attempt to fight back against long wait times and bitter complaints.

Wait times at the MVA's headquarters in Glen Burnie continued to top  four hours Monday for some people trying to renew their driver's licenses.

In addition to the new workers and extended hours on Tuesdays and Saturdays, the MVA is now adding at least 2700 additional appointments per week and urging people to begin the renewal process on-line before scheduling. Those who walk in without an appointment can continue to expect long waits.

"If we can get more customers to make appointments it spreads out the volume," said Chrissy Nizer, Maryland's MVA Administrator Monday.

The wait time crisis has come as Maryland complies with the federal REAL ID Act.

The act, passed in the wake of the 9/11 attacks, requires states to do a better job of verifying identity, citizenship and residency when issuing driver's licenses or state IDs.

By October 2020, U.S. citizens will not be able to board planes or visit a federal facility without REAL ID Act-compliant identification or other positive ID such as a passport.

In addition to an in-person appearance, renewing a driver's license in Maryland now requires documents such as a birth certificate, passport, W-2 forms, proof of Social Security, immigration documents and property tax or billing statements that prove addresses.

"At the eight high-volume branches ­– Annapolis, Belair, Columbia, Glen Burnie, Largo, Parkville, Waldorf and Walnut Hill – 806 appointments a week have been added through May 4," according to an MVA press release.  "These extra appointments are during extended hours on Tuesdays, when the branches will be open from 8:30 a.m. to 6:30 p.m., and extended hours on Saturdays from 8:00 a.m. to 4:30 p.m."