A father who lost his young son in 2014 decided to honor his son, by sharing the love. This Maryland dad is the reason why a New York family with two teenagers fighting a rare disease, scored the coveted musical tickets. 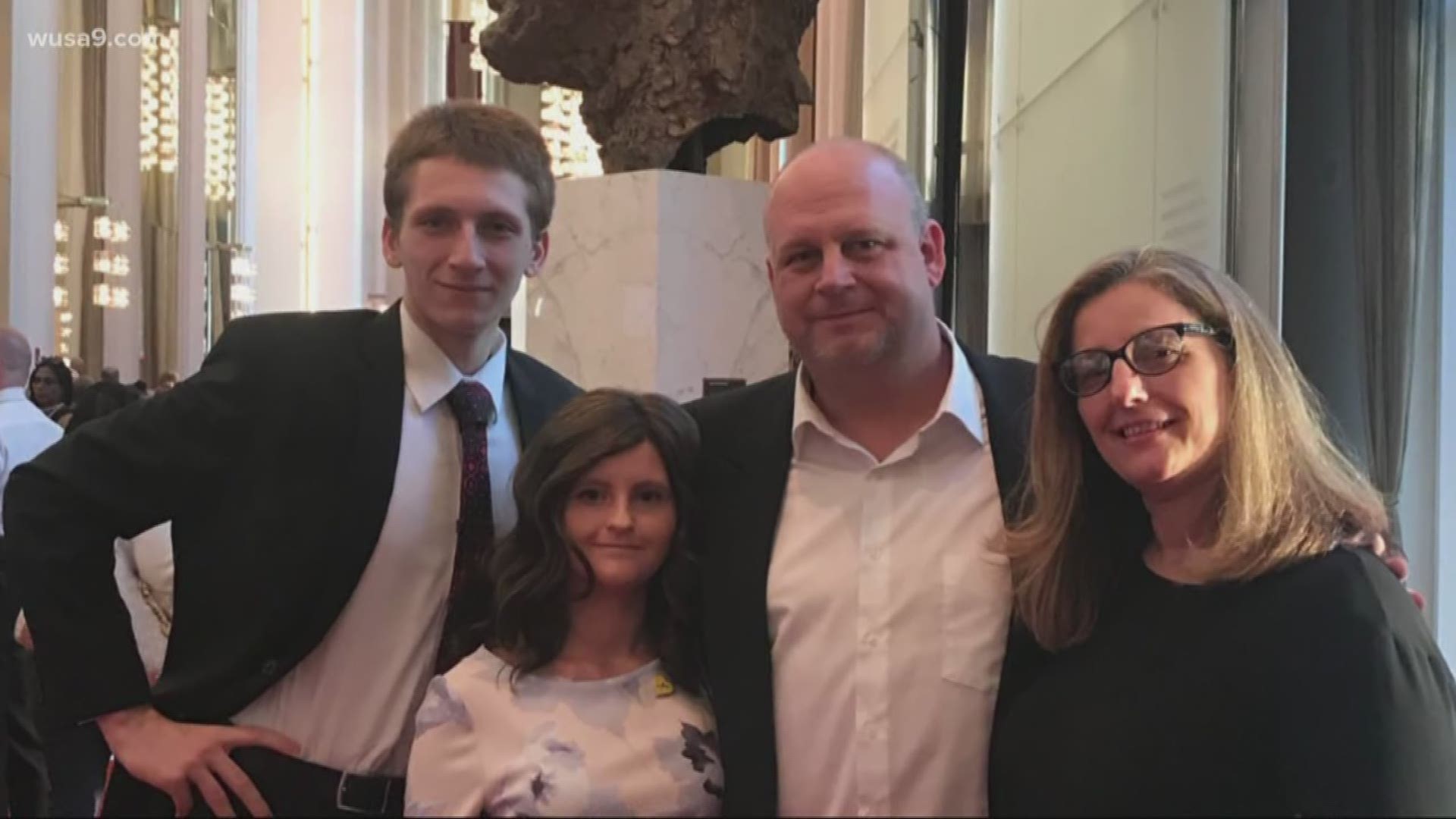 The hottest ticket in town this summer has been to see the musical, Hamilton. Sunday a family from New York got the VIP treatment, scoring four tickets to see the show from a Maryland dad.

“He was gutsy, fearless, got his black belt by the time he was 8-years-old,” said Atienza. He was talking about his son.

The other is a New York father named Bill Kacinski.

“They make it possible that we can be together, which is really key,” said Kacinski.

That’s why the moment Kacinski’s family ducked into a Lincoln limousine is so special.

The two dads are connected by rare diseases. Atienza created the non-profit, XA Project, after his 8-year-old son Xavier died from a rare and undiagnosed disease that involved brain swelling and uncontrollable seizures.

Rockville’s Dr. Audie Atienza said he stood in line himself to make sure a deserving family got these tickets.

“…An evening, afternoon away, so they don’t have to think about the medical issues and the burdens that then have to undergo and just be there in the moment, smiling, enjoying life with family,” said Atienza.

“It leaves them very prone to illness…and the prognosis is really poor,” said Connie Kacinski, describing Dock8, the rare, genetic disease her 13 and 17-year-old children both have.

Her daughter, 13-year-old Meghan, underwent a Bone Marrow Transplant for treatment over the summer.

The family has been commuting back-and-forth from the D.C. area to Long Island since April.

“For us, we haven’t really been able to do much. I mean, it’s been a difficult year,” said Connie Kacinski.

The teens are typical teens.

“You know, it’s nice. All of us together and stuff,” 17-year-old Lliam shrugged.

However, when Children’s Inn at NIH contacted Connie about the XA Project tickets.

“How do you and your family feel about, you know, going, you know September 2nd, I was like, “What?!?” Connie Kacinski said, smiling.

It’s that smile … and the ones seen by the family in their photos at the Kennedy Center: that’s what Atienza said makes it all worth it.

“It being the five year anniversary of Xavier’s hospitalization, I wanted to make it extra special,” Atienza told WUSA9.

A local salon donated the hair appointment. The family also received financial assistance to purchase clothes for their special night out.

Bill and Connie Kacinski told WUSA9, usually by early 20s to 30s - many people with Dock8 do not survive. The good news is, the NIH has found a cure, according to both parents. It’s a long process, but we’re told the cure is through a Bone Marrow Transplant.