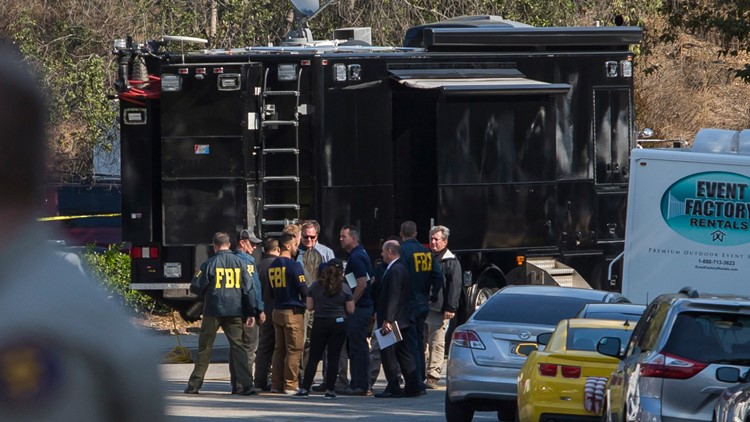 WASHINGTON — As the country hurtles through a historic government shutdown, likely the longest ever by week’s end, cash reserves are not being replenished at the FBI – endangering the agency’s national security mission.

No agents are being paid across the entire bureau. Funds for investigations are now being prioritized to conserve cash.

Officials have described the dollar drain and lack of pay at the FBI as a security threat growing by the day – as the impasse continues over the situation President Donald J. Trump describes as a security and humanitarian crisis at the southern border.

But in a move to highlight the growing crisis within the FBI, the FBI Agents Association (FBIAA) released a petition to the White House and Congress at 11 a.m. Thursday, urging leaders in Washington to fund the bureau as soon as possible.

“There is no question, no question, that as this goes forward, the impact on the FBI is a national security issue,” said FBI Agents Association President Thomas O’Connor in an interview Wednesday.

“I’m going to have T-shirts made that say, ‘crime doesn’t pay, but neither does the federal government.’”

The petition represents the voices of the nearly 13,000 active FBI special agents, who are likely to miss their paychecks when the partial government shutdown continues past Friday.

A question that loomed over the petition announcement Thursday was whether agents would begin to stage “sick-outs” across the country, mirroring what CNN first reported concerning TSA workers at the nation’s airports.

O’Connor said sick-out calls have not happened yet on a major scale, and expressed optimism that agents' duty to country would keep FBI personnel at work.

“I'm here to tell you that, FBI agents and support employees who are working in dangerous environments are going to do that job,” O’Connor said. “They're not going to stop working. We are going to continue to do the job through this shutdown. But it really isn't fair.”

The shutdown extending past Friday’s federal pay period will impact 800,000 government employees, 80 percent of whom live outside the Beltway.

O’Connor publicly revealed Thursday he had visited the offices of Vice President Mike Pence and House Speaker Nancy Pelosi earlier in the week to convey the FBIAA’s national security concerns.

Five thousand FBI employees directly involved in investigations are currently furloughed – meaning they are neither paid nor working.

The association said the staff reductions have caused backlogs at Quantico’s forensic labs, with decisions now being made in Washington on which investigation funding to prioritize.