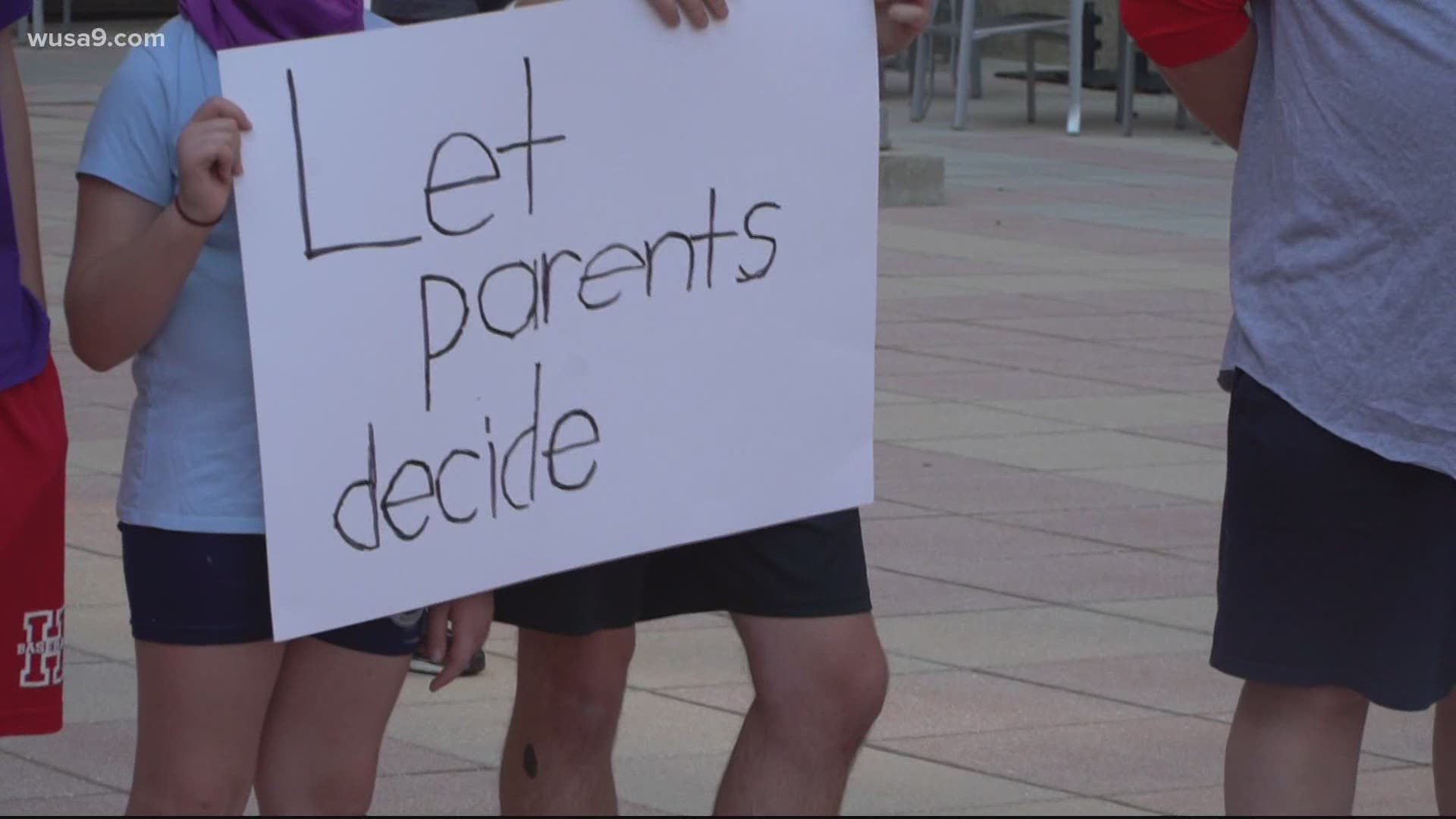 MONTGOMERY COUNTY, Md. — Tension over a county order stopping in-person learning at private and parochial schools grew on Thursday when Maryland's top health official said schools "should not be closed in a blanket manner."

Secretary of Health Robert Neall issued the memo and said that nonpublic schools should have the same rights as public schools when choosing whether or not to return.

"The State of Maryland’s position is that all schools, including public school systems and nonpublic schools, be provided with the individualized opportunity to determine how they are able to comply with the federal and state COVID-19 guidance to reopen safely and protect students and staff," he wrote in the memo. "Those determinations should be made in close consultation with the affected schools and local health departments with Maryland Department of Health guidance."

The announcement came after days of back-and-forth between Montgomery County leaders and Gov. Larry Hogan.

On Monday, Gov. Hogan issued an executive order that allowed private and parochial schools to choose to reopen for in-person learning.

However, on Wednesday, Montgomery County Health Officer Dr. Travis Gayles came down with another order shutting down in-person learning at the schools until at least Oct. 1.

During a county meeting that same day, Gayles said local leaders were continuing to base decisions on data as they watched the number of coronavirus cases and transmissions in the area.

"The purpose behind what we’re doing is to keep kids, staff members and family members at home safe," he said. 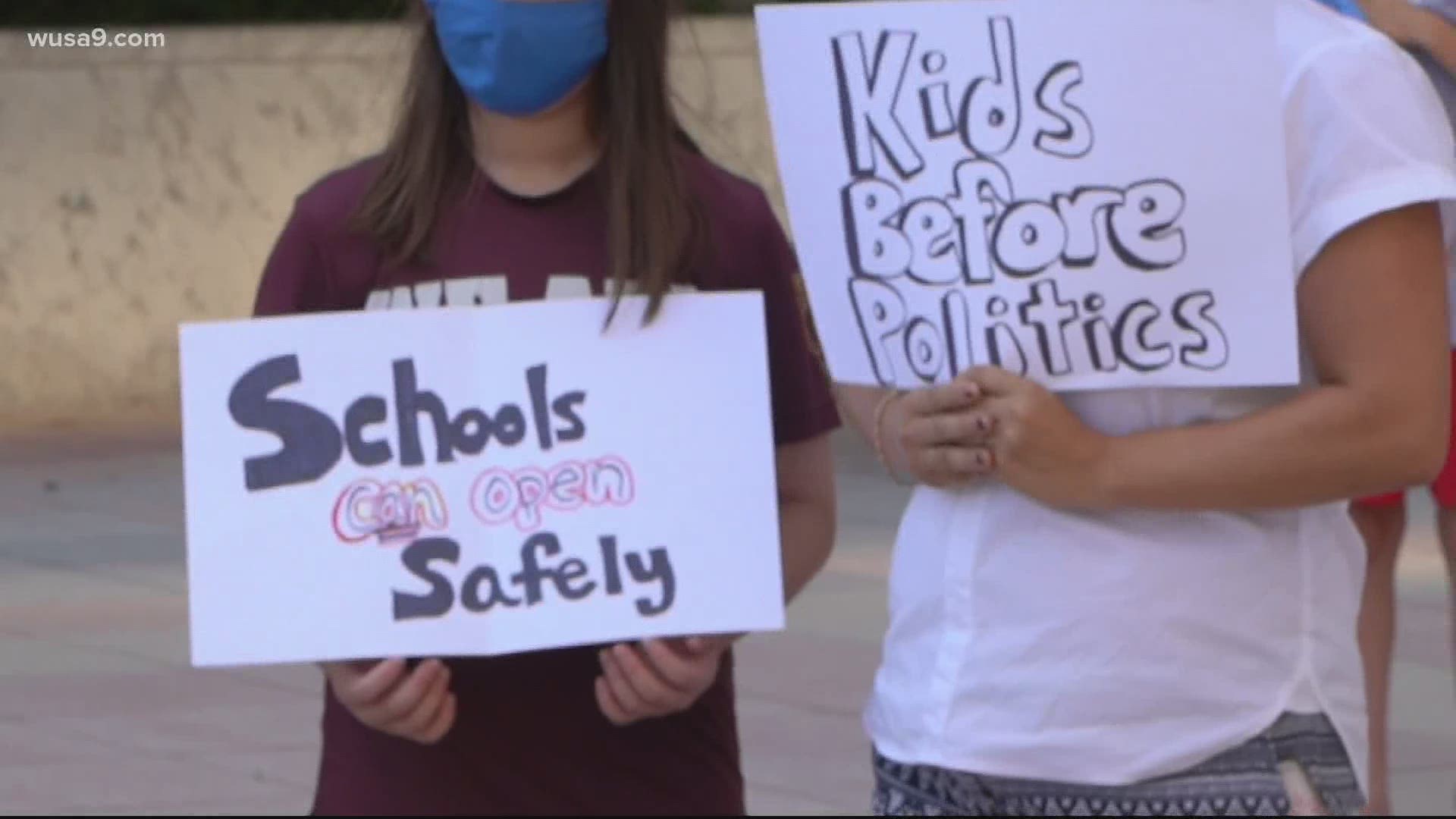 The battle over the closure orders has also stretched to the courtroom.

This week, a group of parents filed a federal lawsuit against Gayles calling for an injunction against his county order.

"This has to be stopped. This is politics at its worst," Kimberly Beahn, one of the parents and plaintiffs listed in the lawsuit, said. "We’re letting an unelected health official of the county make this unilateral decision on behalf of private and religious schools. It’s not something that we can sit back and accept.”

Beahn is the mother of three children who attend a religious school in Potomac.

With the controversy over the private school closures bringing all sorts of emotions over the last few days, she said that the lawsuit had a simple goal.

"What I'd like to see is the order officially rescinded," she said. "We really do believe that we’re playing by the rules. Others are not. Schools should be first to determine if they have the protocols and if they feel like it’s safe to return."

"We don’t have multiple classes per grade. We can easily fit within the structure and the confines of the school," she said. "We’re a parish school. We can use non-traditional classroom settings like a church, the cafeteria or the library.”

Beahn said the lawsuit's next hearing is scheduled for Aug. 14.

With the future of private school reopenings still facing plenty of uncertainty, Beahn said she and other supporters would keep fighting for the county order to be stopped.

"I think parents are really frustrated," she said. "So many are upset by what’s happening out there.”