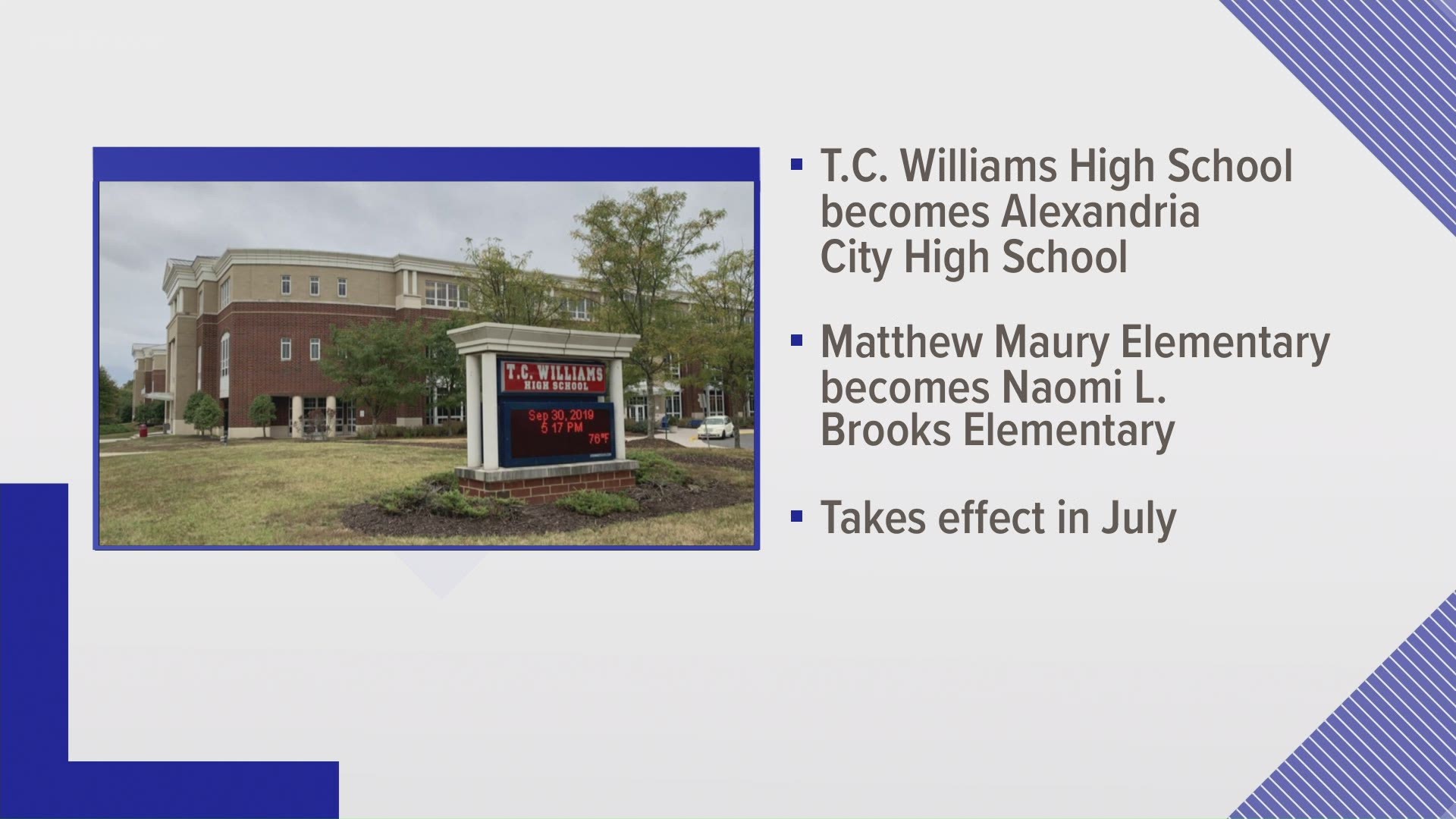 "It's official! The School Board has voted and the new school name for T.C. Williams High School is 'Alexandria City High School," the school district wrote in a tweet Thursday evening.

T.C. Williams High School, made famous by the Disney movie "Remember the Titans", was voted back in November to be renamed after a 9-0 school board vote by Alexandria Public Schools.

The man for whom T.C. Williams High School is named, Thomas Chambliss Williams, was a segregationist who was the superintendent of Alexandria city schools for 30 years. He was very outspoken about his beliefs to keep black students and white students in separate schools.

Last year's vote came after a petition to the Alexandria City School Board to change the name that was started at the beginning of 2020.

In 2004, when residents tried to change the name, one of the reasons it was not changed was out of fear that the famed 1971 Titans football team would be forgotten.

RELATED: Made famous by 'Remember the Titans', T.C. Williams High School to get name change after unanimous school board vote

Solomon started a petition to rename the high school for a simple reason.

🆕 The vote is in! The School Board has confirmed Naomi L. Brooks Elementary School as the new name for @MauryMariners, starting July 1, 2021. Naomi Lewis Brooks was an Alexandrian educator, leader, citizen, wife and mother. We are honored to continue her legacy in ACPS. pic.twitter.com/kDSnkMwDh1

T.C. Williams was the superintendent of Alexandria City Public Schools from the mid-1930s to mid-1960s and was opposed to desegregation in schools, refusing to allow black students to learn alongside their white neighbors.