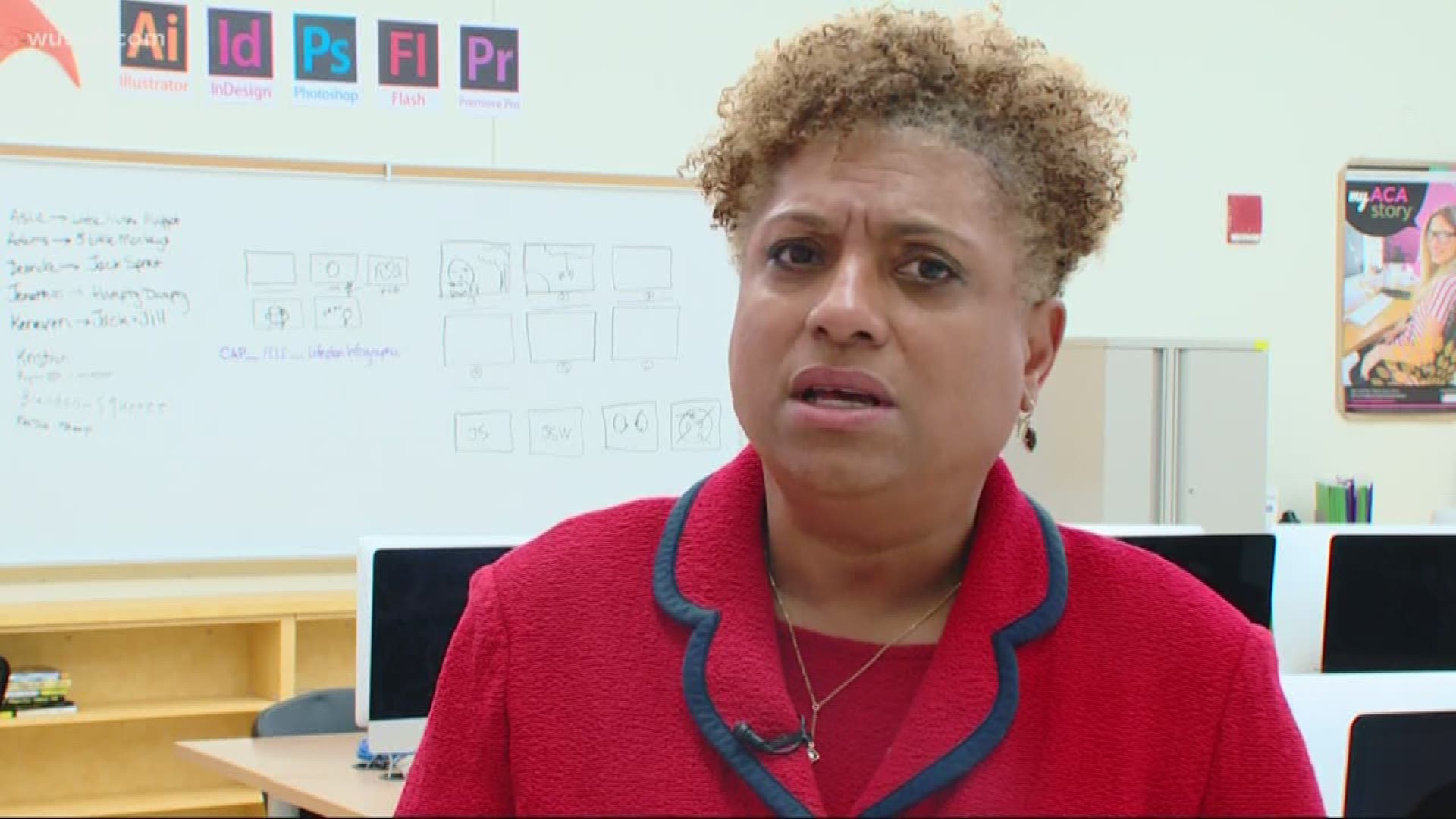 The teacher, 36-year-old Vivian Noirie, is charged with physical child abuse and second-degree assault. Police said Noirie and the unidentified 17-year-old student got into a fight inside a classroom Friday morning.

Theresa Mitchell Dudley, the president of the Prince George’s County Educators’ Association, said the incident is something many educators in the county fear.

Police said the student was upset with Noirie after she emailed her parent the night prior. The student admits to stepping on Noirie’s foot and bumping her shoulder, according to police.

"We need to do a better job about making sure that staff is safe in the buildings," Mitchell Dudley said. "Clearly this child was in a state of trauma."

Mitchell Dudley said teachers in the county are constantly attacked, verbally and physically. She said Noirie was assaulted several times so far this school year and called for help before the fight.

It's so bad, Mitchell Dudley said, that the union revised its contract to make it easier for teachers to take time off after assaults.

"Now, we don't have to press criminal charges," Mitchell-Dudley said.

The school system's CEO, Dr. Monica Goldson, is planning to pay for teachers to get training on de-escalating stressful situations. She's also working on placing at least one mental health professional at every school.

"This isn't just a teacher going off on a student," Mitchelle Dudley said. "It's a systemic problem,” Mitchell Dudley said.

It’s likely, the 17-year-old student will be charged.