The school board tabled the measure that would eliminate the school district's agreements with police departments that provide school resource officers. 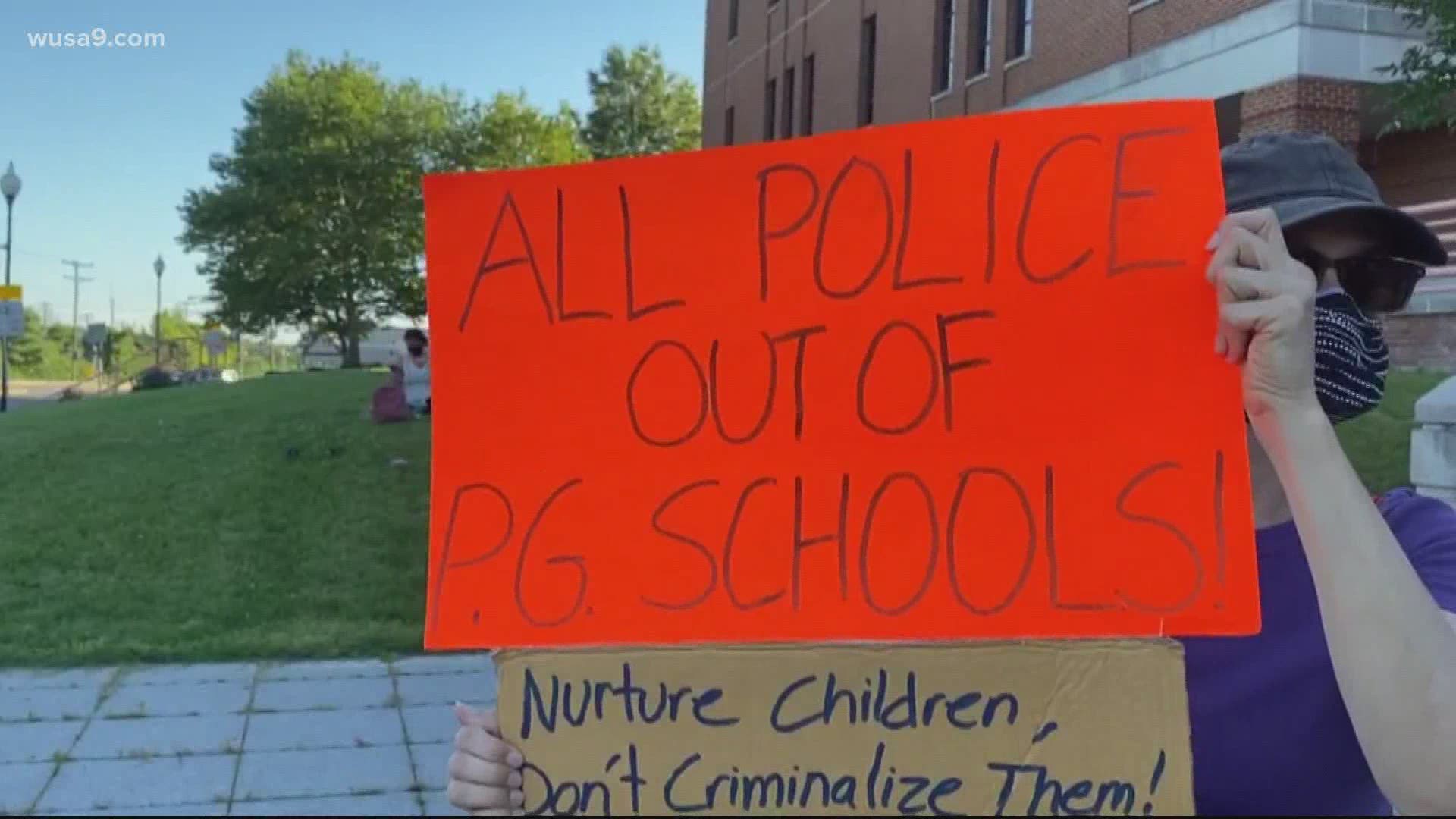 UPPER MARLBORO, Md. — The Prince George’s County school board voted Thursday to delay decision on whether to remove armed police officers from its schools.

The measure originally passed with the approval of the school board’s budget committee Monday. Supporters of the plan wanted the school district to invest $5 million toward the employment of new school social workers and mental health counselors, while cutting $3 million worth of spending on school officers from the county’s budget.

"With more school psychologists, more social workers connecting people to employment and to food, we think that we can solve a lot of these problems," PGCPS school board member David Murray said. "And if we keep doing the same thing, we will continue to perpetuate the school to prison pipeline."

However, the plan encountered opposition. PGCPS school board member Curtis Valentine said on Monday he was worried about safety in schools without police officers.

On Thursday, Valentine proposed tabling the full board’s consideration on the measure until September. After some confusion on whether the matter should be brought to a vote, the board ultimately decided to postpone discussion on the matter until September 14 by a vote of 8 to 6.