School bus drivers won't be taking kids to school in the fall. Here's what they will do instead

Many school districts across the DMV area say they have no plans to furlough drivers during the fall semester. 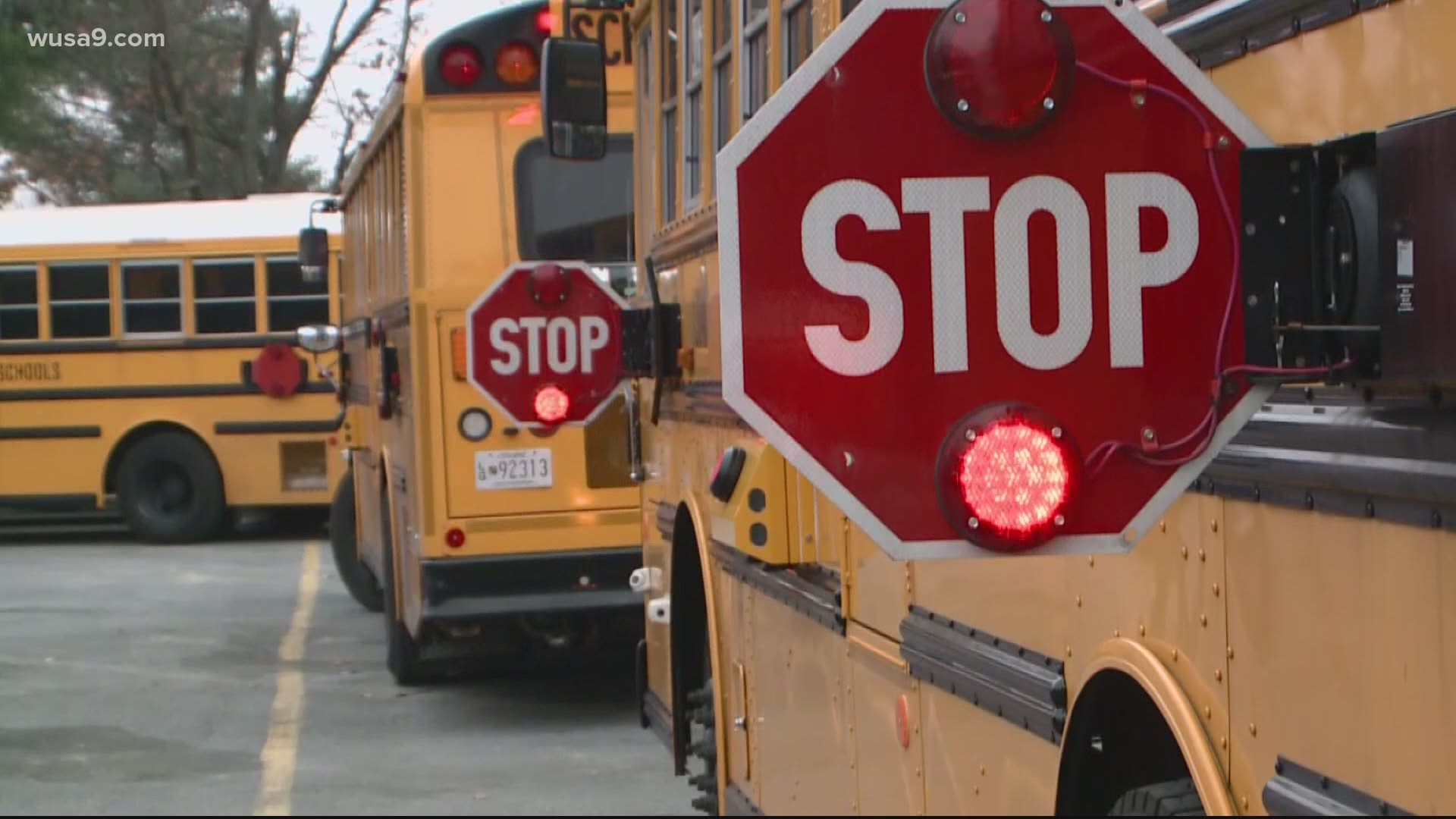 WASHINGTON — Many schools have already rolled out their plans for the upcoming school year. Some districts are fully virtual, while others opted for a hybrid version of in-person and distance learning. But with empty school buildings, there won’t be much of a need for bus drivers.

Some won’t be driving at all, while other drivers will have half-empty buses, running several routes a day to accommodate social distancing. However, the drivers will remain fully employed, collecting paychecks during at least the first semester back, according to several D.C. area school districts.

“Whether that means delivering meals to neighborhoods and students, or whether we’re just helping at the schools to facilitate that distribution,” said Rudolph Saunders, Director of Transportation for Prince George’s County Schools (PGCPS).

NEWS | PGCPS will begin the 2020-2021 school year on Monday, August 31 with distance learning for all grades. Distance learning will continue through the first and second quarters with a goal to return to school buildings in February to begin the third quarter. (1/6) pic.twitter.com/lhc4mDcsR0

PGCPS is also looking to hire new drivers during the pandemic. The school district wants to make sure that when it is time for students to head back in person, they aren’t scrambling to find more drivers.

“It’s difficult to recruit and hire drivers on a normal day, so we wouldn’t create a situation where in a short window of time we’ve got to find an even bigger number of drivers,” said Saunders.

Fairfax, Prince William and Montgomery counties also tell WUSA9 there are no plans to furlough bus drivers or any other part-time employees during virtual learning. They are also working to finalize plans that would have drivers move into other roles until it is time to head back.

At the end of August, students in Frederick County, Virginia will head back to school in person, just two days a week. Bus drivers there are prepared to make several trips a day, with only a certain number of students allowed on a bus at a time.

The school district worked closely with the county's health director to come up with changes to keep students safe, according to Steve Edwards, spokesperson for Frederick County Schools.

Students will have to maintain social distancing when riding the bus. Normally buses can carry up to 70 students at a time. With just one student per seat, they will only be able to transport 24 at a time. Both students and drivers will be required to wear masks on the bus.

"At the end of the day, we want what's best for children and if we give each other a little grace and flexibility, hopefully, we'll get through this latest challenge, said Edwards.

Parents in Frederick County have until Monday, Aug. 3 to make a decision about in-person versus distance learning.