PWCS is welcoming back nearly 3,000 first graders this week, while LCPS is bringing back 7,300 third through fifth graders Tuesday. 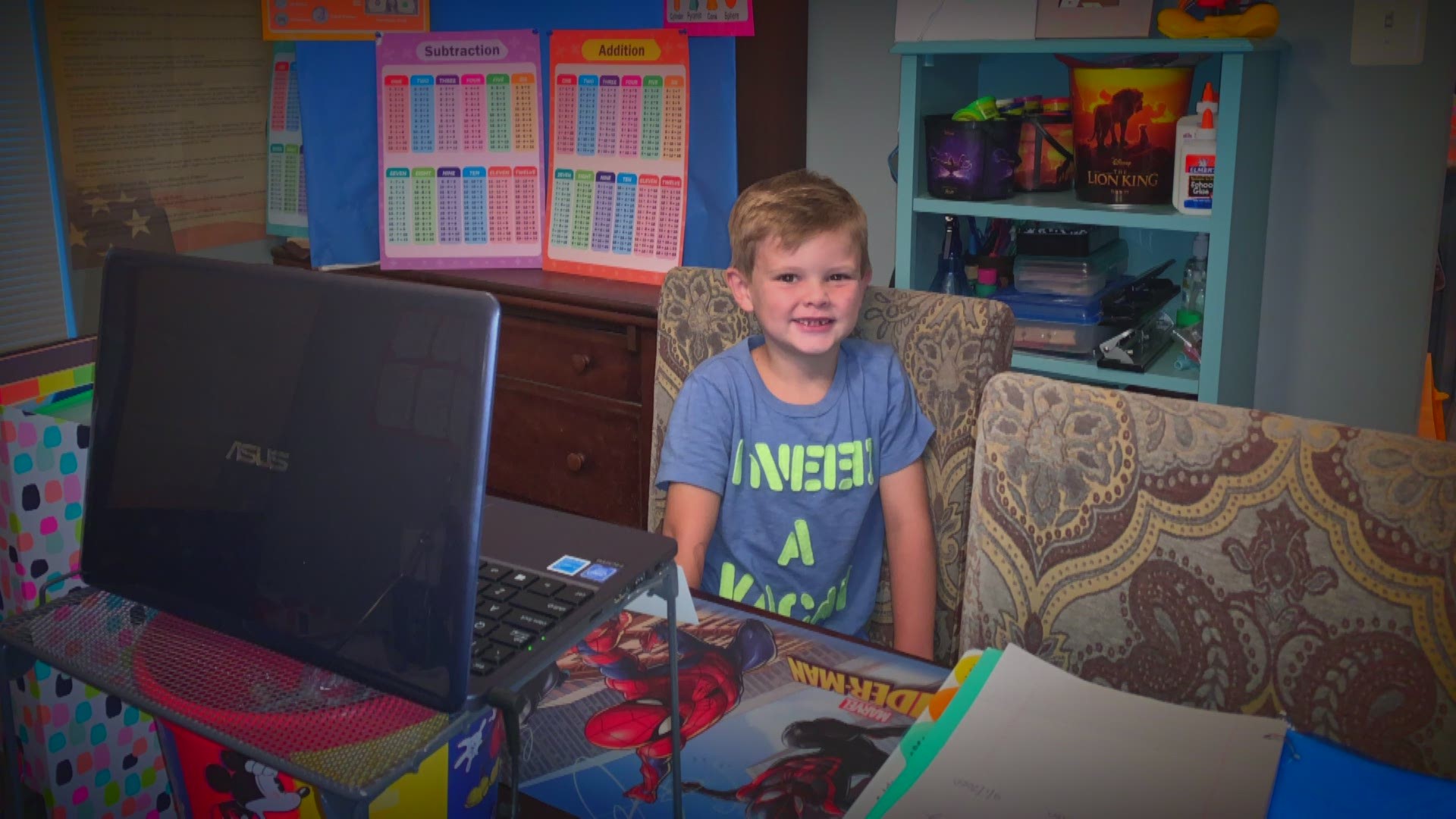 PRINCE WILLIAM COUNTY, Va. — Prince William and Loudoun County Public Schools are preparing to bring another round of students back to their buildings Tuesday.

PWCS will welcome 2,775 first graders in two different groups, with half starting Tuesday, the other half starting Wednesday, according to a spokesperson for the district.

LCPS will be adding 7,300 third through fifth graders as well as seniors at the Academy of Science and the Academy of Engineering and Technology to the mix on December 1, also broken up into groups.

Kristin Petersen, who has students in first and fifth grade in PWCS is ready to send her younger son back. He starts with the second group on Wednesday.

“We’re excited. We’ve prepared him to obey the teacher, listen," Petersen said. "I know that the situation that he’s going into is going to be the best for him and he's going to flourish, so I’m excited."

As a former teacher of eight years, Petersen said she understands the educator perspective and commends teachers for adapting to the virtual environment. However, she said virtual learning is not working for everyone, like her first-grader, and thinks some students and teachers should be able to work together in person again.

“I’m not fearful for my child, especially with all of the safeguards that the school systems have put in place. They’re being very conscious of social distancing," she said. "And I just felt like his education and being in a classroom in person was more important.”

“Moving into the danger zone and then deciding to stop is not what makes good safety for anyone that’s in those buildings," the president of the LEA, Sandy Sullivan said.

According to the district's website, LCPS has had 102 positive staff cases and 49 student cases since September 8. The site also said that school system cases increased last week.

A spokesperson for LCPS sent the following statement, confirming that they are still planning to move ahead with the next phase:

"The Loudoun County School Board has established metrics to determine whether the spread of the coronavirus reaches levels that require returning to 100% distance learning for all students or limiting the expansion of implementation of the hybrid model. Those metrics presently due not indicate a need for changing current plans."

PWCS saw twice as many coronavirus cases in November as the district did in October with 177 total as of Nov. 28 and 84 the previous month. That data encompasses both people operating in-person and virtually. It brought its first students back on November 10.

“I think all teachers, all educators want to have students back in the buildings, but we want to make sure it's safe," the VP of PWEA, Chuck Ronco said. "We signed up to be full time teachers. We signed up to be full time educators and we don’t want to be in a virtual world. No one does. But we need to make sure that not only we are safe but our other coworkers and their students and families are safe, and right now it’s a little bit difficult to say we’re going to be in a perfectly safe environment.”

Ronco and Sullivan want their respective school systems to take a closer look at how the students and staff currently in the buildings are faring before adding more to the mix. Both he and Sullivan worry that all the safety protocols are not being strictly adhered to everywhere.

PWCS said it will continue with the same safety measures it implemented at the start of the school year, which include using PPE, face coverings, social distancing, plexiglass barriers in some places, multiple hand sanitizing stations, and bottle-filling stations for water (instead of traditional water fountains). A spokesperson said parents, students, and staff will also be asked to complete a daily health questionnaire and a temperature check prior to reporting to school.

Ronco stressed that he does not want parents to think that they as teachers are against them and strictly want to work virtually. He said educators would much rather be with students in the classroom. They just want to make sure it's done so in a way that protects everyone's families and the community at large.

Both school systems have school board meetings this week, LCPS on Tuesday and PWCS on Wednesday.