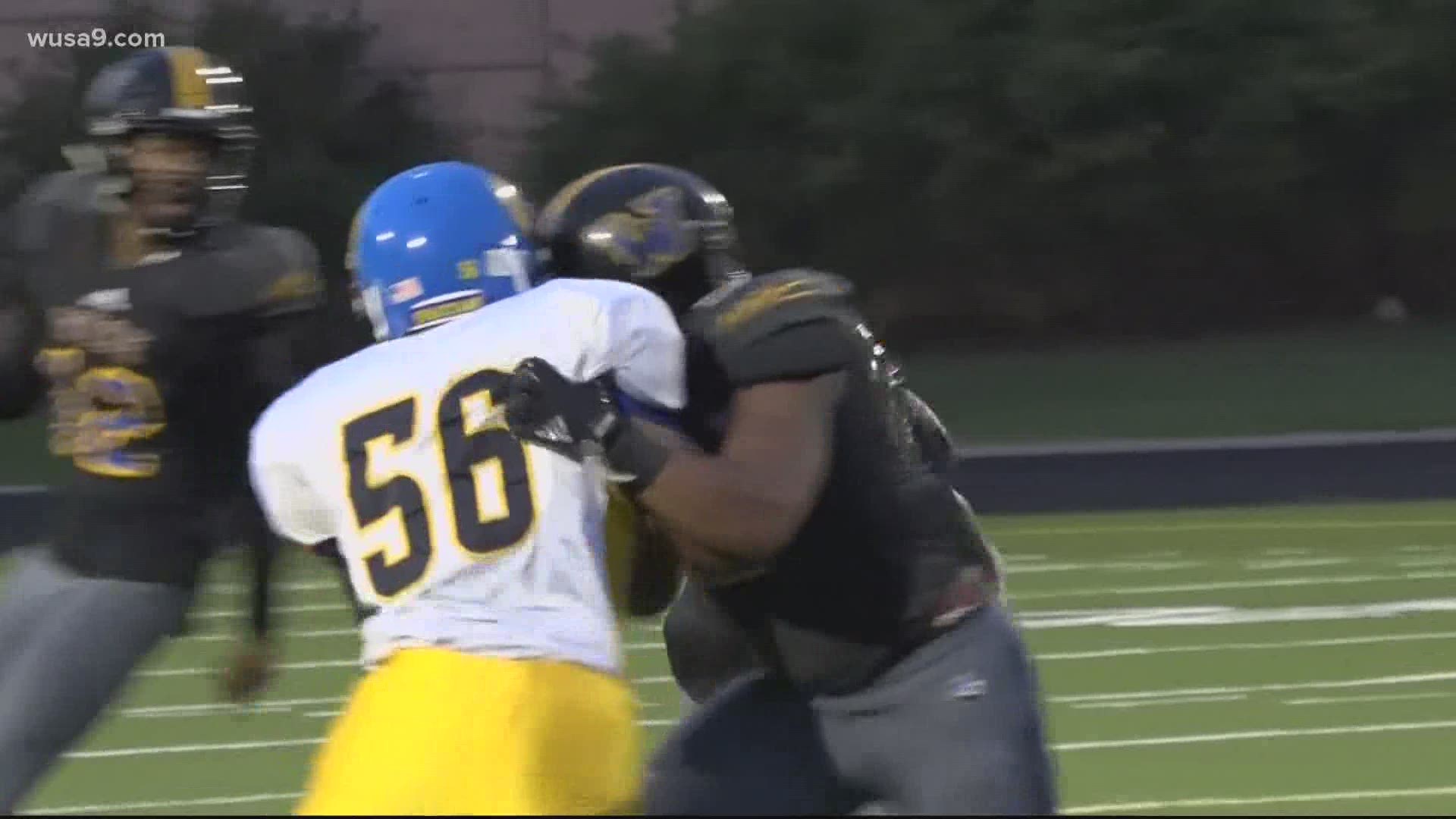 ANNAPOLIS, Md. — Gov. Larry Hogan and State Superintendent of Schools Dr. Karen Salmon announced on Thursday the approval of all state schools to safely begin fall high school sports in a few weeks during the pandemic.

Fall sports can begin practice as early as Oct. 7 and start games on Oct. 27 in accordance with the Code of Maryland Regulations (COMAR), the MPSSAA Return to Play Guidance Plan and the Maryland Department of Health Best Practices and Guidance for Youth Sports safety protocols, Dr. Salmon said.

With this sports plan, the last play date of the season will be Dec.12. And any culminating event or tournament will be from Dec. 14-19.

“High school sports and competition are deeply rooted in the fabric of our schools and communities,” said Dr. Salmon. “The steps taken today are directly related to the need of our students to be active and engaged for their physical, social, and emotional well-being. These programs have a history of providing opportunities for all students, and not just those with the economic capabilities, to participate.”

Salmon said it has been concerning that students have been without sports for almost an academic year.

State officials are encouraging the school systems to bring back sports despite the pandemic. But, local school systems that do not wish to start fall sports can use the Second Semester Plan option.

The decision comes after discussions with the state Board of Education, the 24 local school systems' superintendents, the Executive Director of MPSSAA, parents and stakeholders.

Gov. Larry Hogan said with the state health metrics showing record lows in coronavirus cases and trending downward, officials have been working on this for months and experts thought the state can move forward.

Today, after visiting @FCPSMaryland educators and students, @MdPublicSchools Superintendent Dr. Karen Salmon and I announced that all school systems can officially start fall sports on October 7.

Brandi Horner, whose daughter plays high school field hockey in Somerset County, applauded the announcement on Thursday after organizing a Facebook group with over 3,000 members earlier this month calling for sports to return.

"It’s so much more than the sports," she said. "It’s the team building, the bonding, it’s a part of being something. It’s a sense of normalcy getting these kids back to what they’ve been doing their whole lives.”

Martino Savage, who runs the sports training company Elite Athletic Program, has worked with high school athletes who saw their seasons impacted by the pandemic.

Following the announcement on Thursday, he said being able to once again play sports provided a valuable opportunity for the athletes after the difficulties of this year.

"A lot of kids have been up and down in terms of emotion just based on the uncertainty," he said. "For some kids, it means everything. That’s all they have. They’re waiting for that scholarship that’s going to change their life.”

While the return of fall sports brings some sense of normalcy, Savage also voiced concerns about potential injuries happening to athletes.

The lack of team practices and training during the offseason could bring added risk, with Savage pointing to the spate of injuries that hit NFL players in week two of the regular season this year.

"You never know who actually was working as hard as they could just because there wasn’t as much of a team presence," he said. "I hope they play but I really hope there’s not as many injuries that we saw, and the kids are safe. If you prepare correctly, we limit the outcome.”