The PAGES Coalition of Montgomery County sent a letter to Gov. Hogan this week supporting a delay for reopening schools for hybrid in-person learning by March. 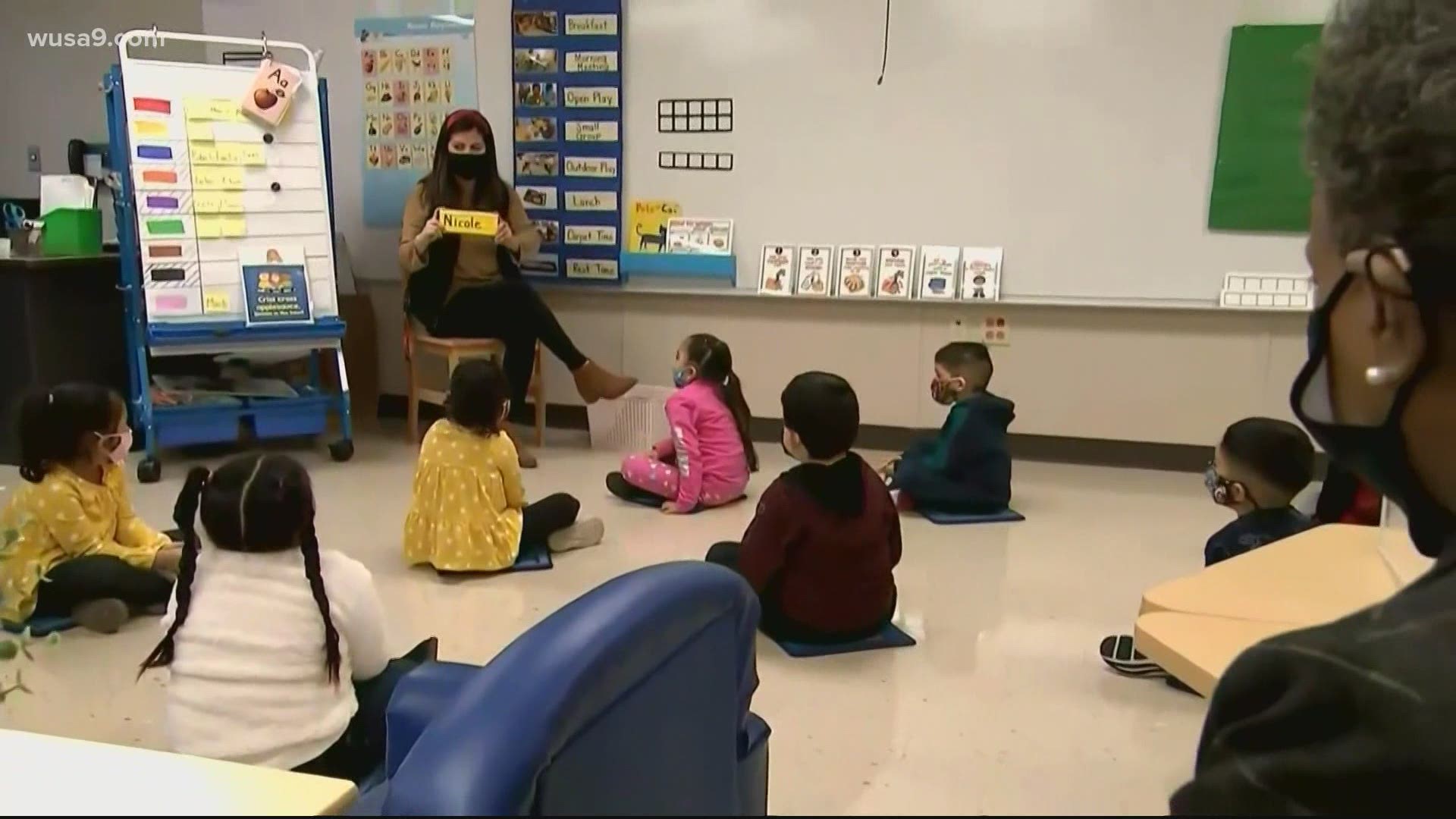 MARYLAND, USA — A group of 4,500 parents and educators in Montgomery County joined the Maryland State Education Association by sending a letter to Gov. Larry Hogan this week supporting a delay for reopening schools for hybrid in-person learning.

In the letter addressed to Hogan and county leadership, the PAGES Coalition of Montgomery County urged schools to remain closed until certain metrics are met and until all educators and staff who want to be vaccinated are at least two weeks past their second dose.

The call from the group came almost a week after Gov. Hogan pushed for schools around the state to reopen for hybrid in-person learning by March 1.

"If school systems do not immediately begin a good faith effort to return to the classrooms, we will explore every legal avenue at our disposal," Hogan said. "The time has come to get all of our kids back into the classroom and to reopen our schools.”

On Wednesday, a mother who is a member of the PAGES Coalition said she was angered at the threats from Hogan and wanted to show support for teachers.

PAGES Coalition of Montgomery Co, made up of 4,500 parents and educators, sent this letter to @GovLarryHogan supporting a delay in reopening schools

"Safety means vaccinating
teachers. Let’s get the ventilation under control. Let’s get a good distance plan for students.”@wusa9 pic.twitter.com/lchhVHCNJN

"Vaccinating the teachers needs to be a priority," Becky Mayo, who has two children in Montgomery County schools, said. "I believe we really need to let the teachers decide who needs to be in the building. We need to talk about what we have to change for them before we say let’s just reopen.”

Mayo called for greater attention on ventilation at schools and greater planning for how to keep children socially distant inside the classrooms. In particular, she worried about students eating their lunches close together and taking off their masks.

Until more teachers become vaccinated, Mayo believed the March 1 deadline called for by Gov. Hogan would lead to a rushed reopening.

"I’m fighting for the teachers I know, some of whom are parents and some of whom live in multi-generational households," she said. "We can’t afford to send those people back into an unsafe school to get sick and to bring that illness home.”

The call from the PAGES Coalition came as Maryland Department of Health data showed COVID-19 hospitalizations remaining high in the state on Wednesday, while positivity rates continued to trend downward.

Earlier this week, the Centers for Disease Control (CDC) announced that there is little evidence of COVID-19 transmission in schools if certain precautions are taken. Aside from wearing face masks, the CDC said school districts should focus on social distancing and increased room ventilation, as well as limiting activities like indoor sports and restricting indoor dining.

Dr. Joseph Allen, the director of the Healthy Buildings Program at the Harvard School of Public Health, spoke to CBS News on Wednesday and called school closures "a national emergency."

"We are seeing the devastating cost just pile on top of each other," he said. "The reports we see on suicides and decreases in literacy, less access to food, food insecurity issues."

The new data "supports that schools are not the source or not contributing in meaningful ways to community spread," Allen said.

The report was released as schools and universities across Maryland were set to receive a combined $1.17 billion as part of the pandemic relief package passed by Congress in late December. 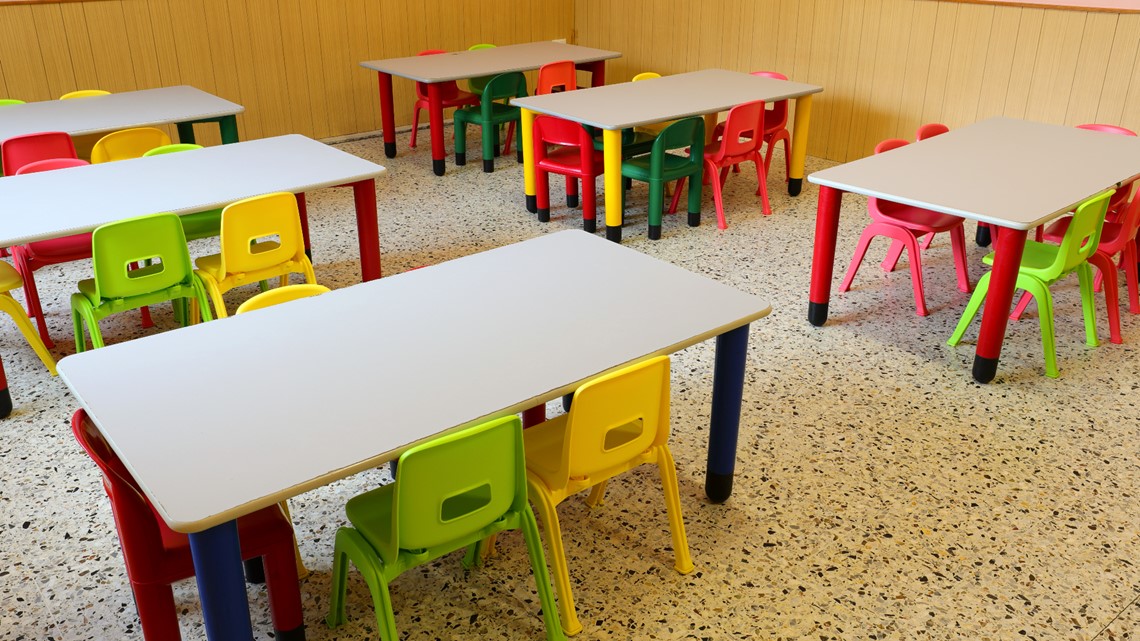 'We have the money to do it' | Maryland gets over $1 billion for schools as debate continues over reopening
Maryland schools and universities are set to receive a combined $1.17 billion to address school improvements and learning losses ahead of reopening. MARYLAND, USA - Schools and universities across Maryland will receive a combined $1.17 billion as part of the pandemic relief package passed by Congress in late December.

According to a spokesperson for Sen. Ben Cardin (D-Md.), the money can be used to improve school facilities ahead of reopening and to address learning losses for students.

While parents like Mayo support a delay in reopening, others in Montgomery County have voiced their support for Governor Hogan's call to reopen schools.

"We’ve been ready for 10 months," Margery Smelkinson, a mother of four children who go to school in Montgomery County, said. "We’ve been waiting for this day to get the go-ahead. Whatever we need to do, we have the money to do it.”

Moving forward, Mayo hoped county leaders would take their time making a decision and use community metrics to decide if classrooms should open for in-person learning.

"We don’t know the long-term effects of [COVID-19] yet," she said. "We don’t know how many teachers would be exposed and take it home. When hospitals have enough beds for people, when we have low enough percentage of community spread, that’s when we can look at it.”

RELATED: VERIFY: Who decides when Maryland students go back to the classroom?