After seeing the spread of coronavirus close down schools, a Montgomery County high school math team has been named to the finals for a national math competition! 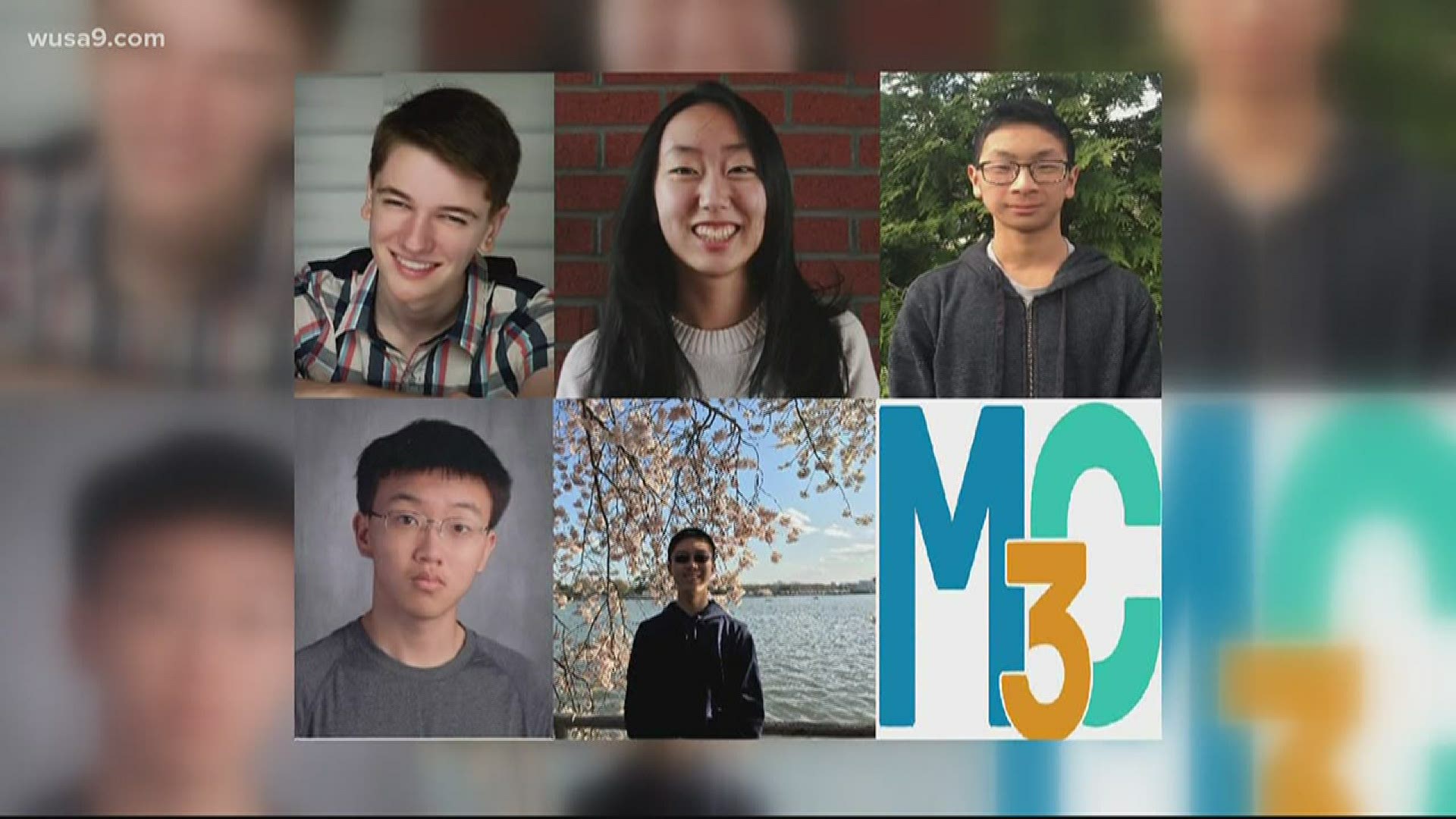 SILVER SPRING, Md. — Despite the spread of coronavirus forcing classes to be held online, a Montgomery Blair High School math team has found a reason to celebrate after advancing to the finals of a national competition.

The MathWorks Math Modeling Challenge drew over 3,500 high school students from across the country this year, including five from Montgomery Blair.

The math and creative thinking contest involved this year's teams figuring out and presenting various statistics and figures for transitioning diesel trucks to an all-electric system in the future.

Emmy Song, a 17-year-old senior at Montgomery Blair, said her team had a special chemistry that helped them find success.

"We all know each other pretty well from being in high school for four years," she said. "An advantage that we had was that we knew each other so well and could work together.”

After the spread of coronavirus led to the high school closing down, classes have since moved online.

The pandemic also impacted the math competition, which normally involves the finalists receiving a free trip to New York City to present their project.

However, due to the fears with the disease, the teams will instead create digital videos for the competition's judges.

"After we found out we were one of the winners, we had a Zoom call to celebrate together," Song said on Sunday. "It’s disappointing that the trip won't happen this year but still we’re grateful and honored to be able to be recognized.”

For teacher David Stein, who also helped coach the team, seeing the success has provided a needed boost during a year bringing challenges.

"It’s good for everybody to have something to cheer for," he said. "I think everybody can see that these kids are doing really well. Giving them something to root for is a good thing.”

While the health emergency cost the team a trip to present on the big stage, Song told WUSA that it has also inspired her to think about how she could possibly use her skills to help out in the medical field one day.

"The pandemic kind of created my interest for using math modeling in the field of public health in the future," she said.

With the team now waiting for results, Song said the run to the finals provided a special memory for her final year in high school.

"Receiving some good news was obviously something really happy for all of us," she said. "It’s given us all something that we can reflect on as something good that has come out during this isolating time.”

The MathWorks Math Modeling Challenge judges are expected to reach a final decision by April 27th.

The winning team will be awarded a $20,000 scholarship prize.