Angela Alsobrooks is using the comparison to draw attention to what taxpayers could be asked to cover under the Kirwan education reform plan. 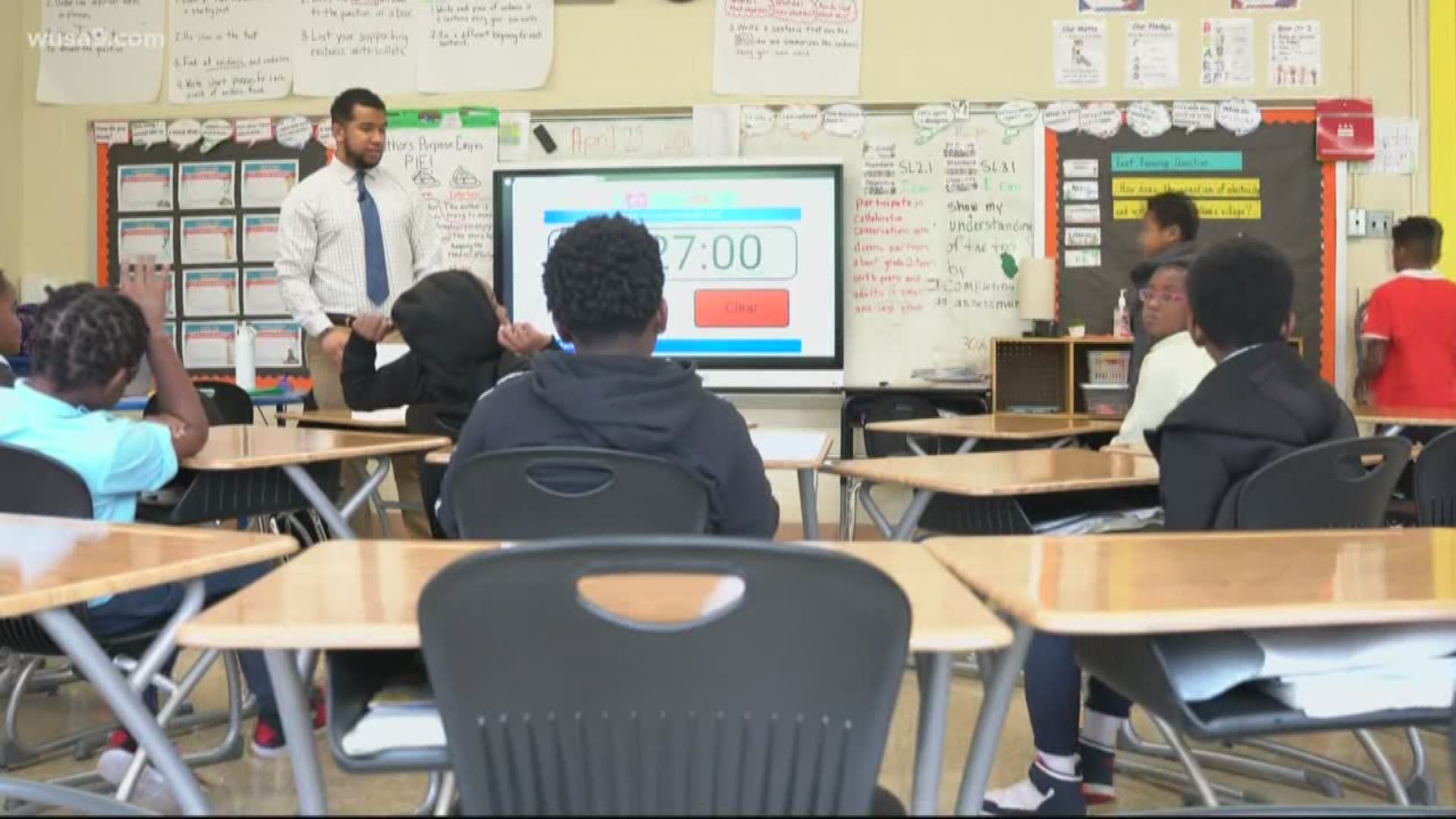 "He said  'if we did this, we just simply would have to de-fund the police department,'" Alsobrooks relayed. "This is what he told me. So you have to ask yourself what sense this makes."

Alsobrooks said she won't cut funding for police, but the example is one way she is trying to draw attention to some of the shocking figures that taxpayers could be asked to cover under a proposed statewide "blueprint" for education reform called the "Kirwan" plan.

Prince George's County would have to raise education spending by an estimated $400 million dollars per year, which rivals the police department's budget, according to Alsobrooks.

If adopted by Maryland lawmakers, The Kirwan Commission education blueprint for Maryland would force all school districts to adopt dramatic reforms including:

The estimated statewide cost would be $4 billion, according to the Commission.

"What $4 billion are you going to take out of where?" Hogan asked Wednesday.  "This money is not just magical money."

Alsobrooks said she's particularly stunned because the jurisdictions with the most African American kids, such as Prince George's County and Baltimore City, will be required to pay the most, while some wealthy school districts like Howard County, which she said already has adequate funding, won't need to spend more.

"The two systems that just happen to have the largest share of black, brown, impoverished and disadvantaged children, and then the formula is unaffordable for those two jurisdictions, it feels unfair and unequitable," Alsobrooks said.

Legislative leaders who are already grappling with the pushback are promising to find a workable plan before the 2020 session of the General Assembly ends in April.

"There are revenue sources out there," incoming Senate President Bill Ferguson, a Democrat from Baltimore, told an audience Wednesday.  "We’ve talked about sports betting, we’ve talked about tobacco taxes. In order to do this right, and have a 21st century government, we can’t rely on a 19th century tax system."