A letter sent to Gov. Ralph Northam calls for over $9 million in state funding for SROs to be reallocated to mental health services at schools.

VIRGINIA, USA — In a letter addressed to Gov. Ralph Northam this week, a state delegate and more than a dozen Virginia organizations have called for millions of dollars in the budget meant for school resource officers (SROs) to be reallocated for mental health services in schools.

Del. Kaye Kory (D-Fairfax County) wrote the letter with NAACP Fairfax President Sean Perryman. In total, the two say that $9.4 million allocated for school resource officers over the next two years in the state budget could instead be used for K-12 mental health counselors.

"We agree that the School Resource Officer programs as we know them today must be scrutinized now with the goal of suspension or elimination," the letter read. "Our children have been subjected to extreme stress as we have battled COVID19 and the poverty resulting for many families has only exacerbated that stress. Schools will need more counselors than ever before."

Due to the pandemic likely leading to some students staying home from school for virtual learning this fall, the letter said SROs would have "no place" in gradual reopenings.

In the letter, Kory and Perryman claimed data from school systems in other parts of the country showed student suspensions, disciplinary actions, and arrests dropped by as much as 77% in schools with substantially limited SRO programs. The two pointed to areas like Waco, Texas and Denver Public Schools for seeing improvements. 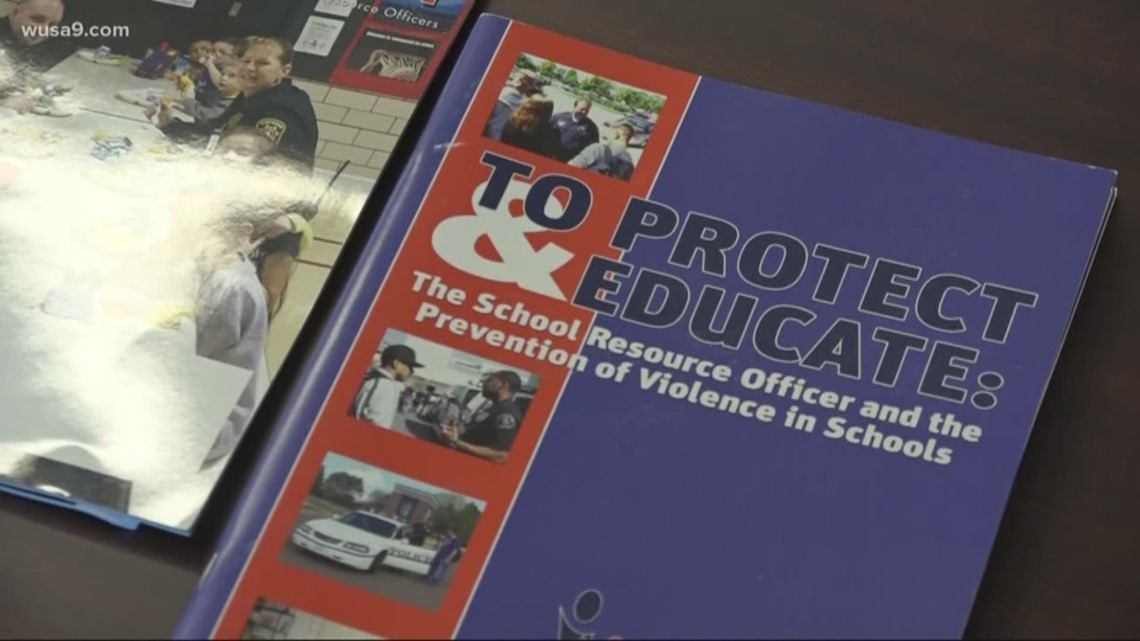 The Fairfax County Federation of Teachers joined several other groups and people who co-signed the letter.

"We don’t need extra people out here bringing the message of force to our children," Thomas, who has a daughter currently in the Loudoun County public school system, said. "It changes the entire environment. It changes the spirit of the school. It literally puts you in a mindset of war versus learning.”

Thomas said that having officers in schools sent the wrong message and the funding for SROs could be used for better purposes.

"When you over-police, the group that would be disproportionately affected would be that same Black group," she said. "We need tutors. We need everything but the police.”

Debates over SROs have been part of the nationwide protests following the death of George Floyd in Minneapolis in May.

While some have called for defunding SRO programs, others say the officers continue to make a big difference.

"I’ve maybe never seen a more critical time for our presence," former SRO Mo Canady, who now serves as the executive director for the National Association of School Resource Officers, said. "There are a lot of good innocent citizens that I fear are going to suffer by the defund police movement.”

Canady said SROs do far more than protect schools from violence and they can help improve community policing efforts.

"You build those relationships to really work alongside students to help them with problems they might have," he said. "If we can do that successfully with each other before they become adults then we’ve got a better shot at improving the whole relationship situation in communities and having a more effective law enforcement presence and keeping people safe.”

Any possible changes to SRO funding in Virginia could come during a planned special session with state leaders later this summer.