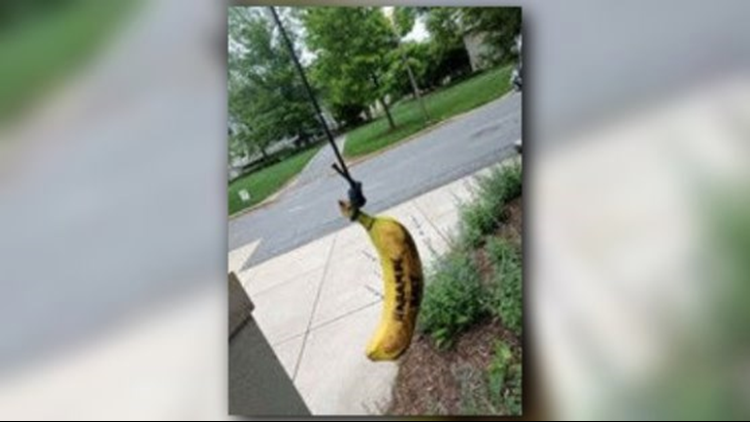 Photo by: Submitted
A banana hangs from a string that looks like a noose in a racist incident on the campus of American University on May 1, 2017.

WASHINGTON — A former American University student body president won a lawsuit against white supremacist trolls that targeted her online after a racist incident on-campus in 2017.

Taylor Dumpson’s lawsuit claimed the founder of the Daily Stormer, Andrew Anglin, and one of his followers, Brian Andrew Ade, targeted her in an online harassment campaign after someone hung bananas from a string in the shape of nooses on AU’s campus.

The bananas – found outside a dorm and near the student government offices – also were marked  with ‘AKA Free (a reference to Dumpson’s sorority, Alpha Kappa Alpha, and “Harambe bait," the lawsuit said.

It happened on May 1, 2017, one day after Dumpson was inaugurated as the first female, African-American student government president at American University

The media (including WUSA9) covered the racist incident and Anglin posted one of the articles about Dumpson on the Neo-Nazi website he founded, Daily Stormer, writing “No one feels safe around bananas. Some racists have taken to calling this African Queen ‘Dumpy Dumpson,’ smdh [shaking my damn head],” the lawsuit said.

Anglin told his followers to “troll storm” her, and said “Be sure to send her some words of support on Facebook, and hit up the AU Student Government on Twitter. Let her know that you fully support her struggle against bananas.”

Dumpson said she began to fear for her life, and felt constantly on edge when walking alone. She was diagnosed with PTSD, as well as several other conditions as a result of the trauma, the lawsuit said.

“This ruling is historic in that it marks the first time that a court has deemed racist online trolling activity that can interfere with one’s equal access to a public accommodation,” Kristen Clarke, the president and executive Director of the Lawyers’ Committee for Civil Rights Under Law said in a release. “The Court’s ruling recognizes the real-world damage done when bigots take to the internet to target and threaten African Americans and other people of color.”

Lawyers’ Committee said they took the case as part of their ongoing efforts to combat hate crimes across the U.S.

“This ruling should send a strong message to other white supremacists that they can and will be held accountable for hateful activity that constitutes unlawful discrimination, no matter whether it occurs online or in the real world,” Clarke said in the release.

The court also issued a restraining order against Anglin and Ade.

Another man, Evan James McCarty, accused of trolling Dumpson agreed to a court settlement requiring him to get "anti-hate training," apologize in writing and on video, and publicly renounce white supremacy back in December, the Associated Press reported.

No arrests were ever made in the racial incident involving the bananas on-campus, and April 2018, the university issued a release that said “all credible leads have been exhausted” and they were not able to identify a suspect.

In this Thursday, May 4, 2017 photo, then-American University student government president Taylor Dumpson speaks during a news conference on Capitol Hill in Washington. Dumpson is seeking more than $1.5 million in court-ordered damages against a neo-Nazi website operator who orchestrated an online harassment campaign against her. (AP Photo/Susan Walsh, File)
AP

"I know this is disappointing. I recognize the anger and grief that many experienced because of this traumatic event and understand that this is not the outcome we hoped for," Sylvia M. Burwell, the president of American University said in the statement. "We must create our own path to healing as a community."

She continued, saying the university will continue to ensure that the school is inclusive and a safe campus for everyone.

A Montana judge also recently levied a hefty fine against Anglin, the Missoulian reports. Anglin also didn't appear in that case, and a judge entered a default judgement in favor of Tanya Gersh on Aug. 9.

Anglin accused Gersh of trying to run the mother of white nationalist Richard Spencer out of Whitefish, Mont. in 2016. He published the personal information of the Gersh family on his website and wrote to his readers "Are y'all ready for an old-fashioned troll storm?"

The Missoulian reports Gersh said she and her family got threatening messages for months.

Anglin told the Associated Press earlier this year he lives abroad and he refuses to return to the U.S. for questioning - and now, court appearances - saying he gets death threats. The AP reported he told them he hasn't been back to the U.S. since 2012, though he has lived in the Philippines, Greece and Cambodia.

The Associated Press contributed to this article. 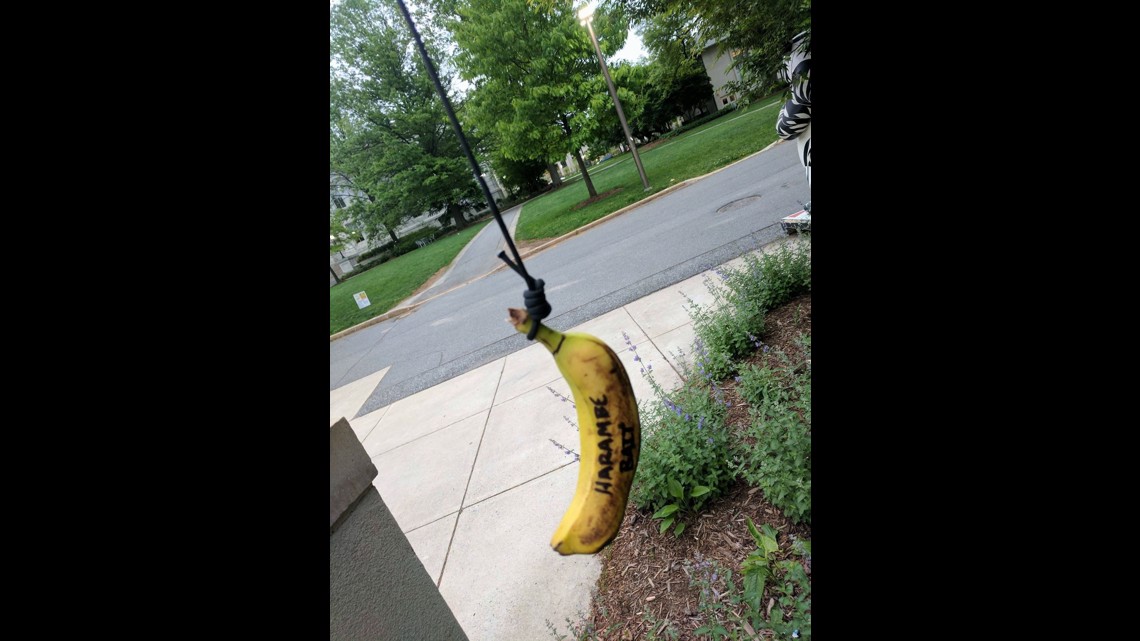