DCPS confirmed it received some petitions from principals regarding librarians after the Washington Teachers' Union said some were facing cuts. 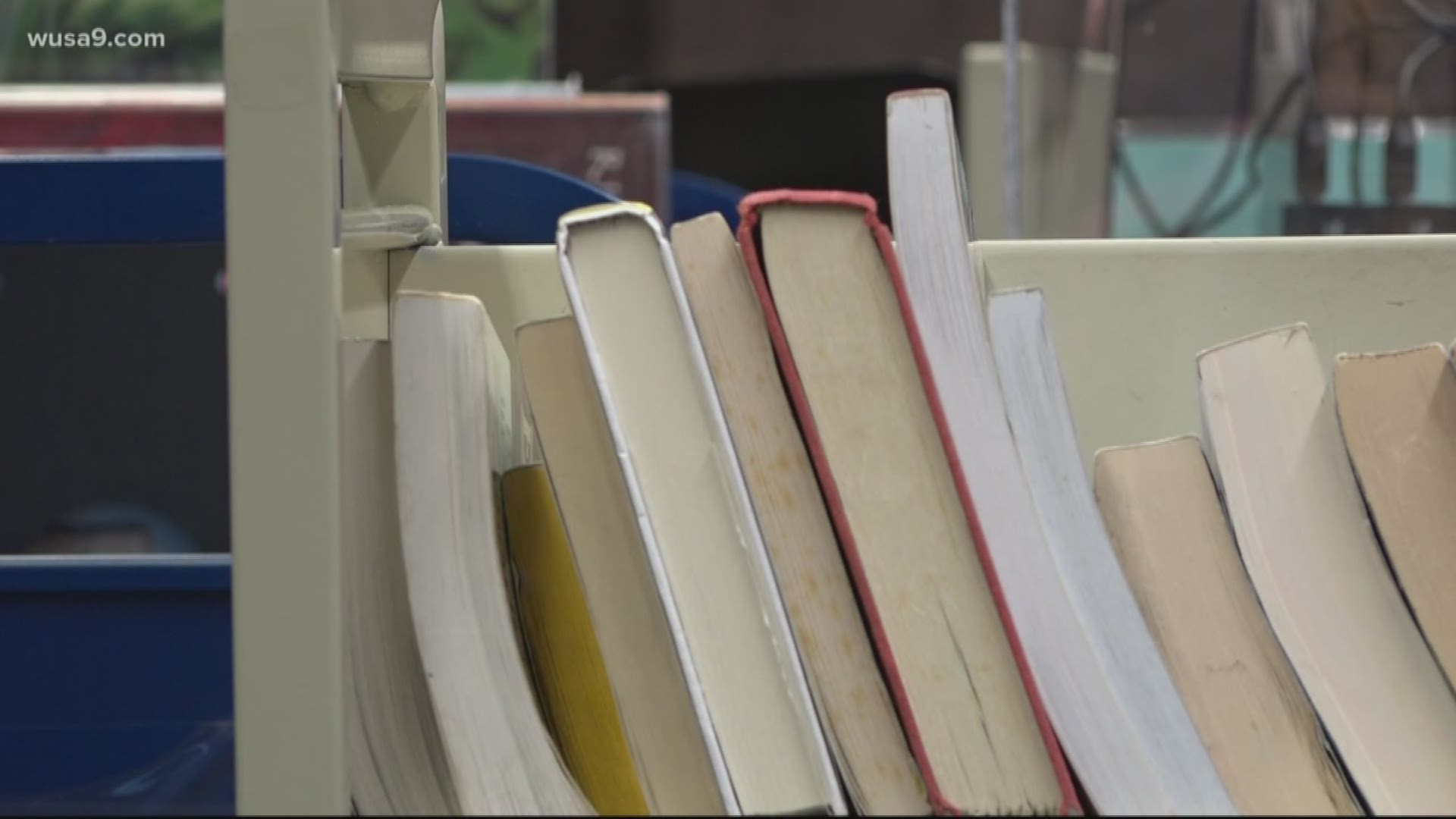 WASHINGTON — Librarians at some DC public schools could see cuts in their positions next year, per the Washington Teachers' Union.

DCPS confirmed that the district received "some" petitions regarding librarians in the budget submissions, but could not confirm the number.

According to DCPS policy, librarians are classified as a "Level 2 staff member," which means "flexible with petition." Essentially, schools are not required to maintain the position if they state a case for the reallocation of that money to other needs.

“What it probably boils down to is principals deciding either I take this, or I have this, and it shouldn’t be an either-or," WTU president Elizabeth Davis said. "Basically, it’s a symptom of underfunded schools."

WTU tweeted out that 25 petitions have been submitted to get rid of librarians, saying the announcement came at a meeting with librarians Tuesday night.

DC Public Schools has denied the claim, saying in a statement:

"The information shared by the Washington Teachers Union (WTU) on Twitter is inaccurate. Schools did not reduce allocations for Library Media Specialist positions in the manner stated by the WTU. Regardless of how a school chooses to customize its budget, DCPS central office will work with them to ensure that they are providing adequate access to library programs for the upcoming school year."

A librarian with DCPS said they have been getting mixed messages leading up to budget submissions.

“It was very upsetting because it’s coming from left field," said K.C. Boyd, a librarian at Jefferson Academy Southwest. "We weren’t, as a collective body of library media specialists ... informed that this was a possible option, so it was quite shocking that this was taking place.”

The union and librarians said they're concerned that increased budget cuts could cost them their jobs, and cost children the access to resources that Boyd said they will need to succeed.

“DC school library programming is essential to so many things, literacy, supporting students, their social and emotional levels," Boyd said. "What happens to the wonderful curated collections that were worked on so hard by previous library directors, and most importantly, what happens to the children?”

DCPS has maintained its commitment to providing students with the resources they need. Chancellor Lewis Ferebee told WUSA 9 in a statement that the district is investing $13 million in library programs, "so every school is allocated a librarian as well as nearly $1 million for school library book updates."

A spokesperson for the district said any decisions on librarians in schools will come after the board reviews budget proposals.

In preparation for a fight to save librarians, advocates are circulating a petition to keep them in every school.

"School libraries of today are the equalizers of K-12 education," Boyd said.

RELATED: She’s a DC native. Now, this principal is successfully educating kids in her own community #ForTheCulture