Critical race theory: What is it, and how are Toledo-area school districts approaching it?

Ohio is one of many states with proposed legislation aiming to ban the teaching of such concepts in public schools. 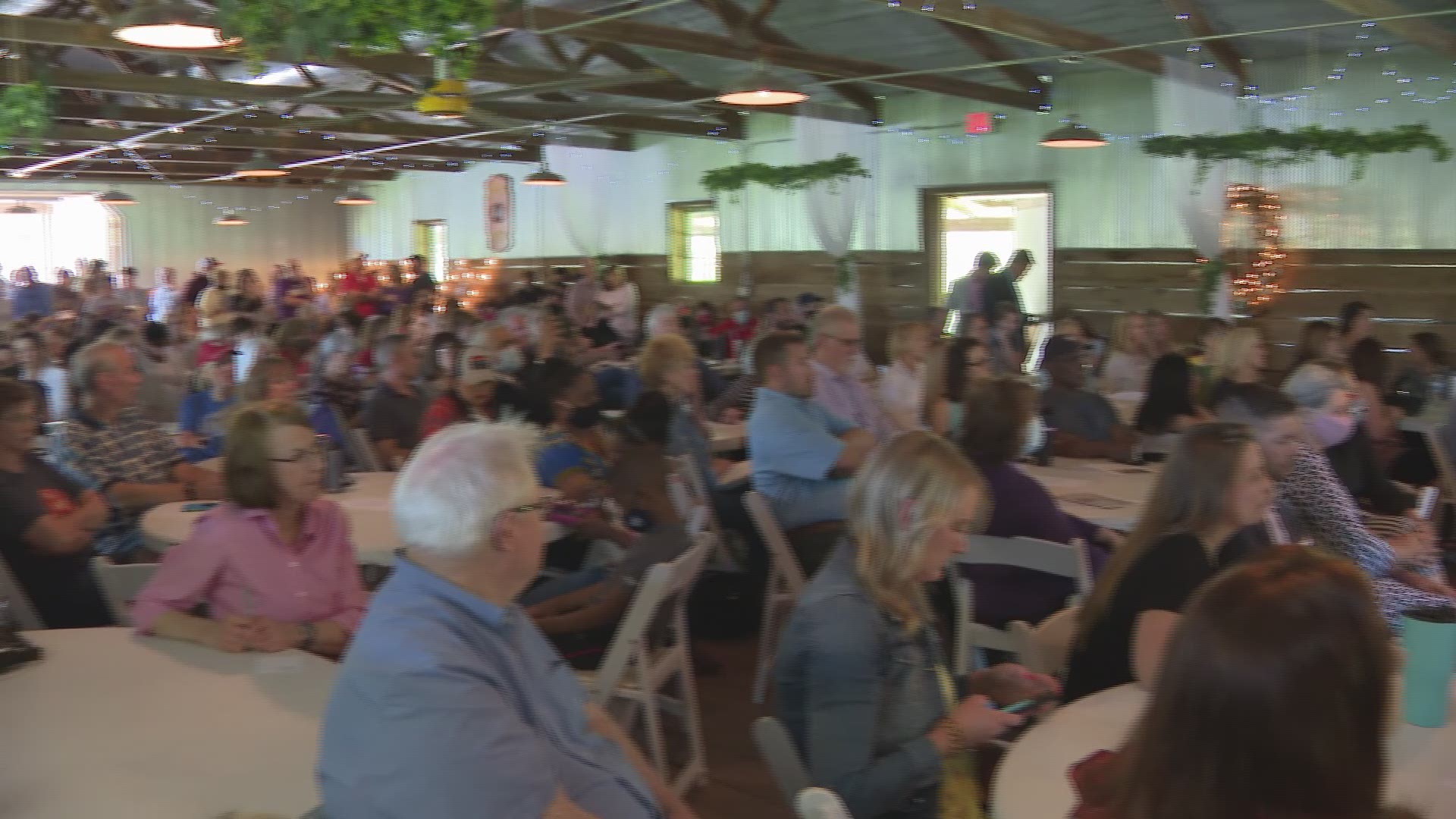 TOLEDO, Ohio — Critical race theory is being bantered about in headlines and entering the conversation in several state legislatures, but what is it?

The answer may depend on who you ask.

To many scholars and legal groups, including the American Bar Association, CRT is the practice of explaining the role of race and racism in society that emerged in the legal field and spread to others. It acknowledges how the effects of slavery, segregation and second-class citizenship of Black Americans still have an impact on today's social fabric.

To others, especially conservative lawmakers, CRT is divisive discourse that aims to make white people and Black people oppose each other.

The debate is new, but the concept is not.

CRT dates back to the 1970s and 80s and emerged from legal analysis from scholars such as Derrick Bell and Kimberle Crenshaw.

An example cited by Education Week points out government officials in the 1930s drew lines around poor neighborhoods, labeled them financial risks, and banks subsequently refused to approve mortgages for Black people living within those boundaries. Critical race theory says similar discriminatory behavior still exists today through "race-blind policies" like zoning laws that do not allow for public housing in certain areas.

Sociologists and literary theorists have studied links between political power, social organization and language. Findings are informing other fields, such as humanities and teacher education.

Critics, especially in state and federal legislatures, tend to be conservative, but not exclusively. Their interpretation of CRT differs from the educational and intellectual perspective.

RELATED: Tom Hanks op-ed: Teach about the Tulsa Race Massacre in our schools

Criticism includes the idea that the theory promotes discriminating against white people to achieve equality. The disagreement also stems from opposing views of what racism is and what it looks like.

CRT focuses on the outcomes of racism, not necessarily beliefs or actions.

Bills aiming to ban teaching concepts like critical race theory are popping up in several states, including Ohio.

Rep. Diane Grendell, R-Chesterland, mentioned critical race theory as one of the "divisive concepts" her bill would keep out of public schools. Schools would be prohibited from “creating feelings of discomfort, guilt, anguish, or any other form of psychological distress in individuals on account of his or her race, color, nationality, or sex.”

Grendell acknowledged injustice is part of the country's past and led to discrimination, but said teaching critical race theory would be "far worse."

Many Democratic lawmakers voiced opposition to the bill, including Rep. Casey Weinstein, D-Hudson.

And what does this mean for Holocaust education? That certainly may create 'feelings of discomfort'. We gonna cancel that next?!

This is downright SCARY. https://t.co/p6JtVtPVCQ

The ACLU of Ohio also opposes the bill, calling it "deeply concerning."

WTOL 11 reached out to four area school districts and asked them the same series of questions:

Responses from each district are published below, in full (NOTE: Perrysburg Schools was also contacted, but did not provide a statement. The school board held an in-depth meeting on the topic June 21, which you can read about here and watch below.)

"Toledo Public Schools has not specifically taken a stance on "teaching" a course around the framework of Critical Race Theory, however in support of the diverse population that we serve, it behooves us to provide an equitable and transparent educational experience. The Equity, Diversity and Inclusion department supports and provides training and dialogue around the existence of systemic and institutional racism."

"Toledo Public Schools currently has African American Studies as a course option at the high school level.  In April, the district adopted a new text and will develop a committee to create a more robust curriculum in the upcoming year.  In addition, the EDI department has been working with the Scott High School feeder to implement an Afrocentric design. This design will span PreK-12 in the Scott feeder.  An Afrocentric education empowers the whole student, family and community at-large through an understanding of past and present African American cultural contributions, to provide students with a holistic education. While embracing the African American culture, students will inevitably be exposed to the historic and current existence of racism in an effort to gain skills to diplomatically strive to eradicate oppression.

"This bill contradicts the theory of pluriversalism, or the push to acknowledge and value all cultures.  Suppressing the conversation around race further supports the point that position and power continues to perpetuate systemic racism in this nation. The bill does not erase the historic or current oppression that exists. It is important that individuals are able to critically examine various ideologies and develop their own frame of thought."

"The curriculum in Sylvania Schools is based on Ohio's Learning Standards. Like other districts across the state, we are watching this legislation."

On June 24, the district issued the following statement:

"In recent weeks our school district and board members have begun to field questions about Critical Race Theory (CRT) and more specifically, whether CRT will find its way into our classrooms. The purpose of today’s communication is to share the Sylvania Schools’ position with regard to this very sensitive and highly charged topic.

To be very clear, the Sylvania Schools Board of Education has not and will not be voting to adopt any curriculum that incorporates CRT. In Sylvania Schools, as with all Ohio public schools, students learn about the impact of race on American culture and history through the social studies curriculum. That curriculum is based on Ohio’s learning standards (Ohio's Learning Standards | Ohio Department of Education), and these standards guide material purchases, lesson development, test preparation, and all other content related to instructional implementation.

The last update to the Ohio K to 12 social studies standards by the Ohio Department of Education was in 2018. There are no proposed curriculum changes planned for the K to12 social studies curriculum. For those interested in learning more about how race or topics related to race are addressed in the ODE’s Learning Standards, we encourage you to explore those standards (Ohio's Learning Standards | Ohio Department of Education).

The quality of teaching and learning in Sylvania Schools is exceptional, and we will continue our efforts to exceed community expectations in the education provided to our students. To this end, we will continue to provide an academic program, based on Ohio State Learning Standards, that empowers our student population to excel and thrive in their pursuit of post-secondary education, military or trade."

"Maumee City Schools follows the learning standards set forth by the Ohio Department of Education (ODE) for all subjects and grades. New state and federal legislation is introduced on an ongoing basis and we monitor any/all legislation that could have an impact on the operation of our school district. Once new education legislation is enacted, we rely on ODE to provide guidance, timelines, and clarification for implementation, and we comply with what has been legislated.

"Maumee has a curriculum revision cycle that engages faculty, administration, the board of education, and other stakeholders in the revision process. This includes input from members of our Parent Council."