CEO Kevin Maxwell to 'transition' out of PGCPS 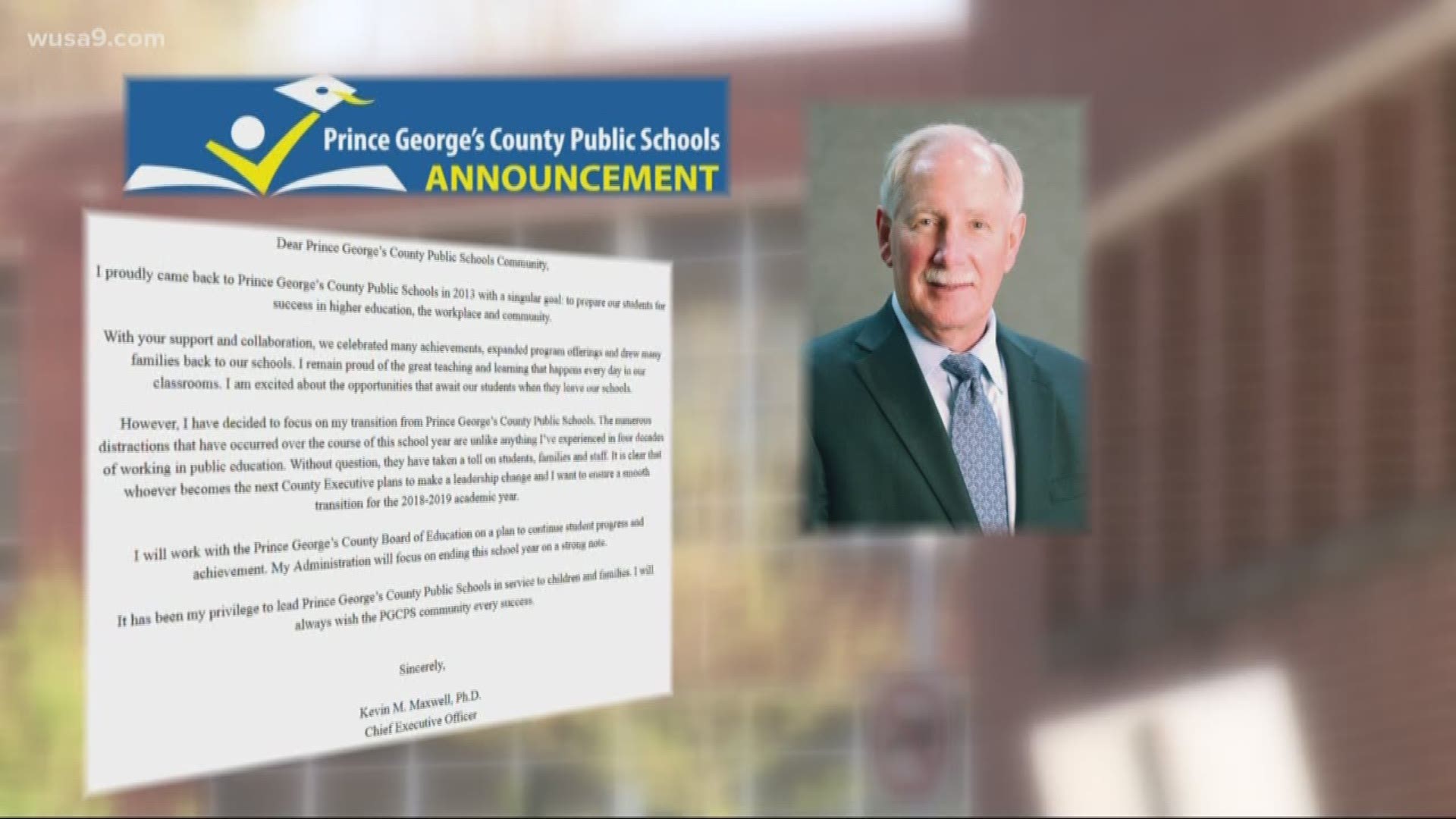 According to sources, the decision was something Dr. Maxwell was holding very close to the vest.

He met with his executive team Monday afternoon to let them know he will be leaving at the end of the school year, by June 30th. 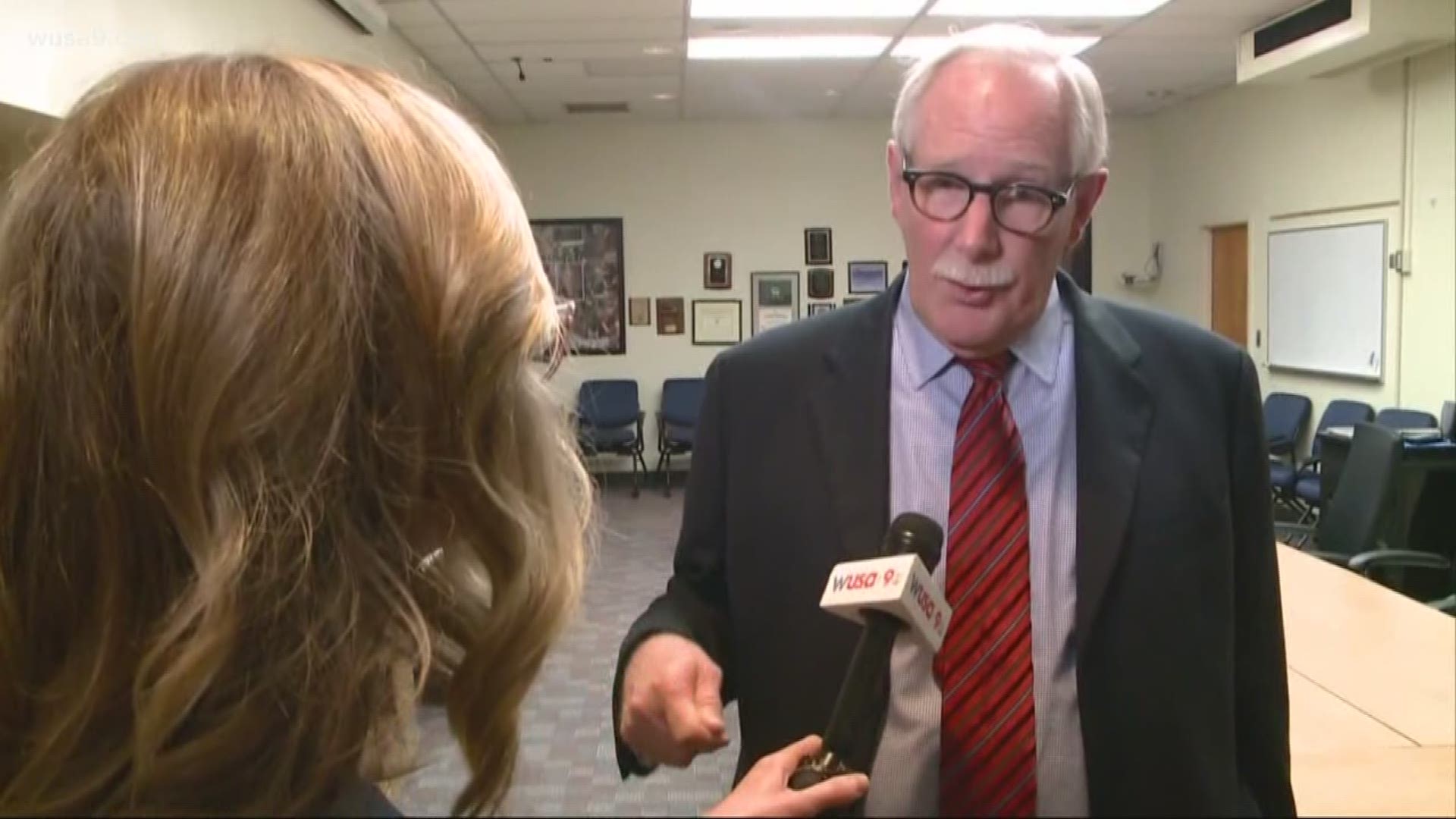 Dr. Maxwell emailed the following to the PGCPS community:

I proudly came back to Prince George’s County Public Schools in 2013 with a singular goal: to prepare our students for success in higher education, the workplace and community.

With your support and collaboration, we celebrated many achievements, expanded program offerings and drew many families back to our schools. I remain proud of the great teaching and learning that happens every day in our classrooms. I am excited about the opportunities that await our students when they leave our schools.

However, I have decided to focus on my transition from Prince George’s County Public Schools. The numerous distractions that have occurred over the course of this school year are unlike anything I’ve experienced in four decades of working in public education. Without question, they have taken a toll on students, families and staff. It is clear that whoever becomes the next County Executive plans to make a leadership change and I want to ensure a smooth transition for the 2018-2019 academic year.

I will work with the Prince George’s County Board of Education on a plan to continue student progress and achievement. My Administration will focus on ending this school year on a strong note.

It has been my privilege to lead Prince George’s County Public Schools in service to children and families. I will always wish the PGCPS community every success."

The CEO has acknowledged that he authorized raises of up to 35 percent for his executive cabinet, while a four percent raise for teachers failed.

Last week, school board members were expecting Maxwell to explain why he authorized raises for his executive cabinet, but Maxwell's office said he had no intention of explaining at the board meeting.

Maxwell is embroiled in scandals, including secret unauthorized raises for administrators, criticism of large raises he had the power to give, an internal audit that found evidence of grade inflation, and the loss of federal funding from head start after an abuse scandal.

There is also a political component to all this.

County Executive Rushern Baker appointed Maxwell to the position in July of 2013. Baker is now running for governor and is running in a Democratic primary June 26.

Governor Larry Hogan has called on Maxwell to step down. Several County Executive candidates said they would demand he resigns, so Maxwell likely would have been out of a job come November.

The school system does not have a timeline as to when Maxwell will make his transition.

“As educators, we hope this means we are moving in a different direction, but the issues in the Prince George’s County School system go well beyond Dr. Maxwell. There are deep structural problems and an unacceptable lack of accountability that must be addressed. We still need a fully elected school board. We still need adequate funding for our schools. If the next CEO is only accountable to one person – the County Executive – that’s not good enough. And when it comes to selecting new leadership at PGCPS in the days ahead, teachers, parents and students deserve a seat at the table.”