Arlington Public Schools will begin its school year with full-time distance learning before students transition into one of the two choices later. 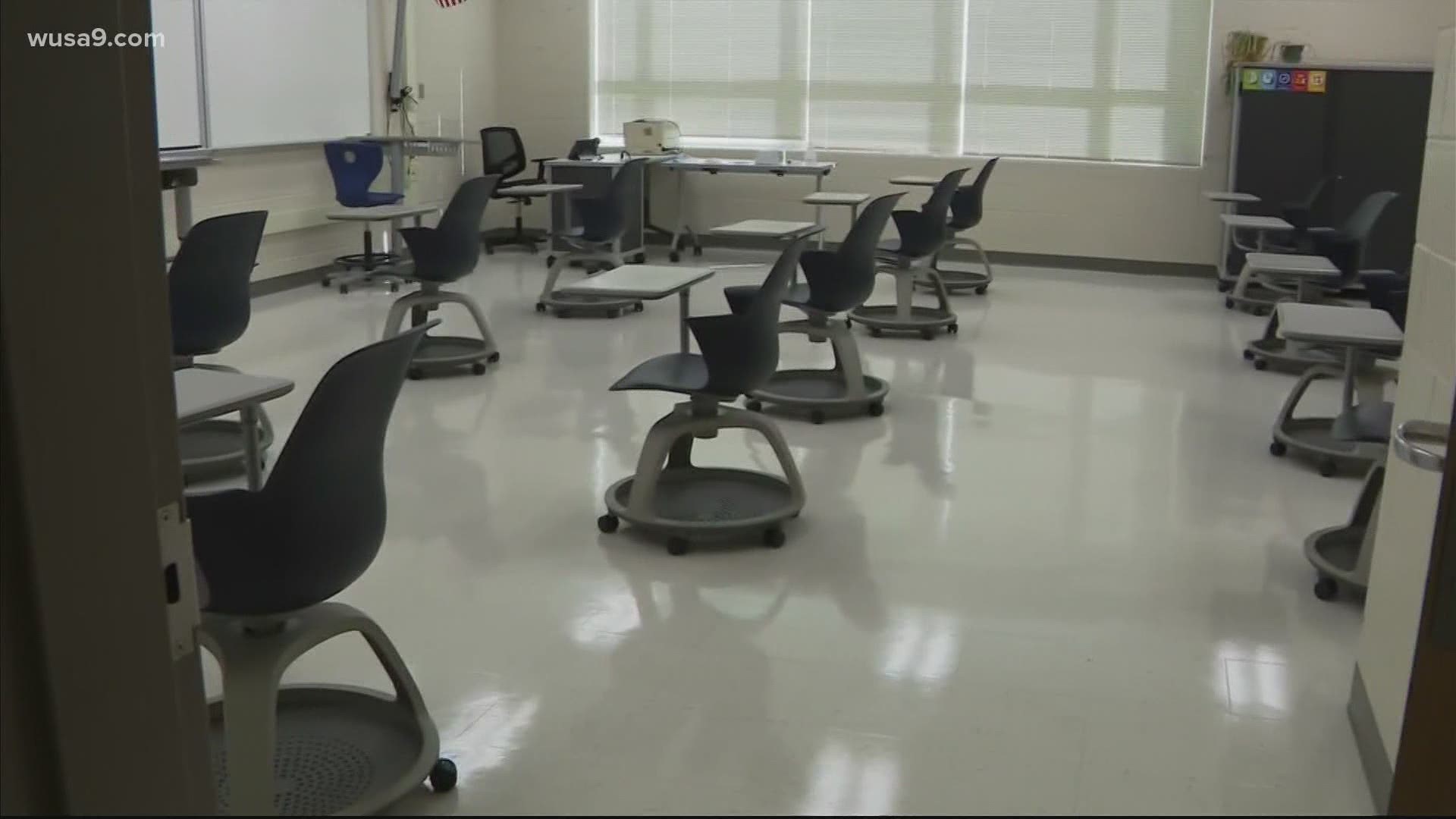 ARLINGTON, Va. — Arlington County parents had a big decision Monday. Those Northern Virginia families had to decide how their children would be educated by the local school system later in the school year.

She believes the school year should have started with students getting the chance to receive in-person instruction, whether it be full-time or through a hybrid model of learning.

She said her children did not fare well under APS’ distance learning program in the Spring. Neal said it did not advance her kids’ learning.

“They were so sick of the same things being drilled into them over and over again,” she said.

Read the latest update from @SuptDuran who will propose on Thursday night to postpone the start of the academic year to Tuesday, September 8, and begin our school year virtually in the full-time distance learning model for all students.https://t.co/5TiXNtjUyg #ReopeningAPS

“It could be years before we have a widely available vaccine,” she said. “We can't afford to leave our children at home, learning to read from an iPad with their fingers for years."

“I think [APS Superintendent Dr. Francisco Durán] is taking a hit for doing the right thing,” she said. “There is nothing more important than safety and there is community spread in Arlington. This virus is not under control in our country.”

As APS discussed how to handle its reopening in the fall, Fox organized a petition to support the “#OneAPS” plan, which promoted starting the school year with online learning for all students so they could be educated on the same playing field.

Fox said she is concerned about what could happen when the school district splits into two learning models later in the school year.

“Imagine the kids who are virtual who come back to their home schools a year from now and feel like outsiders, [and] the hybrid kids who are going to get less instruction,” she said. “To me, it just didn't make sense.”

Fox said she believed when APS does begin the process of reopening its schools to students, it needs to prioritize its more vulnerable students, like kids with disabilities, English language learners, and students who rely on school for their meals and social services.

But Fox added teachers should not be overlooked in APS’ plans either. She said she is concerned about how they could be affected when the school district splits between two models as well.

Last week, Duran, in a statement said he was aware of the difficulties some Arlington families may have adjusting to the school district's plans.

"I want to emphasize that this decision weighs heavily on all of us," Duran stated. "We recognize that this change will present challenges to many of our families, and I hope that by informing you now, you will be able to make necessary adjustments to your plans for the fall."