Animals At The NC Zoo Not So Wild About The Eclipse

The birds were the animals that reacted most to the eclipse because of the change in light. 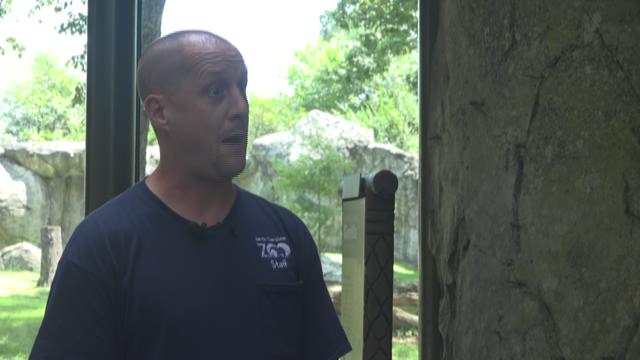 ASHEBORO, N.C. – It was just another day in animal paradise for the animals at the North Carolina Zoo.

Jason Balder, Lead Gorilla Zookeeper, says “animals have a very natural intuition towards natural things such as the eclipse,” so predicting their reactions and behavior is not black and white.

Rosie is the oldest female gorilla at the Zoo, and is the only one alive during the last eclipse 38 years ago.

“They’re not used to seeing dark during the day, or at least at that, during their biological clock, when they know what time it is,” Balder said.

The gorillas are taken to an indoor area beside the outdoor exhibit in the evening for their dinner where they tend to spend the night, even though the keepers give them access outdoors when weather allows it.

Animals Not So Wild About Solar Eclipse At NC Zoo

► Make it easy to keep up to date with more stories like this. Download the WFMY News 2 App now

We saw a little more reaction from the rope course next door.

The staff didn’t miss out on the eclipse fun and created a box projector from materials they found in their equipment room.

“We were actually lucky enough to have to have tape, a cardboard box, the kitchen had the tinfoil and we rigged up a solar viewer device,” said Lead Megan Hamilton.

At about 2:30 in the afternoon, the trees provided for a natural eclipse projector as the eclipse projected itself on the ground through the leaves in the shape of little crescents.

As it became darker, the Aviary was the place to be and the birds provided for a musical spectacle as the midday light turned to dusk.

The birds were the animals that reacted most to the eclipse because of the change in light.