'During class, we make sure we got someone on it' | McLean High School students run successful business 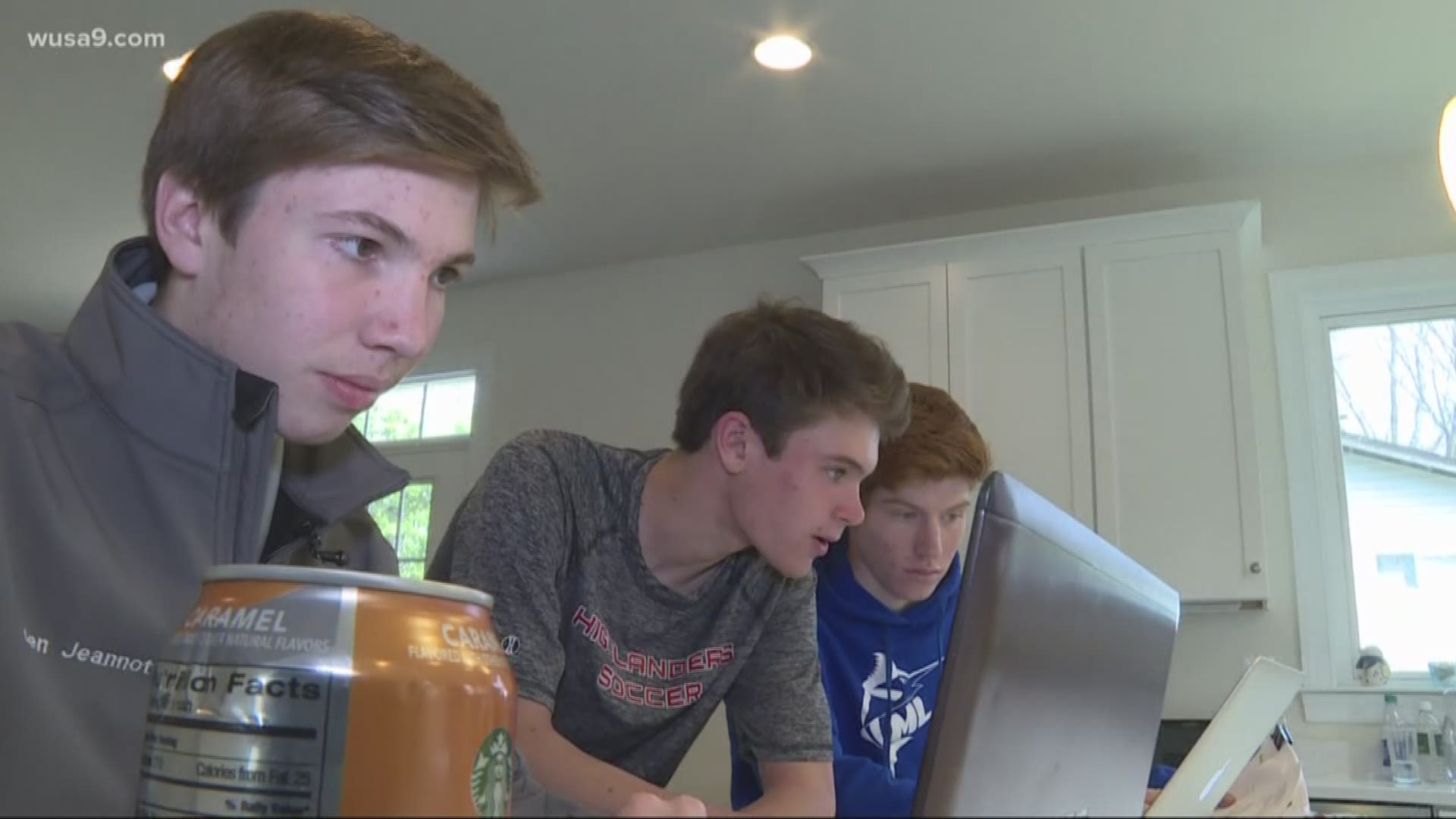 MCLEAN, Va. — Three teenagers in McLean are doing something many adults have never done: they started their own legitimate and successful business.

Juniors Ben Jeannot and Quin Frew, and sophomore Jack Lannin, now spend all their free time and more running their business, TeenServ (no "e" at the end), which connects teenagers with jobs.

They came up with the idea last summer trying to think up a creative way to earn money.

"Teenagers are busy now with school and sports and stuff like that,"  explained Jeannot. Understanding that teens don't have time to go door-to-door looking for jobs, the boys do it for them.

"Instead you can one onto our site, and then, boom, right there, you see what's available what's waiting for you and accept it," explained Jeannot.

In September, the teens set up Teenserv  as an LLC, limited liability company and over the past six months, it's grown. It's a job-connecting service that allows local homeowners to post outdoor jobs - like raking, leaf blowing, snow shoveling and lawn mowing.

Local teens who have signed up can accept the jobs. The boys take a cut from the total price of the job.

"So we take 20 percent off the top. So what the teenagers see on our website is what they get," said Jeannot.

After the work is done, the boys pay their teen workers through PayPal accounts. They say the workers are making anywhere from $13-20 an hour.

They have 109 teens signed up so far, and their list of homeowners posting work is also growing.

"We've had a 100 percent satisfaction so far and part of that is that we personally guarantee it ourselves," Lannin said. "So, fortunately we haven't had to yet, but if a customer gets a job and they're not happy with it, it doesn't matter what we think, we refund theirs 100 percent  and is ourselves come out to do the job for them 100 percent free of charge."

But, he adds, they've never had to do that.

"All of our customers have been super happy so far," he said.

This is no part-time business. The boys say they respond to job postings immediately, even if it happens while they are in school.

"During class, we see the email, we just got to immediately make sure we got someone on it. We want to make sure that the customer is satisfied. We don't want them to be last minute, being like, 'Oh, is someone going to be here?'  We want them to know that someone is going to come out and do the work for them," said Frew.

In addition to running the business, the boys all play sports. As for homework, their mom have said from the start, homework must happen or TeenServ doesn't happen. So far, they have been able to make it work.

And they are getting real life business experience by doing it.

The boys plan to expand Teenserv to other areas around the DMV, and then hope to one day take it national.

The boys only take outdoor jobs--no babysitting jobs because there is too much liability. Other safety precautions include making sure job posters are not on the sex offender registry and instructing teens to leave the job site if they ever feel uncomfortable.