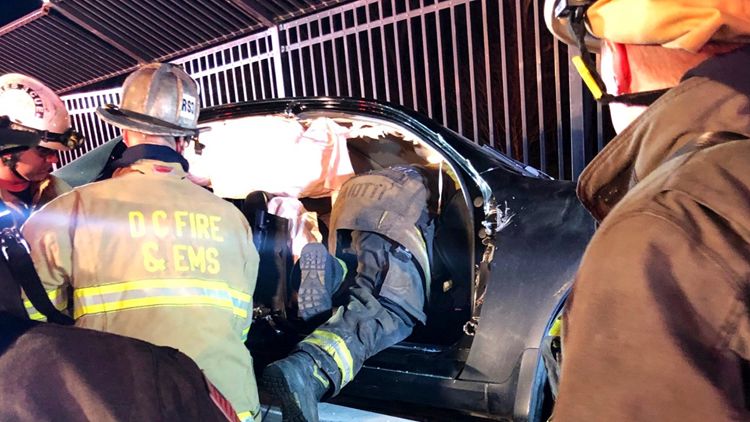 Driver seriously injured after car flips onto fence in DC

WASHINGTON — A driver is seriously injured after their car flipped onto a fence in Southeast, D.C. late Thursday night, officials said.

Around 11 p.m., police responded to 2500 block of Southern Avenue for a crash involving entrapment.

Shortly after arriving to the scene, officials were able to rescue the driver from car that was up against the fence on the overpass of Suitland Parkway.

The driver was taken to the hospital with serious injuries. Police have not identified the victim at this time.