The Humane Rescue Alliance has increased the reward to $7,500 after a dog was brought in with an ax wound to the head 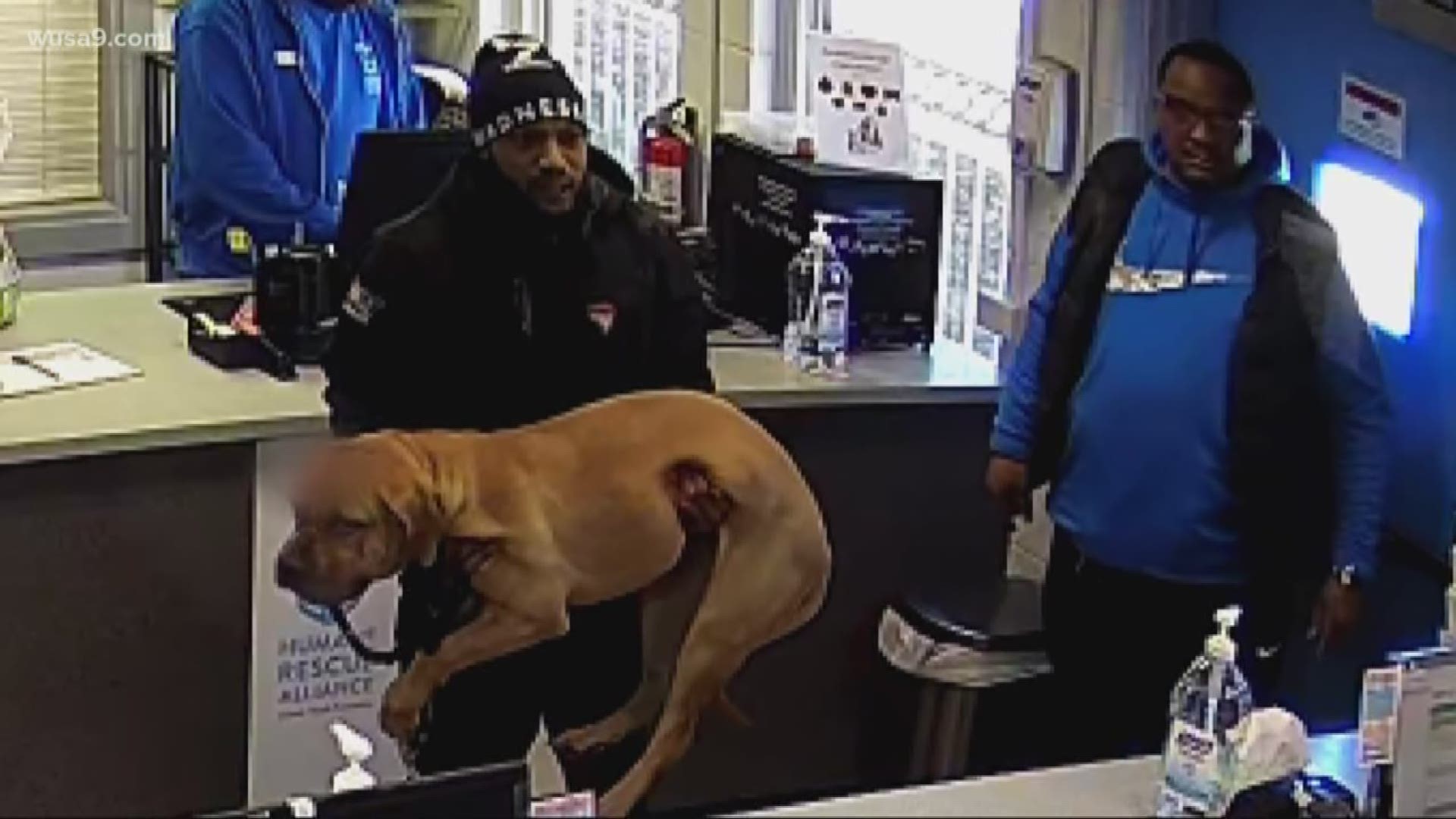 A dog found with head wounds caused by an ax or hatchet had to euthanized at the end of February, the Human Rescue Alliance (HRA) said.

The Human Rescue Alliance is now looking for more information and offering a $7,500 reward for anybody who may know more about this animal cruelty case.

On Thursday, Feb. 28 two men brought a female Bullmastiff to the Human Rescue Alliance located on New York Avenue. Vice President of Field Services Chris Schindler said a necropsy determined the severe wounds were from an ax or hatchet.

"I’ve seen a lot of really horrific acts of cruelty over my career, but this is a really extreme case," said Schindler. "Which is why this is important for us to investigate."

Due to the injuries, the dog had to be euthanized. Schindler said that the dog was about one-year-old and weighed between 80 and 100 pounds. The Humane Rescue Alliance was told the dog was found in Southeast D.C. near the Southern Avenue Metro station.

Schindler says HRA has not been able to contact them for follow up questions. He says there are many pieces of information still missing in this case, including exactly where the dog was found.

"At this point we just really want information from them on what they saw, when they saw it, how they found her originally, anything that they can recall," said Schindler.

HRA has even released a photo of the truck the two men drove to the shelter in with the hope someone will recognize it and tell them investigators need to speak with them.

"This is a really heartbreaking case," Schindler said.

HRA is asking anyone with who may have noticed anything unusual on the morning of Feb. 28 near the Southern Ave. Metro station or anyone who recognizes the dog and is seeking information regarding the source of the dog’s injuries or the address where she may have resided. If you have information, please call 202-723-5730, option 1.