'You made my week, my year, my life' | Dog who ran from deadly St. Charles crash reunites with owner

5 On Your Side was with the owner when he got the call that his dog had been found. 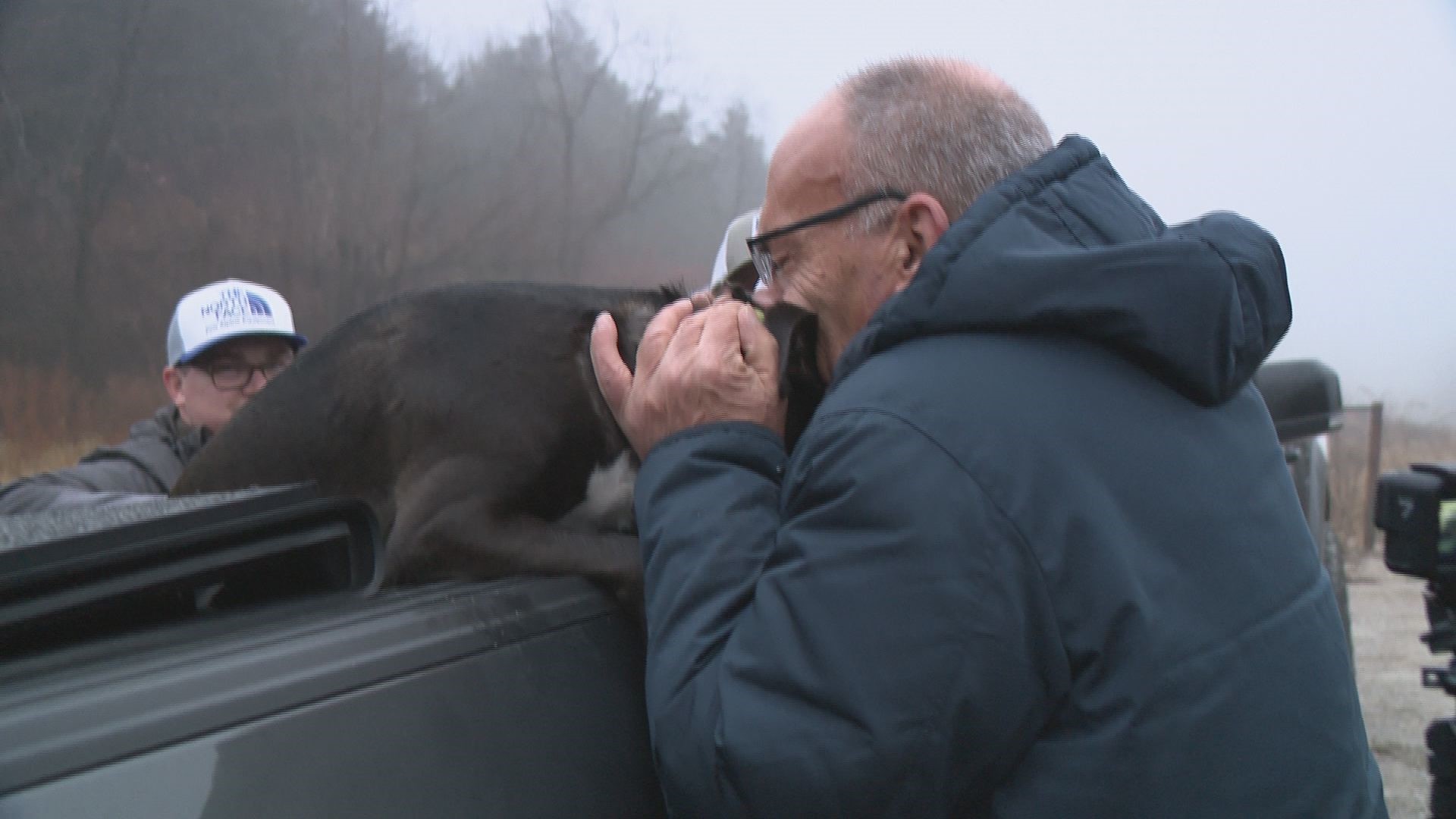 Robyn Schupp was driving her Jeep on Highway D near the August A. Busch. Memorial Conservation Area. While trying to round a curve, she crossed the center line and hit an Audi.

Schupp and her passenger Barb Boeshansz both died in the crash.

The Audi driver, Rose Smith, is recovering from her surgeries after breaking her arm and a bone in her heel. Her two dogs were also in the car.

The Golden Retriever Cody was taken to an animal hospital, But Blake ran off.

"When they were cutting her out of the door, Blake, the little Pitbull mix, ran away into the woods," said Rose's boyfriend Joe Towers. "Rose is going through a lot now and it's a tough time. It would mean everything."

While Smith was in the hospital, Towers looked for their 1-year-old pup all Saturday morning at the Busch Conservation Area. But he was also searching for some clarity from the chaos after his girlfriend was hit head-on.

But his tears of desperation turned into tears of joy.

While 5 On Your Side was with Towers, his girlfriend called him saying the search was finally over. A short time later, he and Blake reunited with a big hug and plenty of kisses.

Three men had been fishing when they saw Blake. "We were wrapping up and when he came back to the car," Patrick Meyers said. "We saw Blake happy and friendly and jumping around."

Without any knowledge of the situation, they were able to find the hope Towers was looking for.

Joe's girlfriend is expected to be okay and his dog Cody is stabilized. He sent 5 On Your Side a photo of Blake a few hours after he was found, saying that he's home, fed, happy and seems healthy.

How to download and use the 5 On Your Side app
We're excited to share with you that we've launched an all-new and improved mobile app designed for our most important audience: You. DOWNLOAD THE NEW 5 ON YOUR SIDE APP HERE! The new phone and tablet app boasts a modernized look and feel that complements what you see during broadcasts, and we've made it easier than ever to find the information you care about most.

RELATED: 'I had to jump out of the window' | East St. Louis man recounts escape from burning apartment building