The #redcupproject was the brainchild of 54 year-old David Salovesh, who was killed last week by a speeding driver evading police. 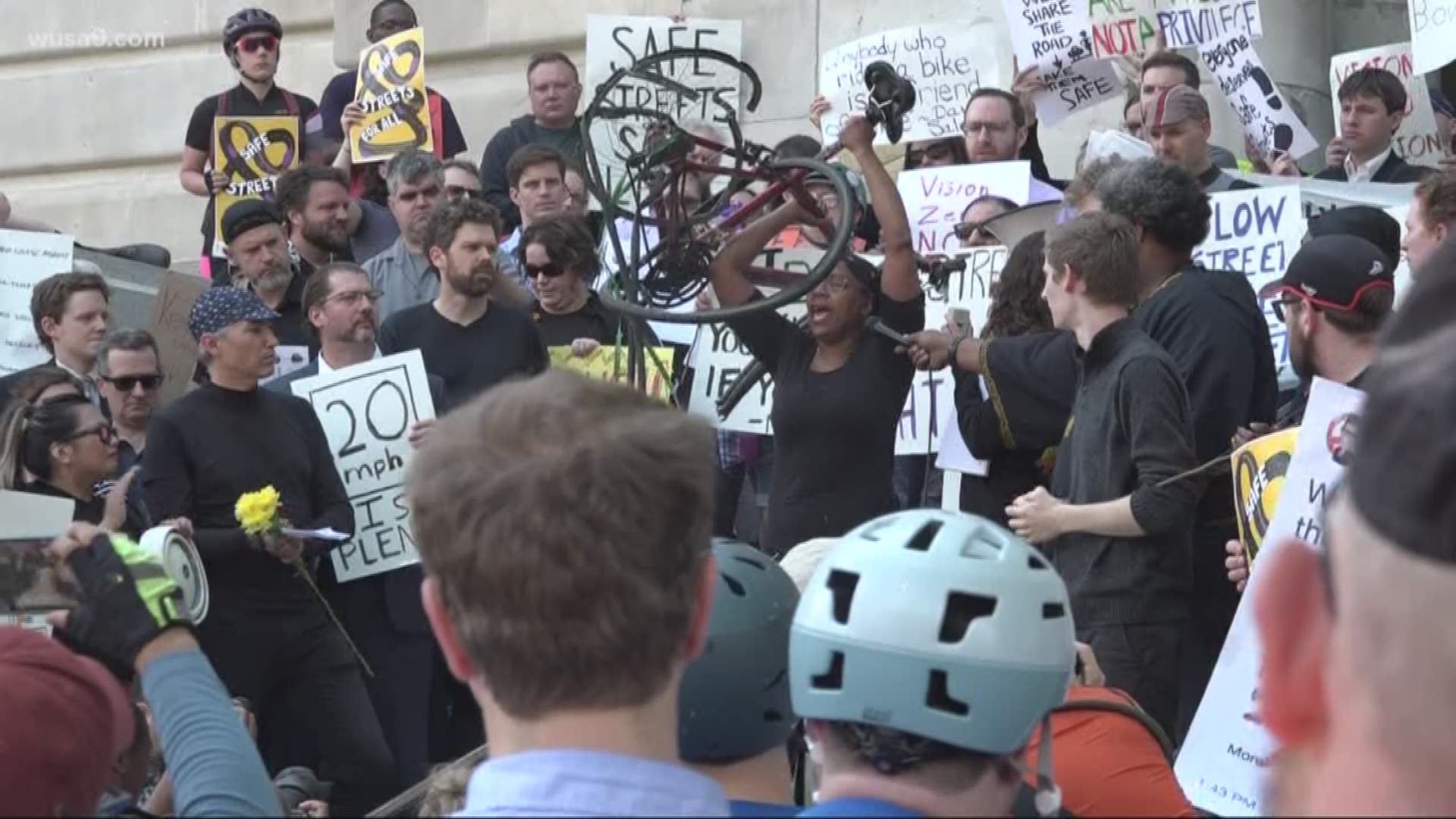 D.C. cyclists held a protest outside of the John A. Wilson building to demand safer streets.

“We’re asking for additional resources, hard deadlines, and accountability for when things don’t happen," Colin Browne, spokesperson for the Washington Area Bicyclist Association, said. "The pace of change is just too slow."

The rally was put together after David Salovesh was killed by a speeding driver last week. Cyclists at the rally remembered the 54-year-old as a passionate cycling advocate.

“He was a man who wanted to see us safe," his best friend said.

Salovesh was also the brains behind the red Solo cup project, which aimed to show just how dangerous bike lanes can be.

“He took these red Solo cups, filled them with water, and put them up on the edges of the bike lanes," Matthew Sampson, who was friends with Salovesh, said. "When the cups fell over, the water was sort of evocative of blood."

Friday, in addition to the rally, red Solo cups were lined along bike lanes once more. Cyclists around the city -- and around the nation -- joined in to show solidarity.

Bikers from L.A., Boston, New York, and Portland, Oregon joined in on the #redcupproject.

“I am blown away by the reaction, it’s amazing to see how this issue impacts everyone," Sampson said. "Right now I feel like I have the support of every bike community in America right now. They’re all sort of standing in solidarity with us right now. And I really hope it sparks sort of a national movement maybe."

Salovesh's friends hope that will be his legacy.