Metro shuttered six Virginia stations on May 25 for a massive repair project, but that did not have a major impact on traffic, according to Alexandria officials. 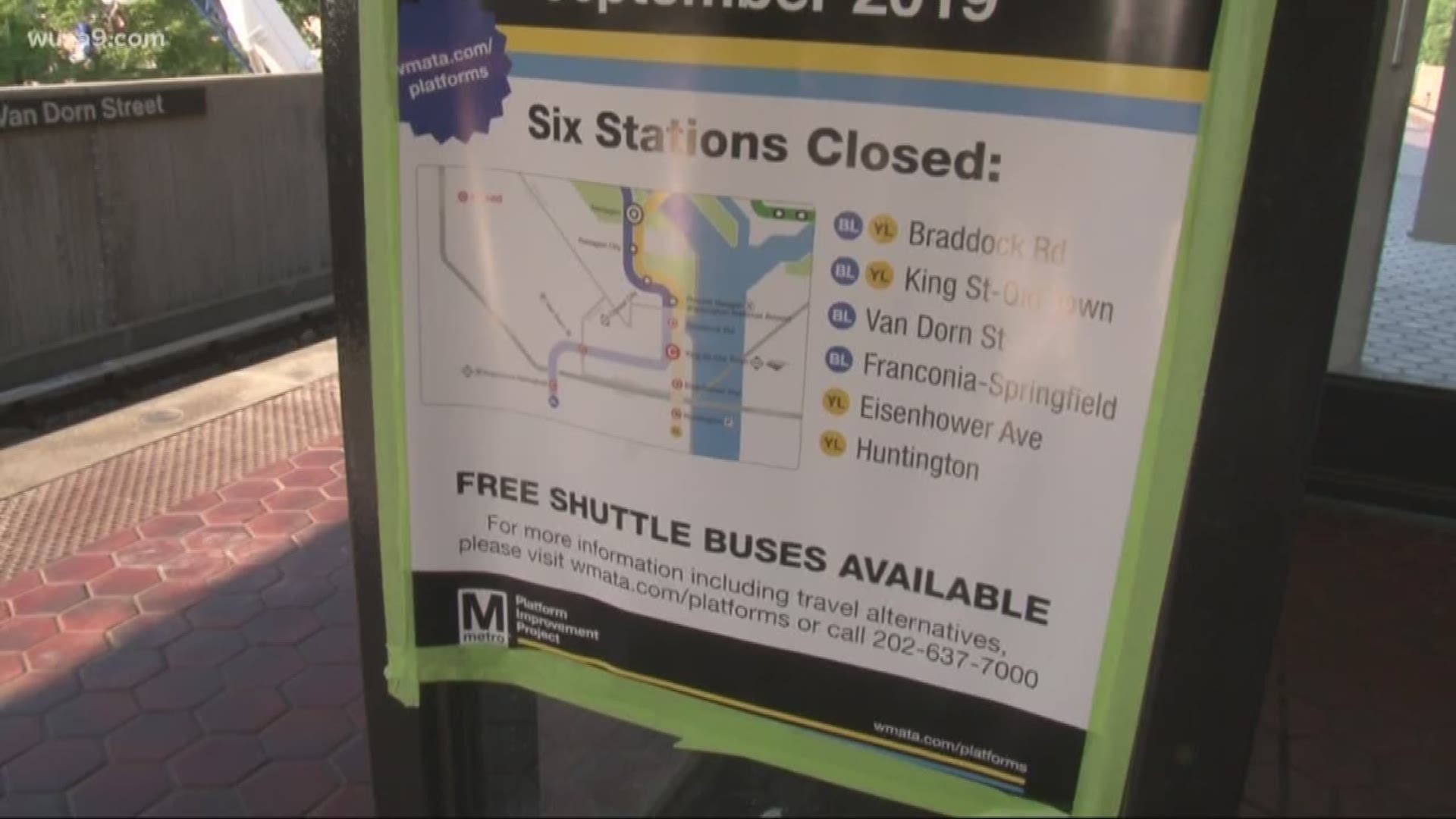 ALEXANDRIA, Va. — You would be wrong to assume that the traffic jam you sat in last week was because of Metro’s biggest shutdown ever, according to a new report out Wednesday.

Metro shuttered six Blue and Yellow Line stations south of Reagan National Airport on May 25 for a massive repair project, but that did not have a major impact on traffic in the area according to a report by Alexandria City officials.

The report focused on the impact of the shutdown on the city’s main north-south corridors such as Route 1, Washington Street and North Van Dorn Street.

“With the variation in traffic patterns, it was difficult to determine the impact” of the shutdown, the report said.

“Traffic, as usual, was impacted by weather, crashes and power outages,” said the report. “The most significant delays were typically due to one of these factors.”

The unprecedented Memorial Day to Labor Day shutdown aims to fix crumbling outdoor station platforms which have been worn away by the elements. Metro projects the shutdown will impact 17,000 daily rush hour riders — almost one in every 10 riders across the entire system.

RELATED: 6 Metro stations are shut down. Plan your commute here

There were some problems last week, such as issues with Metro’s free shuttle buses. But overall, the report might show that Metro riders cutoff by the closure may have heeded the transit agency’s months of warnings and found alternatives to driving.

Alexandria said would-be Metro riders flocked to city DASH buses, which operated more than 100 buses at once during Tuesday evening’s rush—a first for that transit agency. The Water Taxi between Alexandria and The Wharf at times saw a more than 30% spike in ridership, totaling 2,275 riders over last week.

RELATED: 6 Blue and Yellow line Metro stations to close for this summer. Here's what you need to know