Demand for apologies after Hogan accused of 'Trump Tactics' on Twitter

'I don't think that's a good look for the governor,' said Montgomery County Councilmember Tom Hucker, who said he thinks an over-eager staffer was tweeting in Hogan's name. 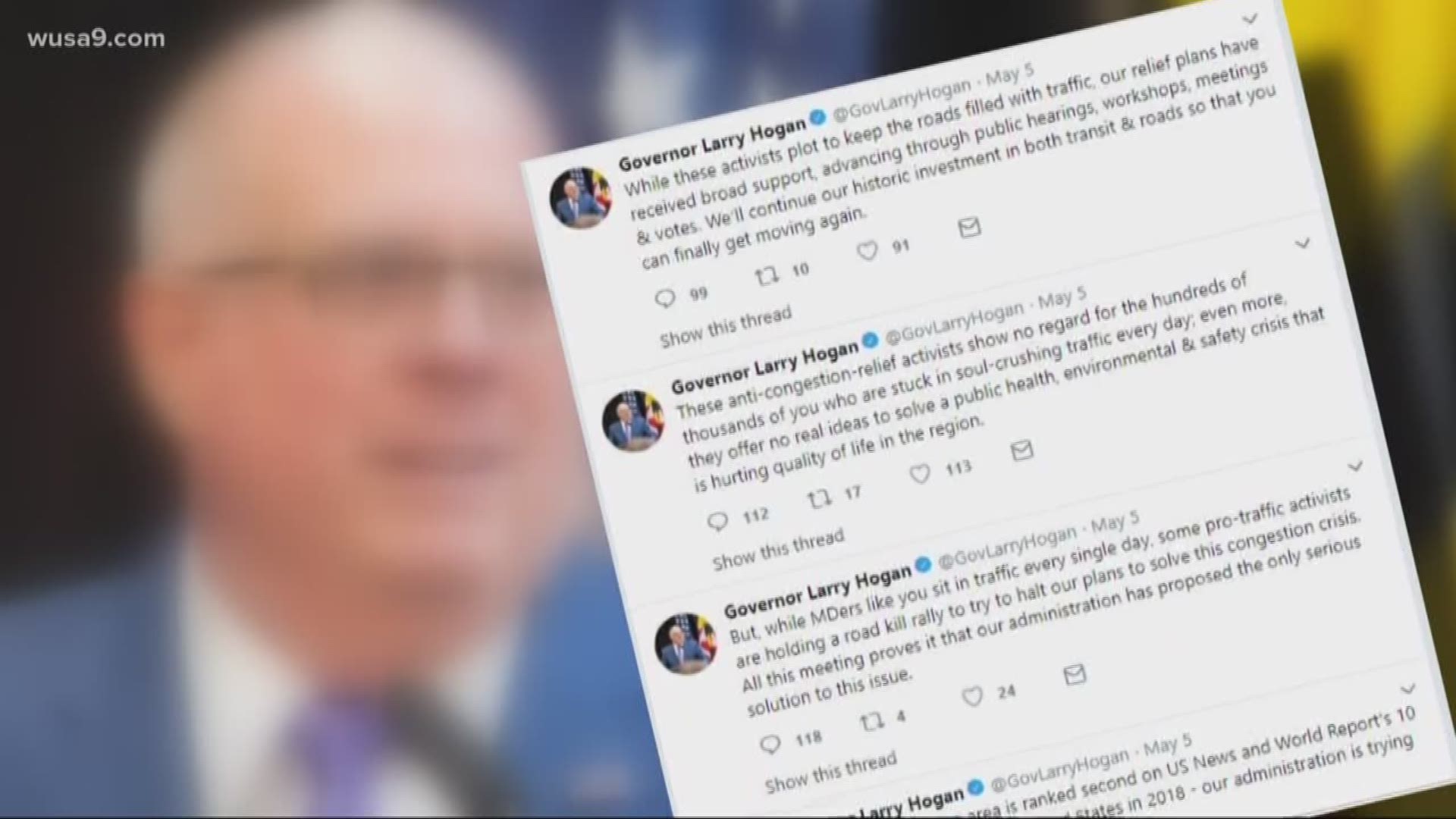 ROCKVILLE, Md. — Maryland Governor Larry Hogan may be considering a run against President Donald Trump as a more moderate option, but a Twitter storm over the weekend by the governor had his critics comparing him to President Trump instead.

The governor's comments came in a series of four tweets filed Sunday afternoon.

"I don't think that's a good look for the governor," said Montgomery County Councilmember Tom Hucker, who said he thinks an over-eager staffer was tweeting in Hogan's name.

"I like Governor Hogan. That doesn't sound the the governor I know," Hucker said.

Regardless, Hucker is calling for an apology.

At a rally Sunday,  hundreds cheered as citizens and politicians questioned the governor's $11 billion privatization strategy for widening I-270 and the Maryland portion of the Capital Beltway by installing for-profit toll lanes.

An interactive map shows how at least 1000 individual property owners might be impacted by widening.

As many as 34 homes might need to be seized and demolished.

Representatives for Hogan have not responded to demands for an apology.