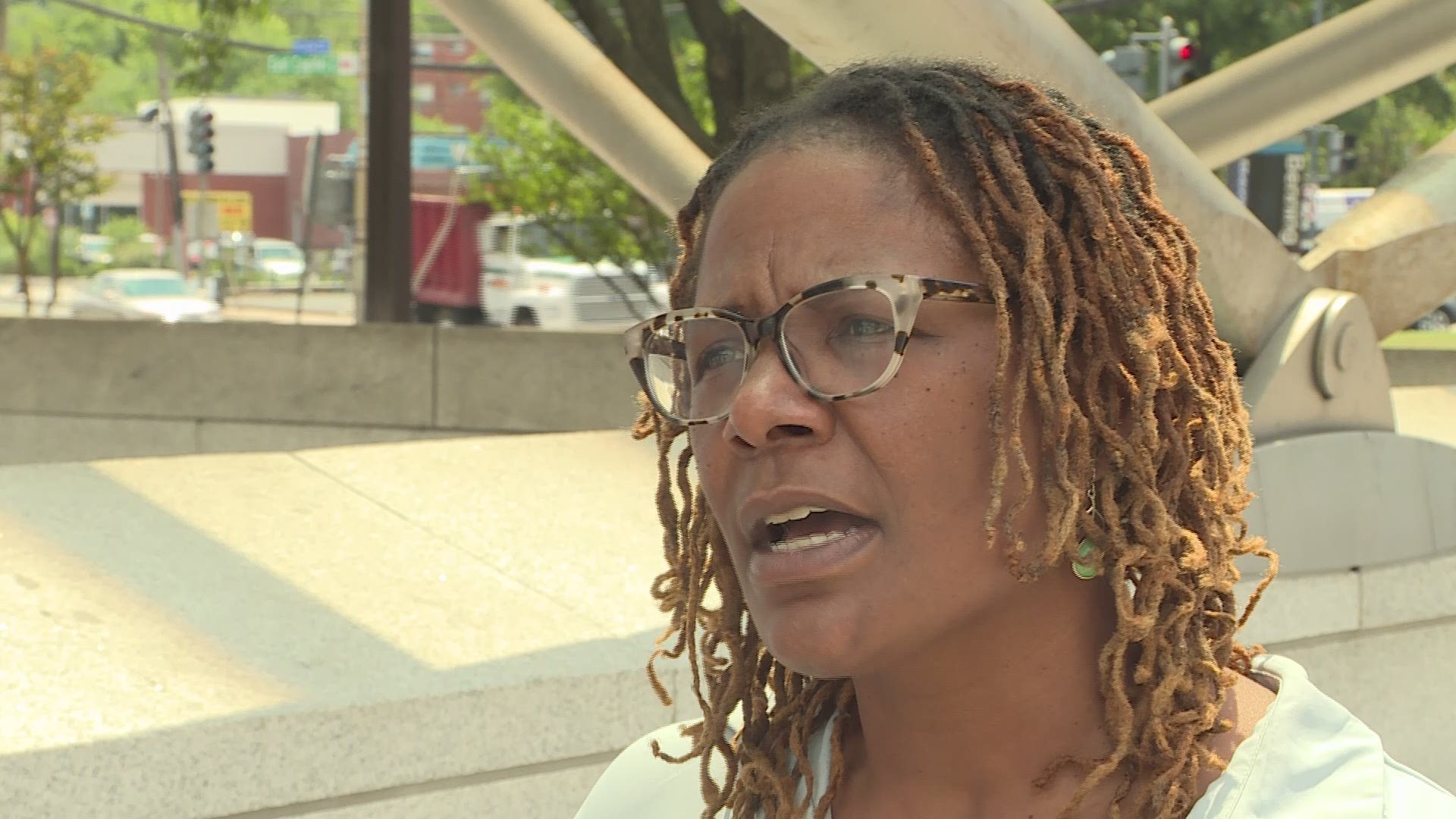 WASHINGTON -- The D.C. Judiciary and Public Safety Committee will soon be considering a bill that would decriminalize prostitution, after D.C. Council member David Grosso submitted it for consideration Tuesday.

D.C. sex workers say the bill will keep them safe.

A sex trafficking survivor says it could endanger children.

“I’m wondering why sex work has ever been penalized to begin with," said Tamika Spellman, a sex worker and Advocacy Associate for HIPS, which stands for Helping Individual Prostitutes Survive. "It doesn’t make any sense, because if there is a crime, shouldn’t there be a victim? Where’s the victim? I become the victim.”

Spellman has a degree in political science, but she says she's been able to make more money as a sex worker, which she has done for decades.

She said the fact that her job, which she chose, is illegal poses the real public safety threat--not the job itself.

“A lot of sex workers are beaten, robbed, raped, shot, killed, and much of what goes on with us is ignored,” said Spellman.

She said they're afraid of getting charged if they were to go to the police for help.

That's why HIPS and other organizations worked with Council member Grosso to introduce a bill that would decriminalize prostitution in the District.

Tina Frundt, a sex trafficking survivor and founder of a non-profit to help children being trafficked, Courtney's House, said the bill will have many unintended consequences.

“Yes, pieces of the bill may sound good, no criminalizing of people in the life, yes I agree with that," said Frundt. "There’s a voice in the bill that’s actually being left out. The voice of mine as being a survivor of sex trafficking."

One of the parts of the bill she takes the most issue with essentially legalizes brothels.

It would repeal the act that "enjoins and abates houses of lewdness, assignation, or prostitution."

Frundt said repealing that act would make it harder to find the missing children who have been trafficked and hidden in the homes that police now would not have the authority to search.

“There are adults now in that home that’s not calling people to help…so what happens is our youth don’t think people care about them, because they were trafficked in plain sight, but hidden every day," said Frundt.

She said the fact that D.C. Police has a unit dedicated to child sex trafficking speaks volumes about its magnitude, and that it's an important consideration with a bill such as this.

The bill does state that it wants to maintain current laws on sex trafficking, but Frundt believes it will still create a loophole.

Courtney's House said 60 percent of their trafficking cases involve those who have been exploited by their families, which further enhances Frundt's concern with legalizing brothels.

She is in favor of partial decriminalization -- without the clause about 'houses of prostitution.'

“You can’t partially decriminalize, because that still leaves the possibility for police using that as a way to criminalize consenting sex workers," said Spellman.

The bill has been referred to the Judiciary and Public Safety Committee.

The head of that committee, Councilmember Allen, has now signed on as a co-sponsor and will be responsible for scheduling a hearing.