Police charged the cyclist with 'failure to pay full time and attention.' 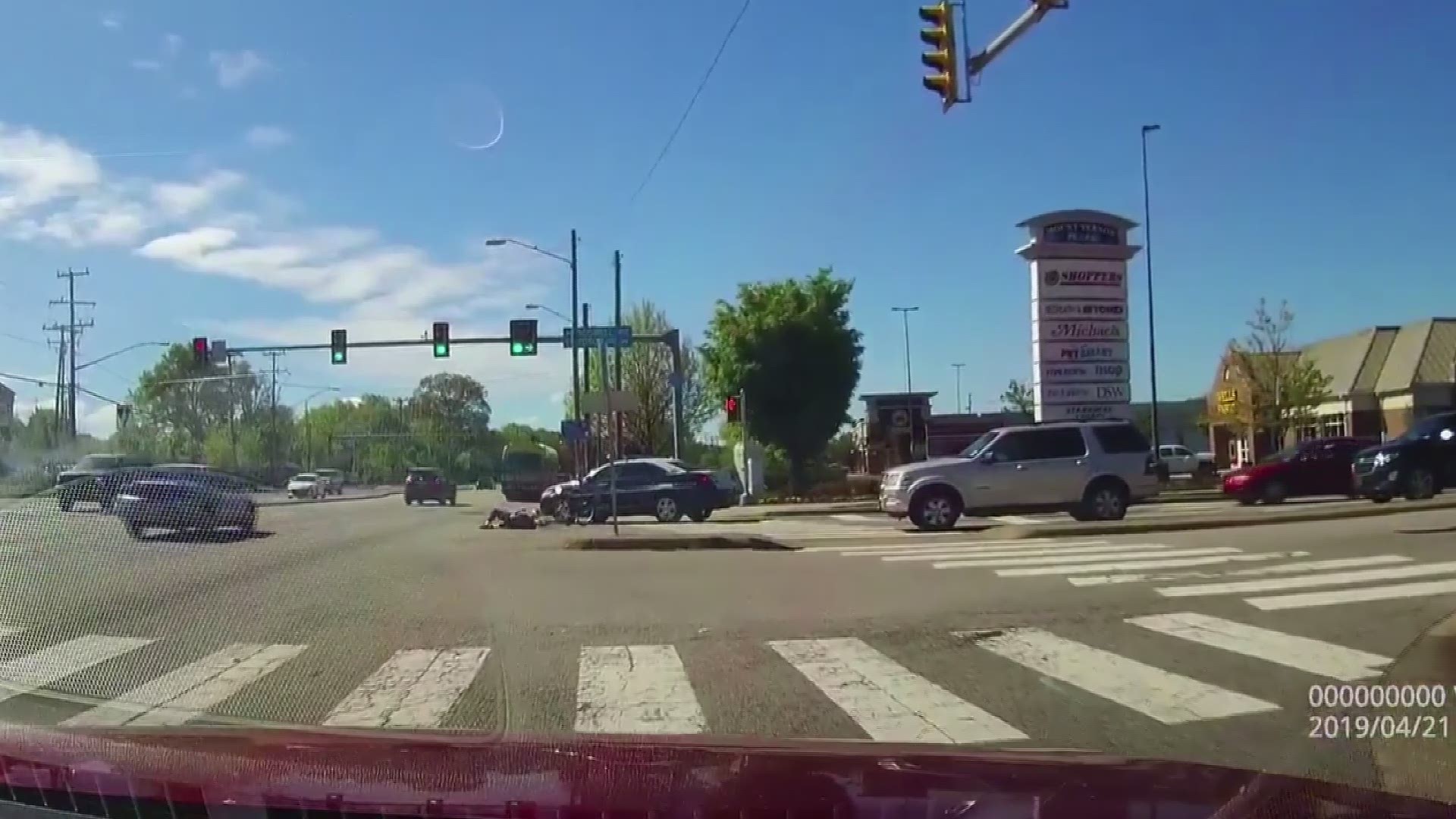 FAIRFAX COUNTY, Va. — A bicyclist hit by a Fairfax County police officer is being charged with “failure to pay full time and attention”— a traffic ordinance in Virginia that requires drivers to be fully focused on the road.

Dashcam video from the police vehicle shows Thomas Crawley, 55, riding his bicycle on a sidewalk along Richmond Highway when he crossed  the road and collided into a police cruiser attempting to turn right on red. The cyclist was taken to the hospital with minimal injuries.

Police say the officer had the right of way and that Crawley disregarded a pedestrian signal that said “Don’t Walk.”

Many feel the police’s decision is unfair, taking to Twitter to voice their frustration.

Browne said allowing right turns on red lights has long been a problem for both pedestrians and cyclists, with collisions happening all too often.

“I’ve been hit myself in that situation,” he said. “And it’s something you can design an intersection to avoid. You can set up a space where pedestrians and bicyclists are more visible, by extending the curb.”

Browne said regardless of who was charged with “failure to pay full time and attention,” the incident should serve as a reminder for all to safely share the road.

“If you do hurt or hit someone, you should have been paying more attention,” Browne said.

RELATED: Painting a 'ghost bike' for DC cycling activist who was hit and killed