Police said that the charges are the result of a yearlong investigation. 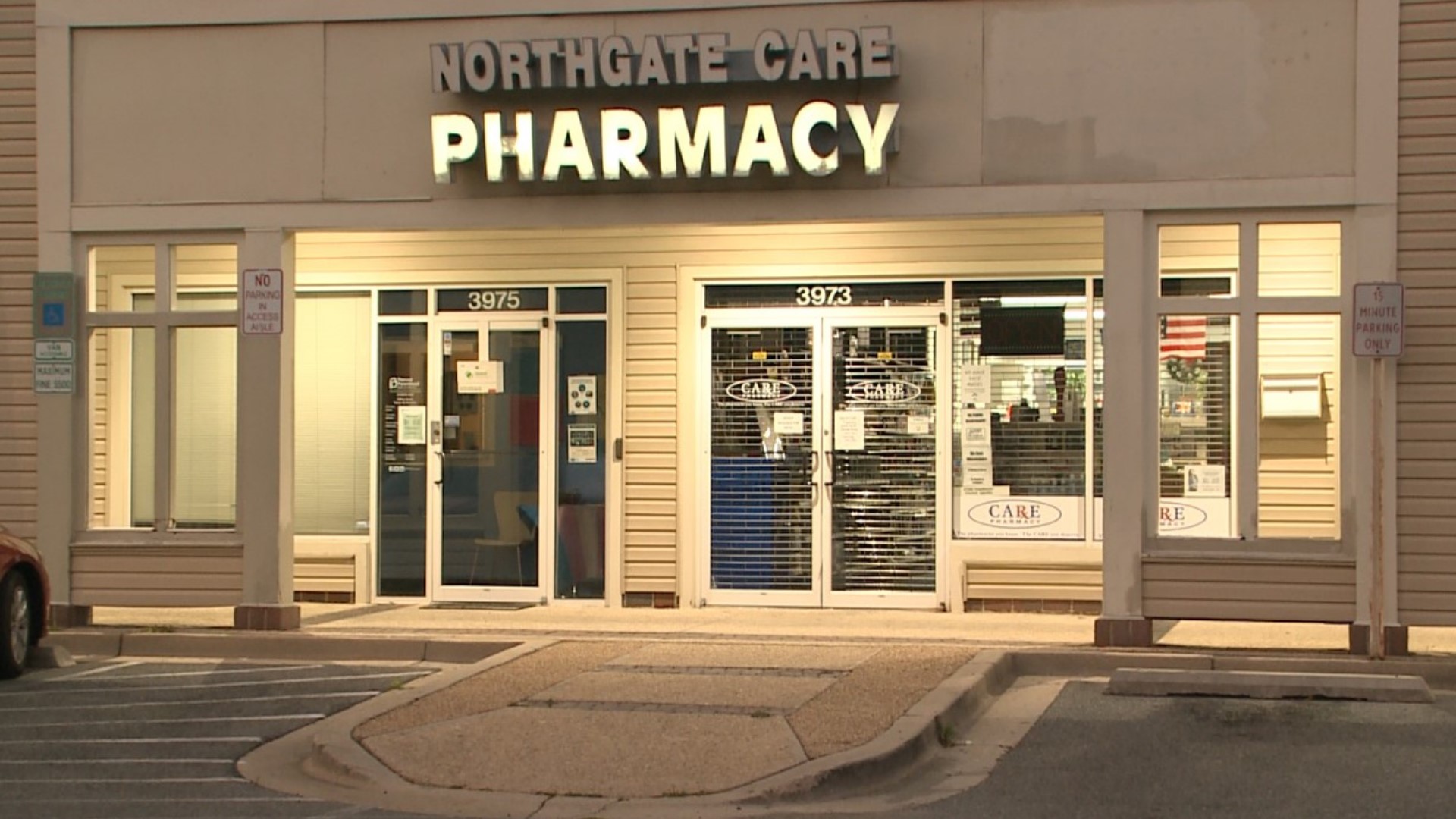 WALDORF, Md. — Charles County Police officers, alongside other officials, arrested a Waldorf pharmacist and his assistant in connection with illegally distributing drugs and narcotics.

62-year-old Vincent Ippolito, a licensed pharmacist and owner of Northgate Pharmacy in Waldorf, alongside 45-year-old Denise Marie Shifflett of La Plata, an employee at the pharmacy, were indicted by a Charles County Grand Jury in August.

Ippolito distributed narcotics to an undercover officer and Shifflett was conducting street deals of pharmaceutical controlled substances that she got at the pharmacy, police said.

Police added that the charges are the result of a yearlong investigation between both agencies operating on a joint task force that focuses on the diversion of pharmaceutical controlled substances.

“Detectives and members of the DEA worked diligently together to bring this case to a prosecutorial phase. Our mission is to help eradicate the illegal distribution of drugs that have negatively impacted the lives of many families,” said Sheriff Troy Berry via press release.

On its Facebook page, Northgate Pharmacy describes itself as being independently owned and in the Waldorf community for 16 years.

Multiple other local shops and stores are nearby at Gateway Plaza, where the pharmacy is located off Leonardtown Road and St. Charles Parkway.

On Monday, a man who works just a few doors down from the pharmacy said he never expected the business to be in the center of an investigation.

"It’s always been just a little neighborhood shopping center," said Thomas Keene, who works at Gateway Vape and Tobacco. "It always seems like a peaceful, safe place where all our local residents come.”

Keene told WUSA 9 that he had been inside the pharmacy before and met the owner.

After hearing about the case, Keene said he never had any suspicions about anyone there.

"I’ve met the employees. A couple of them have been customers at my shop," he said. "It was just a local pharmacy. It’s unfortunate that it happened here. You don’t know what’s going on behind the scenes.”

The Charles County Sheriff's Office asked anyone who may have information on the case to call 301-609-5890.