The employees worked at the Bon Air facility where Taylor and Williams were previously held, Virginia State Police said. 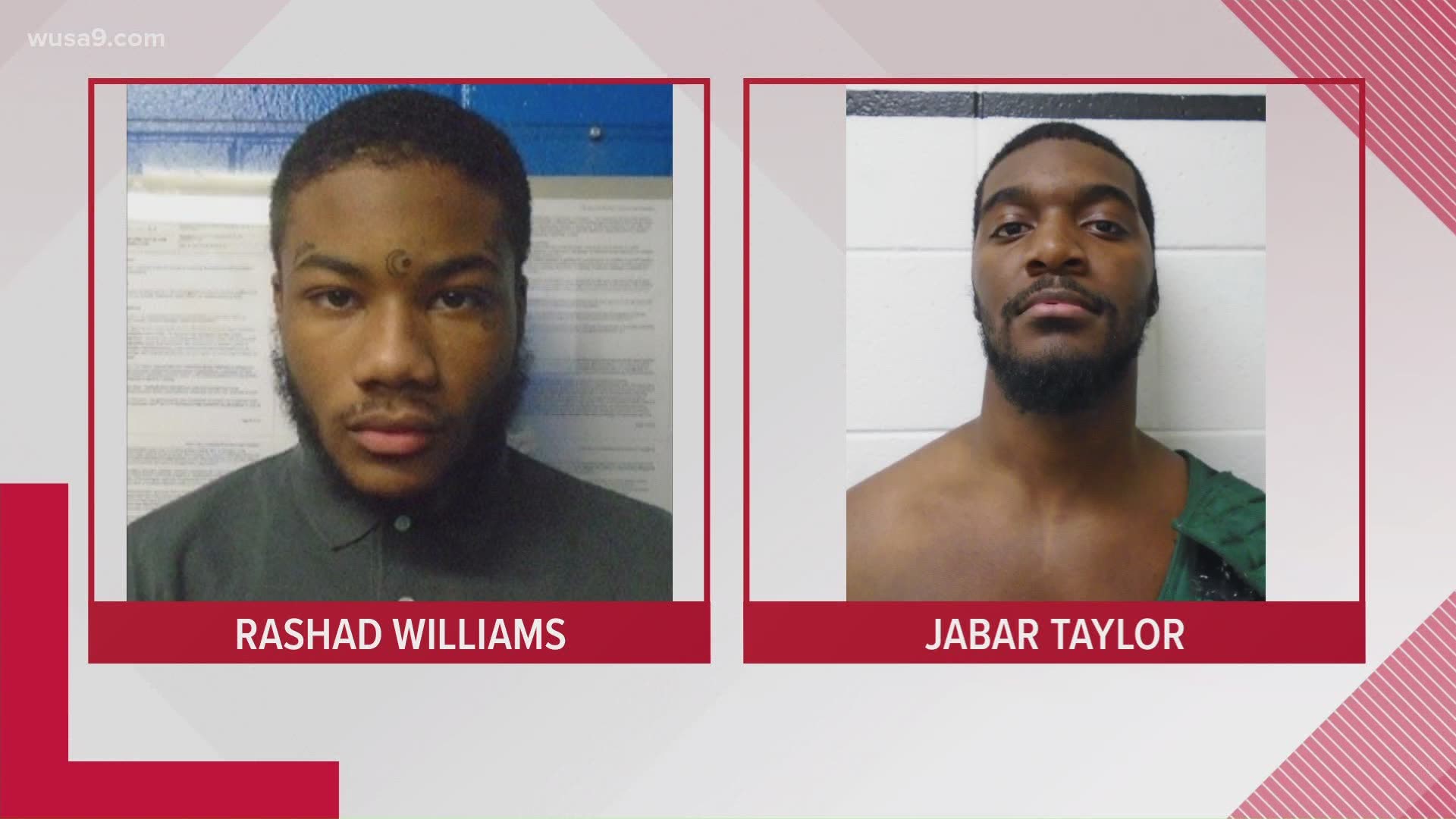 Police charged Bon Air Juvenile Correctional Center worker Darren Briggs, 42, of Lawrenceville, Virginia with one count of providing a cell phone to a prisoner. Virginia State Police charged 23-year-old Destiny Harris of Chesterfield County on Tuesday with two counts of aiding with the escape of a juvenile.

Briggs is the second employee at Bon Air to be arrested.

The suspects – Jabar Taylor, 20 of D.C. and Rashad Williams, 18, of Spotsylvania County – are still on the loose. The pair choked a security guard and escaped through a hole in the fence early Monday morning, according to the Virginia Department of Juvenile Justice.

Taylor was convicted of two counts of second-degree murder and aggravated malicious assault, while Williams was serving time for robbery and malicious wounding, authorities said.

Both were scheduled to be transferred to an adult Department of Corrections facility on their 21st birthdays.

DJJ officials said the duo left in a vehicle that appeared to have been waiting for them. They did not provide any information on where the pair may be headed.

“This is the first escape we’ve had at Bon Air in over 20 years,” DJJ Director Valerie Boykin said. “We are very concerned about how this happened and will fully investigate the circumstances and ensure that appropriate action is taken. We strive to provide for a safe, secure, and therapeutic environment for the youth committed to our care.”

The security officer was treated and released from a nearby hospital room.

Anyone with information on the whereabouts of the two men is asked to contact local authorities or Virginia State Police immediately at (703) 845-6300.

RELATED: Convicted killer among 2 juvenile jail escapees on the loose in Virginia