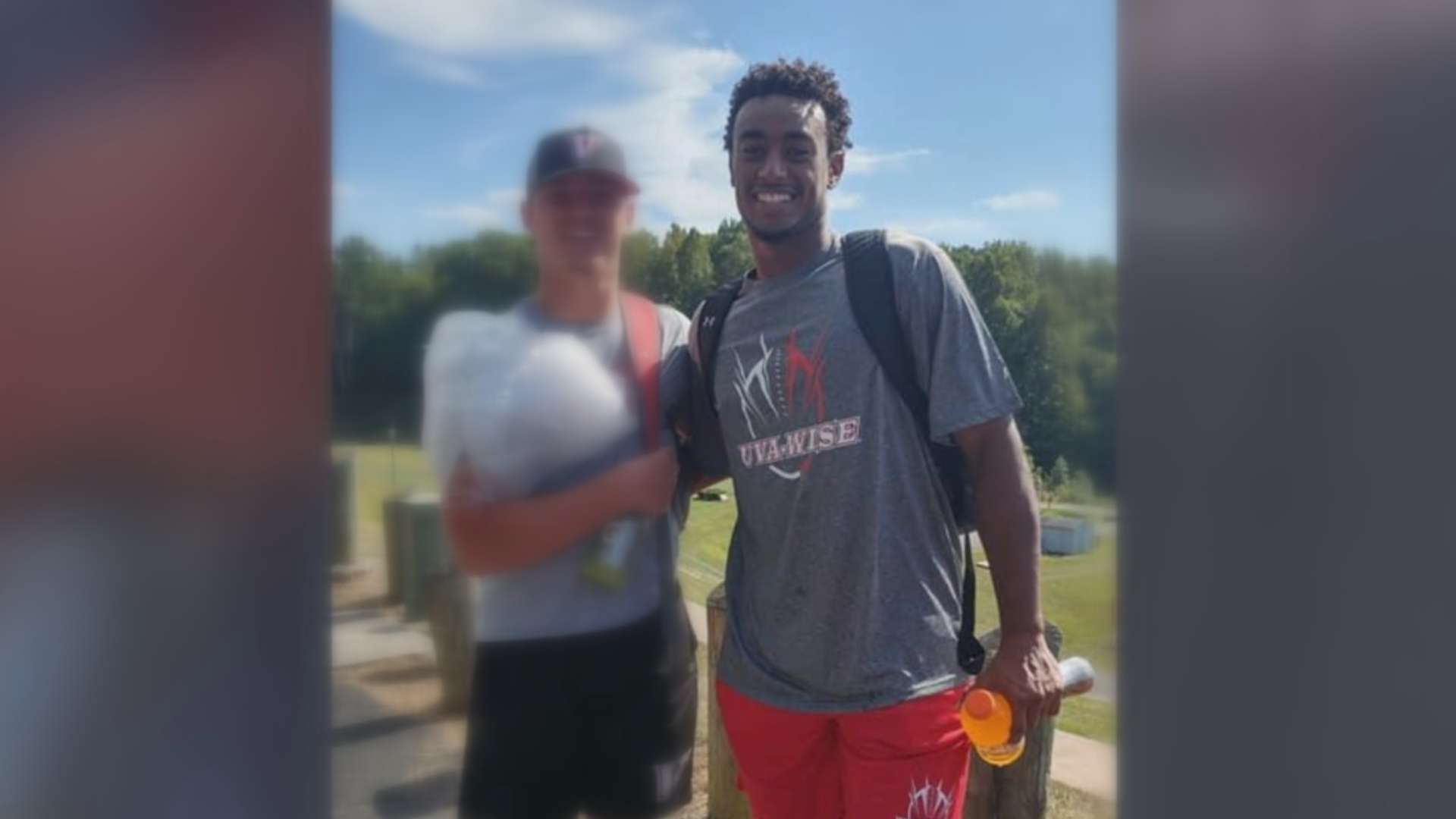 WASHINGTON — Family, friends, and coaches are mourning the loss of a 24-year-old college football player who was shot to death in D.C., becoming the city's 99th homicide.

Sharfi during his college football career played for both Bowie State and UVA-Wise.

UVA-Wise shared a statement Friday, saying he played football for them before graduating with a degree in Management Information Systems in 2020.

“It's hard to see friends like that, especially good friends that, you know, have a purpose in their life and their life be taken away like that," Martinez said.

Sharfi's friends said he was a dedicated athlete, committed to being the best he could be.

“He became like a little brother to us who were older to him, because of his work ethic," his friend and former track teammate, Jordan Foster said.

RELATED: 'He wanted to be a pillar in the community' | Friends say barber killed in Woodmore Town Center shooting had big plans

Sad update to share. Police say DC has hit its 99th homicide of the year: 24 y/o Muntsier Sharfi. @UVAWiseCavs shared this photo, saying "Monty," as his friends knew him, is a graduate and former football player of theirs. @DCPoliceDept is searching for his killer(s). @wusa9 pic.twitter.com/3MUK6VzGhL

UVA-Wise posted the following statement on Facebook about him:

"Earlier today, we learned of the passing of former student-athlete and UVA Wise graduate Muntsier Sharfi ’20. Muntsier was a member of the Highland Cavalier football program during his time on campus and graduated with a degree in management information systems. Muntsier will be forever remembered for his smile and the smile he put on the faces of so many.

If you are a current student and in need of counseling services, contact the Counseling Center, located on the lower level of Cantrell Hall, 276-376-1005, or email counseling@uvawise.edu."

Sharfi's high school track coach and counselor, Deon Taylor, said, "He was the kindest and most great full person I ever met. He encouraged everyone to excel and don't give up on their dreams. He was beyond hard working to the point that he overworked. He never smoked, or drink, or even drink caffeine products which is what makes these circumstances hard to understand. He literally avoids conflict but to a fault, he would go out and help someone without asking questions. Monty continues to come by the school and help out any time I ask him to. I still periodically do speed and explosiveness training with him and we had a couple days scheduled next week. His death is hard to comprehend given it's his nature to avoid dangerous situations. I love him dearly and will miss him."

Taylor said he still trained with him and had sessions scheduled for next week.

Foster said they had just talked days ago.

“Monty was one of those people who wouldn’t harm a fly. Not a bone in his body was negative," he said. "He was a very optimistic person, a goal-oriented person, and just everybody liked him. I can’t think of a person who didn’t like him growing up.”

They're hoping they'll get some answers soon about why he was killed and by whom.

“There's a lot that Monty, he still had to give to the world," Martinez said.

The Metropolitan Police Department currently offers a reward of up to $25,000 to anyone that provides information that leads to the arrest and conviction of the person or persons responsible for each homicide committed in the District of Columbia. Anyone with information about this case is asked to call the police at 202-727-9099. Additionally, anonymous information may be submitted to the department’s TEXT TIP LINE by sending a text message to 50411.