The man was taken into custody after an hours-long barricade situation on Cecily Court in Upper Marlboro. 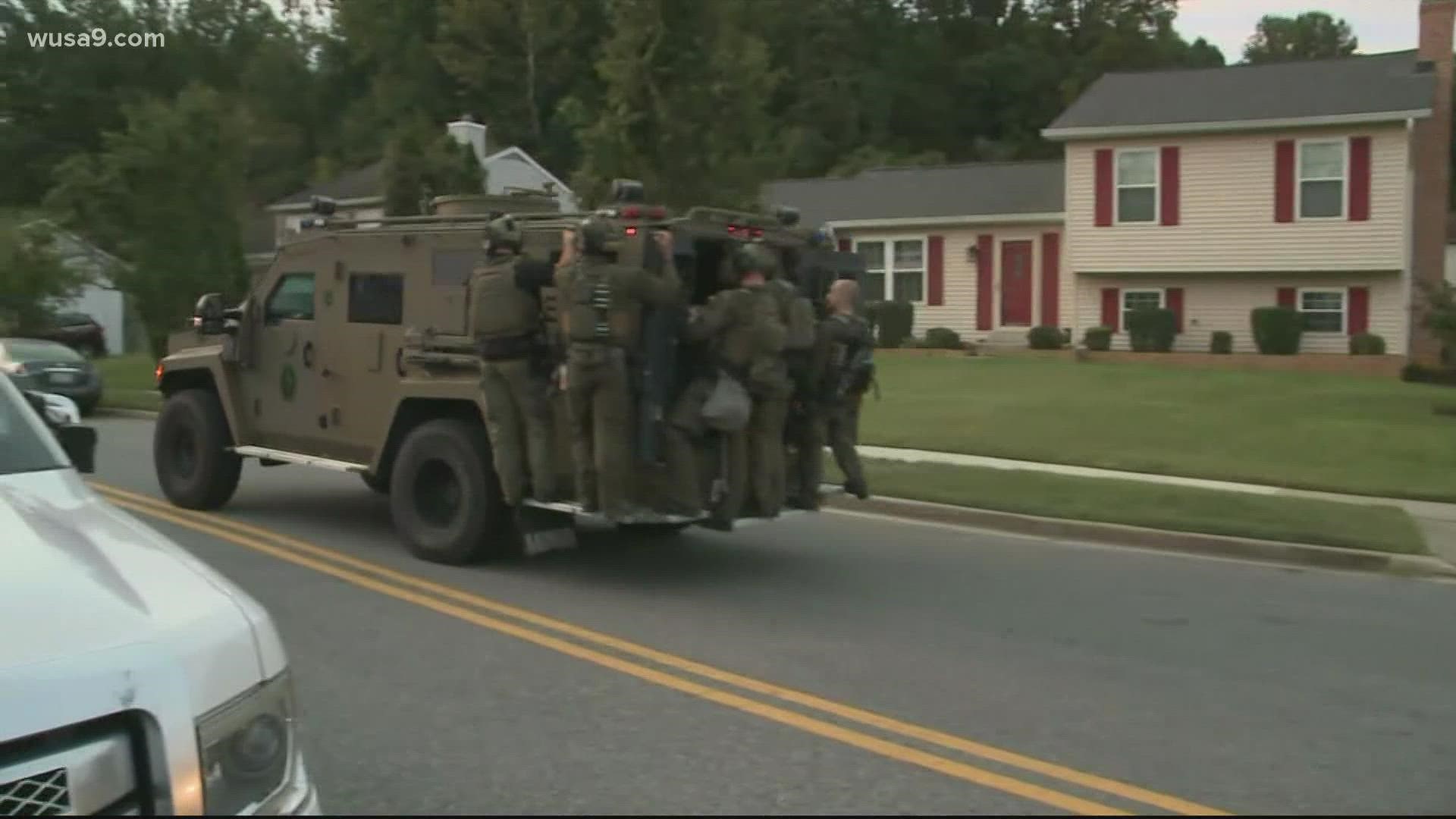 UPPER MARLBORO, Md. — A woman is dead and a man is in custody after an hours-long barricade situation in Upper Marlboro early Thursday morning, Prince George's County police (PGPD) said.

Officers initially responded to the 12400 block of Cecily Court just before 2:30 a.m. for a reported shooting in the area.

Police arrived at the scene and located a woman, identified as 39-year-old Dina Taylor, up the road suffering from multiple gunshot wounds. Medical personnel responded to Taylor with her injuries, but she was later pronounced dead at the scene, a spokesperson with PGPD said.

Police said officers went to investigate the residence and found an armed man, identified as 38-year-old Dionte Sims, and declared a barricade. Negotiators arrived at the scene and Sims was later taken into custody without incident just before 7 a.m. after he surrendered.

Police believe the barricade happened after a domestic incident. Detectives say Taylor and Sims ran out of a home on Cecily Court, and that's when he shot her.

We are told Taylor was Sims fiancée. Investigators say Taylor's son called 9-1-1. Family members arrived at the home and got four kids out of the home and to safety. That's when Sims barricaded himself inside for nearly five hours before eventually surrendering.

Neighbors in the area were shocked by the violence.

"It's normally quiet, we don't hear stuff like this. To hear that that happened...it's really sad," one neighbor said.

Detectives are still working to learn the motive in this case.

Sims has been charged with first and second-degree murder. He is also charged with the attempted first-degree murder of two officers. He is in the custody of the Department of Corrections on a no-bond status, officials said.

PGPD is asking anyone with additional information on this case to call detectives at 301-516-2512. Callers who wish to remain anonymous may call Crime Solvers at 1-866-411-TIPS(8477), go online at www.pgcrimesolvers.com, or use the “P3 Tips” mobile app.