'These men felt they could grab me and publicly lynch me': Officers investigating attack at Lake Monroe

Indiana DNR said it is still investigating and will give its findings to the prosecutor. No arrests have been made. 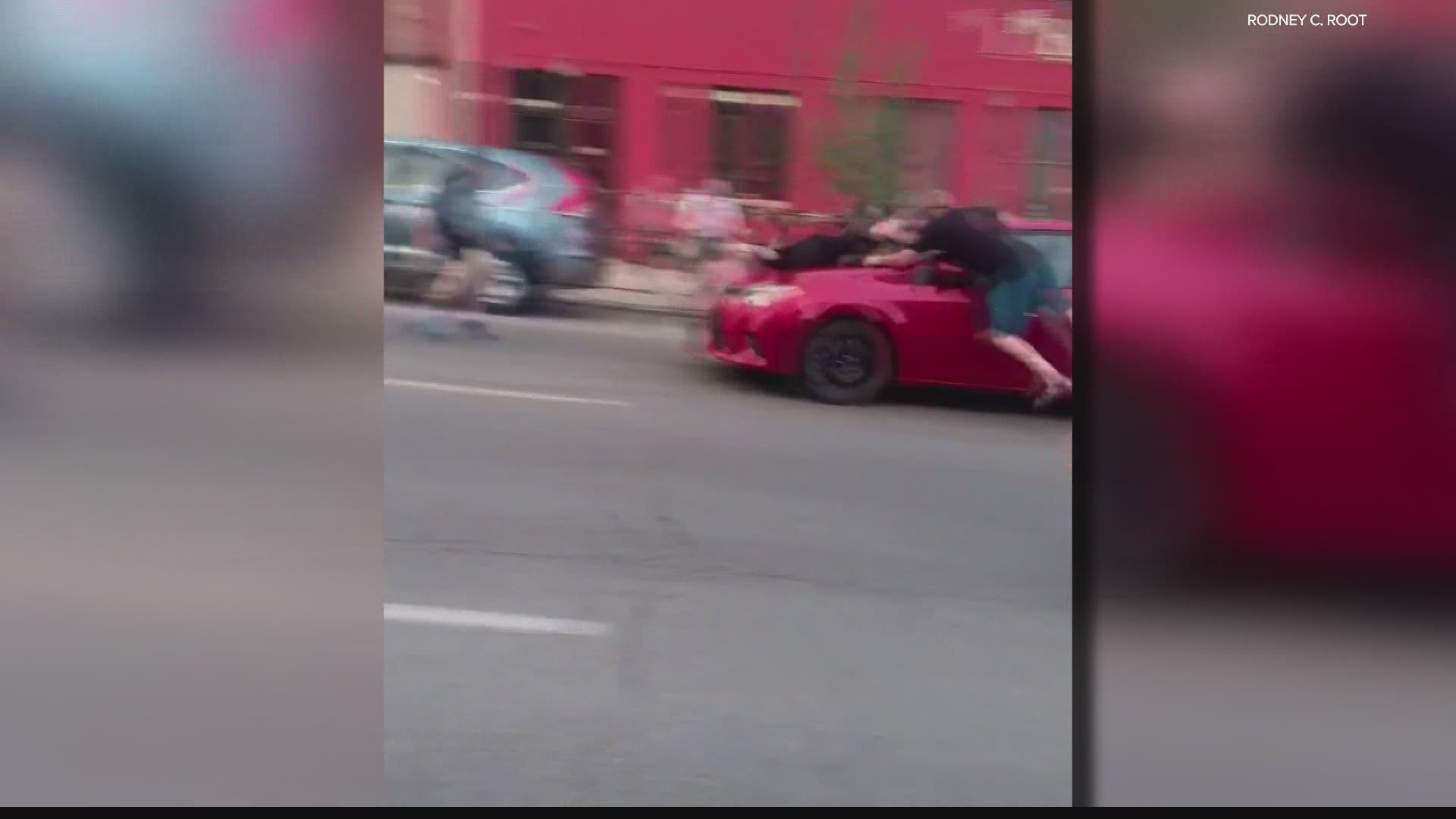 "When you have people's hands around your neck and you hear them yell to get a noose, suddenly racism takes on a whole different meaning," he said.

Booker and a group of friends had hiked to watch the eclipse near Lake Monroe Saturday night.

"I wasn't on private property. Even if I was, it would be reprehensible for someone to attack me. For five men to pin me down and threaten to get a noose while I was pinned against a tree," he said.

Fortunately for Booker, many bystanders decided not to stand by.

"I do think they saved my life because they became more than bystanders. They decided they were not going to watch me be smothered or choked to death. That they were going to intervene," Booker said. 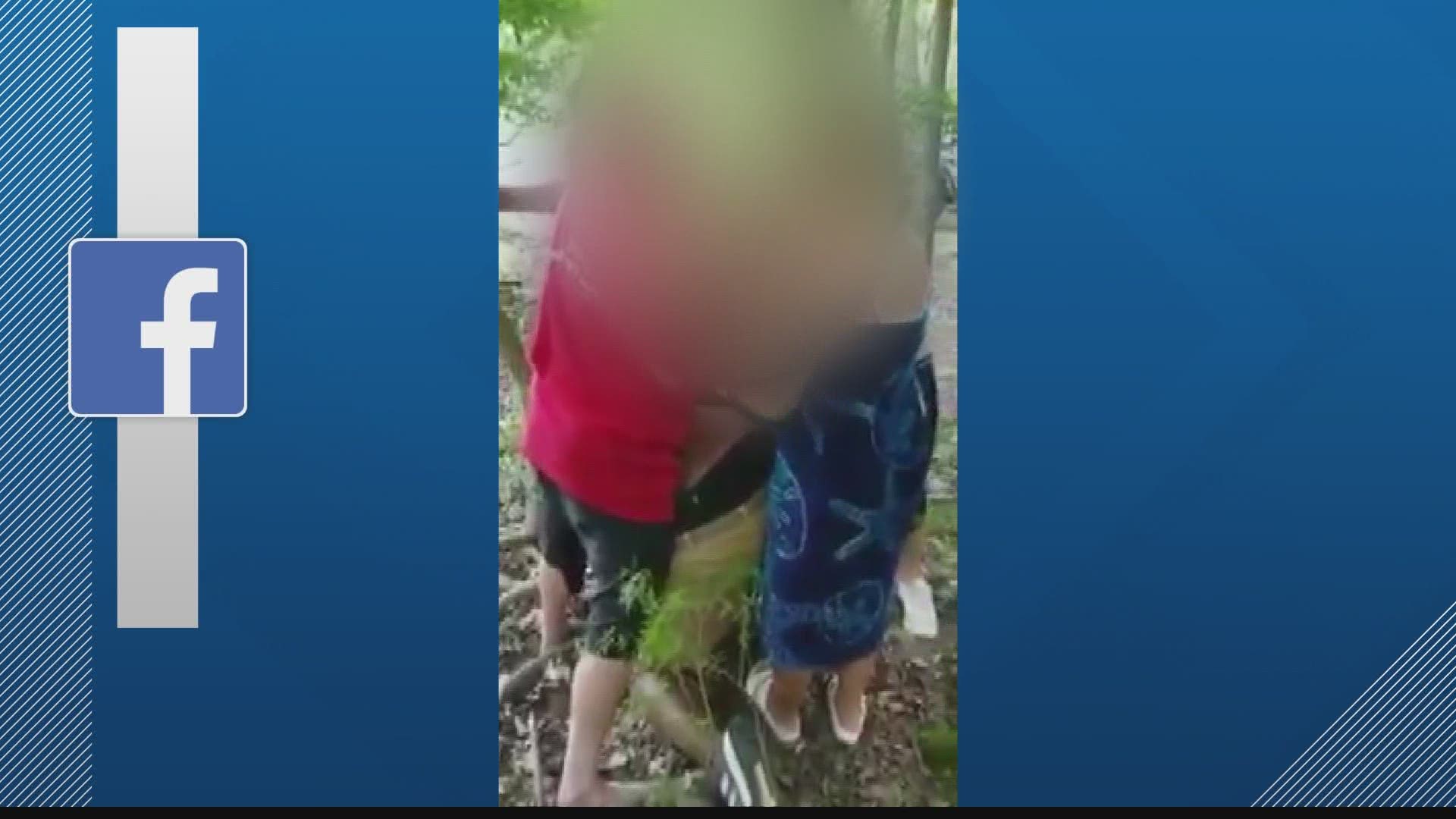 Some decided to take video on their cell phones, which they granted Booker permission to post on his Facebook page.

Even more were offering their support for him on Monday. Chris Cook stopped him on the square in downtown Bloomington.

"To stand up like that in the face of injustice can be a lonely place to be. So for him to know other people are standing with him is tremendously important," Cook said.

"There is nothing that could be more reminiscent of the troubled history of America that on the 4th of July a human rights commissioner being assaulted and almost lynched in broad daylight," Booker stated.

He said he would like to see the men involved in this arrested, but more importantly, he believes there needs to be a change in the system.

“These men felt they could grab me and publicly lynch me because we have a system that doesn't hold folks accountable for being racist," Booker stated.

Booker had been critical that his alleged attackers had not been arrested.

13News reached out to Indiana DNR, which had been called to investigate and was given the following response: "The Indiana Department of Natural Resources, Law Enforcement Division is working diligently with the Monroe County Prosecutor’s Office to ensure a lawful resolution. This matter remains under investigation and no further information will be released at this time."

13News also received a statement from Bloomington Mayor John Hamilton, on the Lake Monroe incident and another incident over the weekend:

"On behalf of the City of Bloomington, we would like to express outrage and grief relating to two apparent racially motivated incidents reported in our community over the July 4 weekend. A group of individuals physically assaulted and denounced and threatened with racial epithets one Black resident of Bloomington on nearby Indiana state park land at Lake Monroe. And a sheriff’s deputy from a neighboring county questioned and detained another Black Bloomington resident walking down the Bloomington street where they live in an apparent example of racial profiling. These separate incidents exemplify the persistence of racism and bias in our country and our own community. They deserve nothing less than our collective condemnation. They require that we come together as a whole, and recognize that racism damages all of us, not just our residents of color. We deserve better, and we must make it happen. Videos of the events remind us of the importance of witnesses and witnessing. Each of us must do our part to assure justice for those harmed in this weekend’s incidents, and do everything we can to forge inclusion and equity in Bloomington, and beyond." 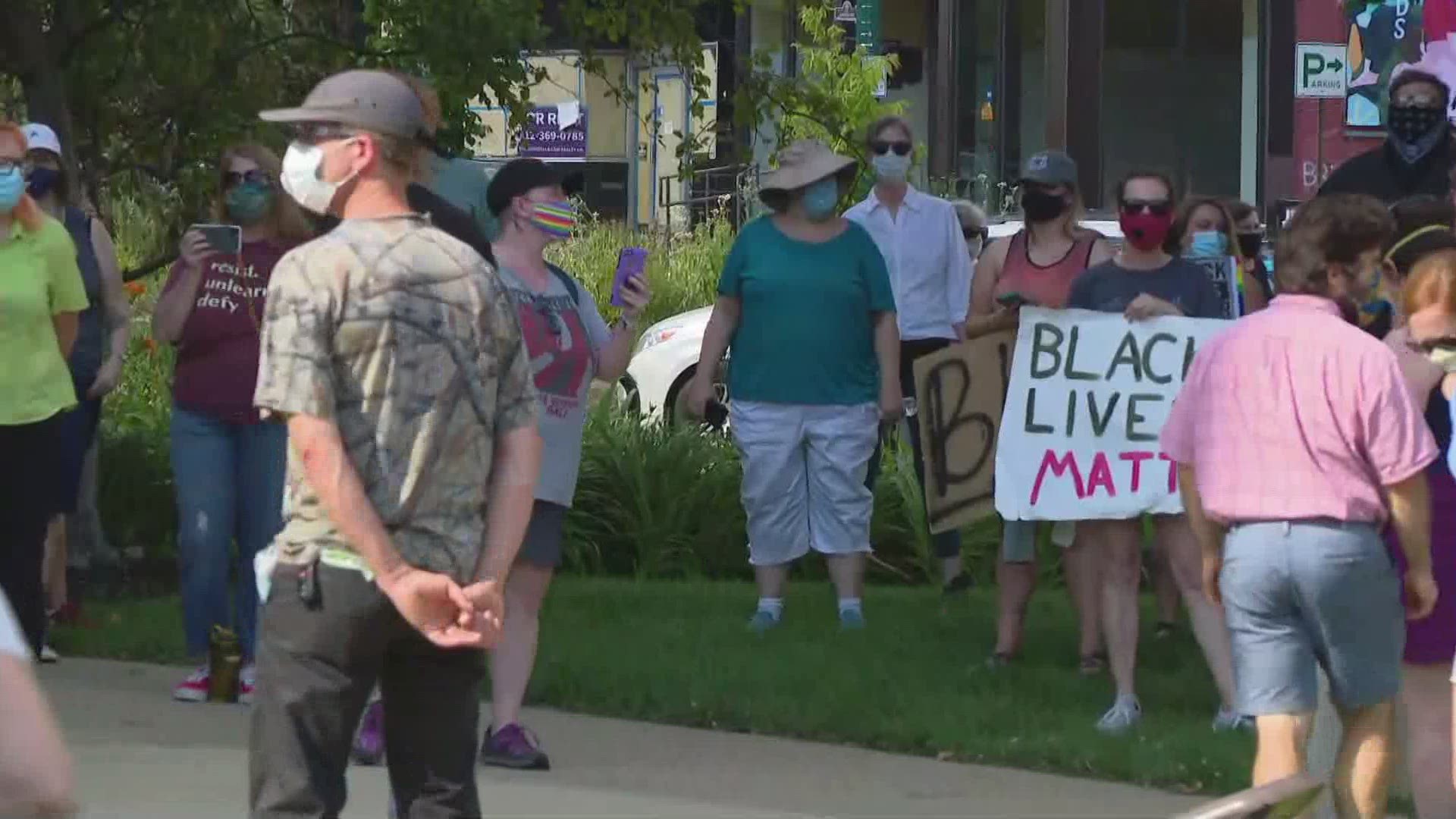 On Monday night, protesters gathered at the Monroe County Courthouse to call for arrests and voice their outrage.

Credit: WTHR
Protesters calling for arrests after an alleged racist attack at Lake Monroe over the Fourth of July weekend.