The Metropolitan Police Department is currently investigating this offense as potentially being motivated at least partially by hate or bias. 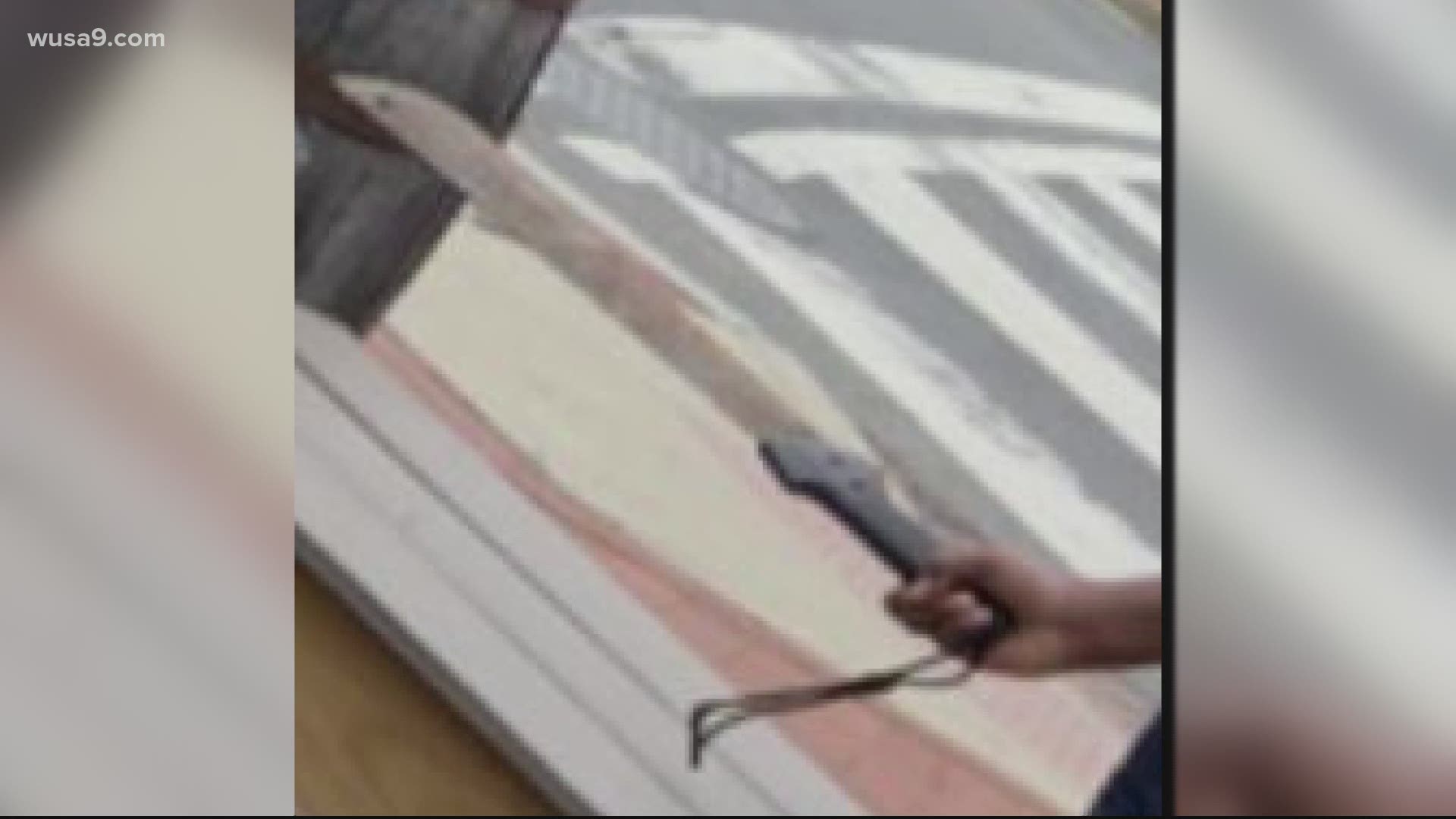 WASHINGTON — A 13-year-old teen boy who allegedly was carrying a machete and threatened to stab a person on Saturday has been arrested by the Metropolitan Police Department (D.C. Police), according to police officials.

The incident happened at 520 Florida Avenue Northwest, which is a location that is very close to Shaw's Tavern.

The 13-year-old has been charged with assault with a dangerous weapon, according to D.C. Police.

Police say that, after threatening the victim, the suspect made derogatory comments before leaving the area. The suspect was captured by a surveillance camera.

Shaw's Tavern co-owner did respond with a statement to WUSA9 report John Henry and said:

“We are incredibly concerned in regards to the incident that occurred Saturday afternoon. MPD has reached out to me personally to discuss the matter and we appreciate their willingness to address the ongoing influx of crime in the neighborhood and their proactive communication with local businesses. But it’s clear this is not a problem that can be solved by MPD alone— we need more action from top to bottom. Unfortunately, a majority of the recent incidents have involved minors, some as young as 12 years old. Over the past several months, we have been in communication with fellow business owners, our ANC, MPD, council members, the Mayor’s office, and youth outreach coordinators in hopes of collectively addressing the instances of crime. Clearly, we’re failing given the frightening nature of this incident, which occurred in broad daylight with thousands of people out celebrating Pride weekend. Shaw’s Tavern is proud to be a gathering place where all people are welcome and celebrated. We firmly condemn any and all acts of hate, including this most recent incident in our neighborhood. We were unable to get the information of the victim yesterday, but would appreciate getting in touch with them to check-in and see how they’re doing.”

Three separate businesses say juvenile crime has been a problem in the Shaw neighborhood lately. Workers at Right Proper Brewing noticed children playing with a machete near their business recently as well.

Here’s a statement from Shaw’s Tavern regarding the incident with the machete outside their business yesterday. (@wusa9) https://t.co/CRJIz8rfAe pic.twitter.com/X0RHRa9YuX

“There was this bag in front of them, right there by the street with a machete in it and they were playing with it,” said Right Proper Brewing Manager Kyare Turner.

He said local businesses have reached out to MPD about all the crime.

“Sadly, unsupervised youth without any positive activities to keep them engaged will get into mischief,” he said. “But this kind of recurrent mischief is harassing these businesses and it’s only a matter of time before somebody gets hurt.”

The Metropolitan Police Department is currently investigating this offense as potentially being motivated at least partially by hate or bias. The incident report states that there was a suspected anti-gay motivation.

The incident occurred while Pride Month celebrations were taking place across the city.

The Department specified that the designation can be changed at any point as the investigation proceeds as more information is gathered. A designation as hate or bias-motivated crime by DC Police does not mean that prosecutors will prosecute it as a hate crime. The Special Liaison Branch is assisting with this investigation.

This is a developing story. WUSA9 will update this story with additional information as it is confirmed by police department officials.