Police said anti-Semitic gestures and symbols were carved in multiple places throughout Sixth and I synagogue, one of the oldest Jewish landmarks in D.C. 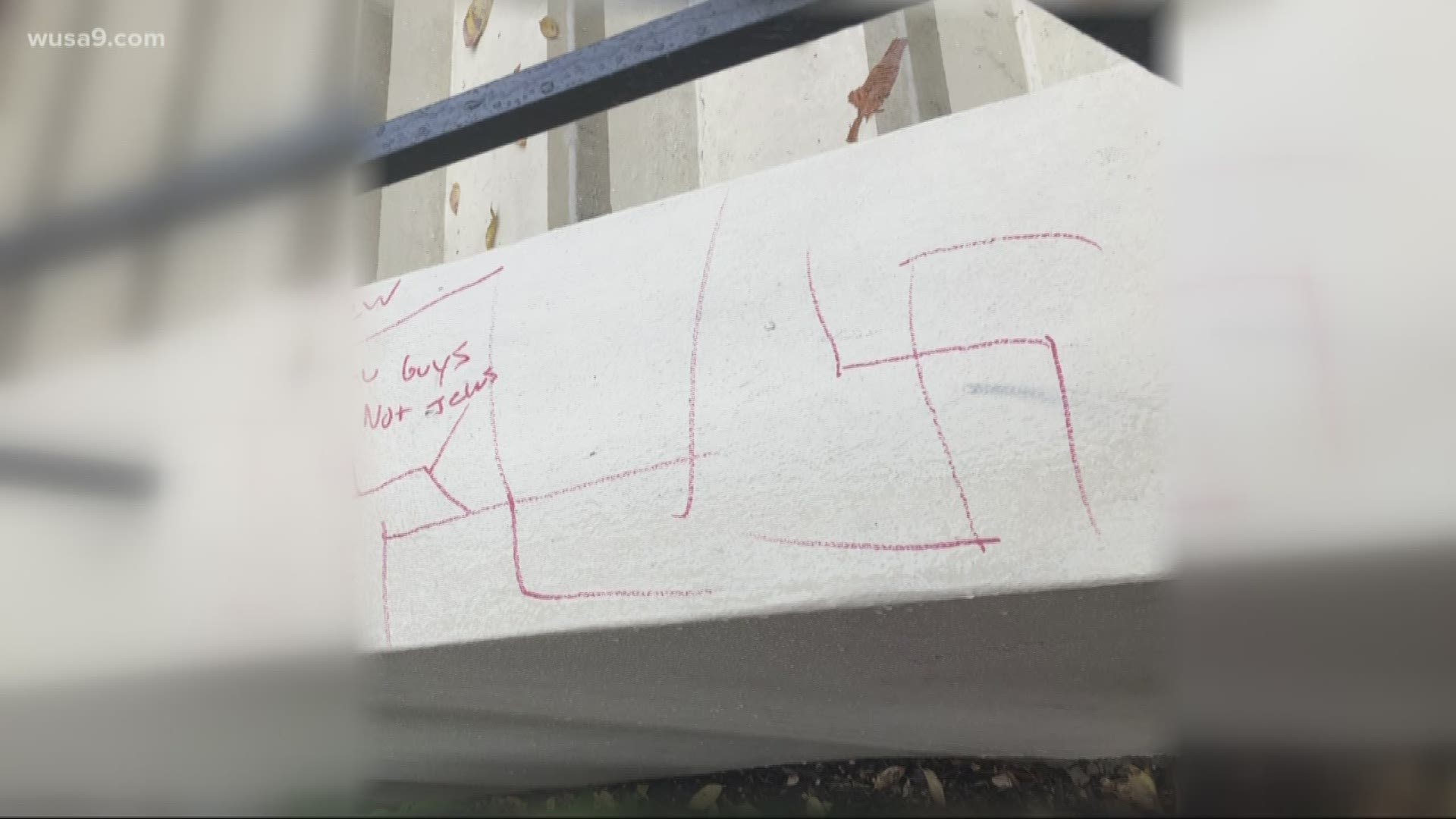 WASHINGTON — A man is accused of vandalizing a historic D.C. synagogue with anti-Semitic symbols, police said.

Luis Monstinos, 28, is charged with defacing and destructing property along with resisting arrest.

According to D.C. Police, Monstinos defaced the Sixth and I Synagogue at 600 I St, NW -- one of the oldest Jewish landmarks in the District. Police said anti-Semitic gestures and symbols were carved in multiple places the property.

Monstinos then left the scene, according to a police report, but officers later found and arrested him Monday afternoon.

"While the damage to the building is minimal and will be fixed quickly, the emotional scars of such a hateful act will take longer to heal," the synagogue said in a statement. "Nothing is more important than the security and safety of our community and we are working closely with the Metropolitan Police Department and other local law enforcement."

Previously in January 2019, hateful messages were found sprayed at 2 auto shops in Northeast D.C. in the 1000 and 900 blocks of Brentwood Road. The words "I WANT JEXIT!" were found scrawled in front of Shalom Tire and Auto repair.

D.C. Police investigated and checked the area for surveillance cameras, but did not have a description of any possible suspects.